The shooting performance is surprisingly good. Autofocus speed and shot-to-shot times are both nippy, making it quite fun to take photos with. There are few things as annoying as bad shutter lag in phones, and there’s very little of it here. 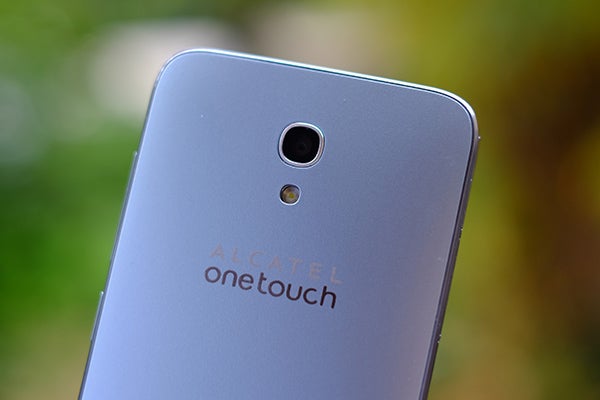 The camera app is simple and easy to use, too. You don’t get loads of customisation or enough modes to confuse, but all the basics we like to see are here, and laid out reasonably well.

You get HDR, panorama and a couple of night/sport scene modes. There’s an advanced mode, too, but as it only lets you control ISO, timer and picture size, it’s not desperately useful. 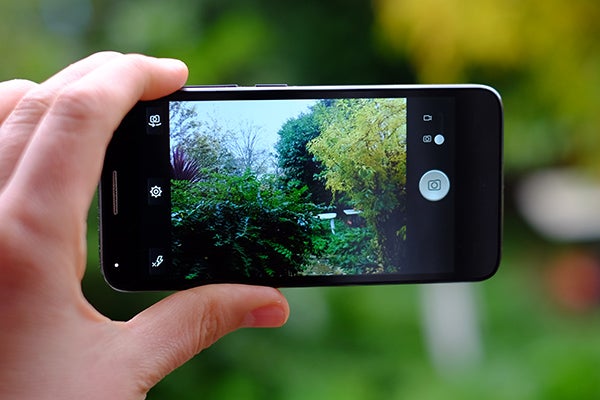 Image quality is basic, but fair. In good lighting the results are perfectly respectable, but in low light the images become very soft, with detail pretty severely compromised, even in standard indoors lighting. 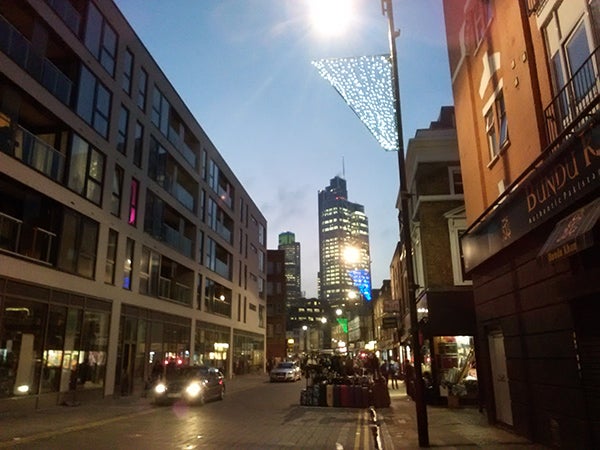 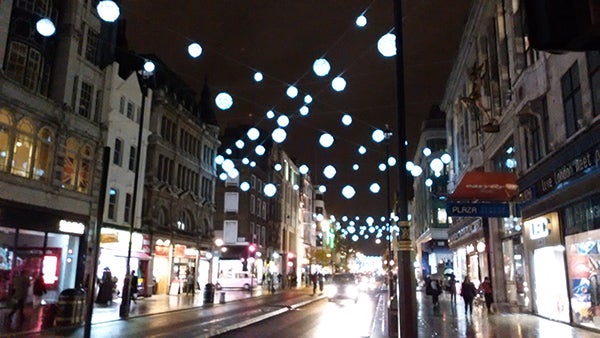 You can see what’s going on here, but the image is very soft and the Christmas decorations have become indistinct blobs 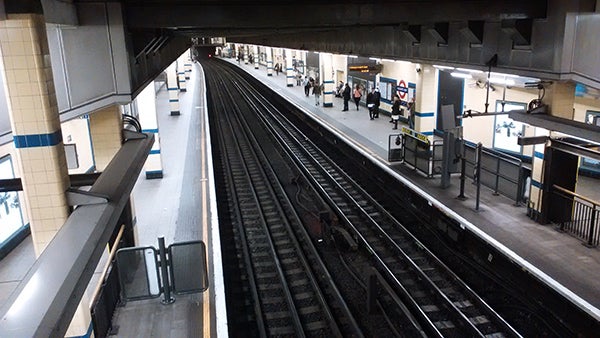 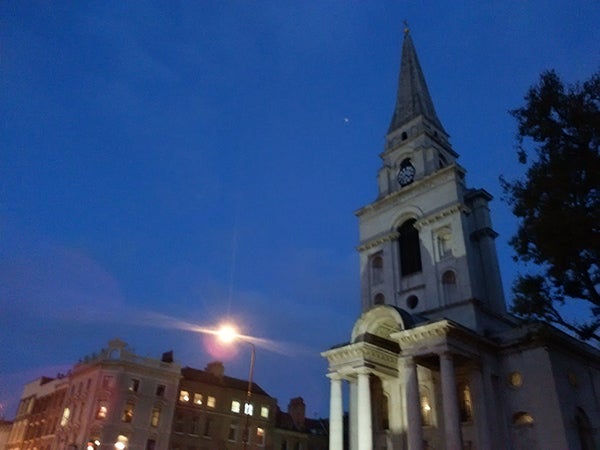 Another classic example of how soft images get in lower lighting. Colour and brightness levels are fine, but it’s desperately soft 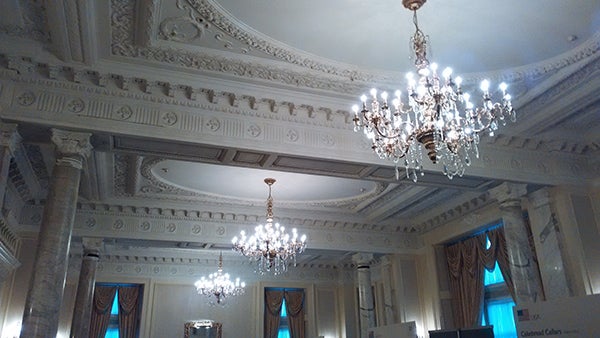 For all the little niggles with the Alcatel OneTouch Idol 2 Mini S, the one issue that we found truly hard to live with here is battery life. It’s terrible.

This doesn’t seem to be simply down to the battery capacity, as at 2000mAh it’s similar to rivals like the Moto G, which offers decent stamina. In our standard video test, where we loop a 720p video at medium brightness and see how long it lasts, the Mini S only lasted for around four hours and 25 minutes. We’d ideally like to see the phone last at least eight hours. 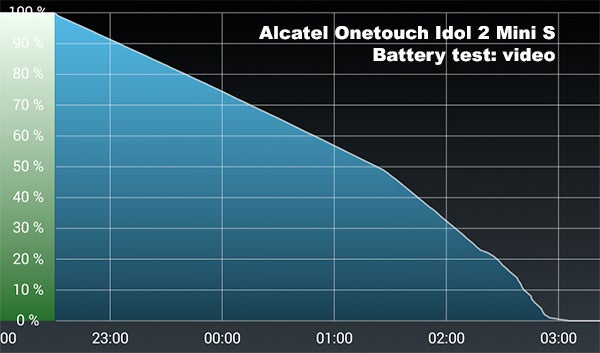 You can also see in the graph that the first 50 per cent of the battery lasts for longer than the second 50 per cent, which can give you a false sense of security.

When using the phone more normally, we just about managed to get a day out of the Mini S with light to mid use. However, start browsing and the level nosedives, especially if you’re past the 50 per cent stamina mark. 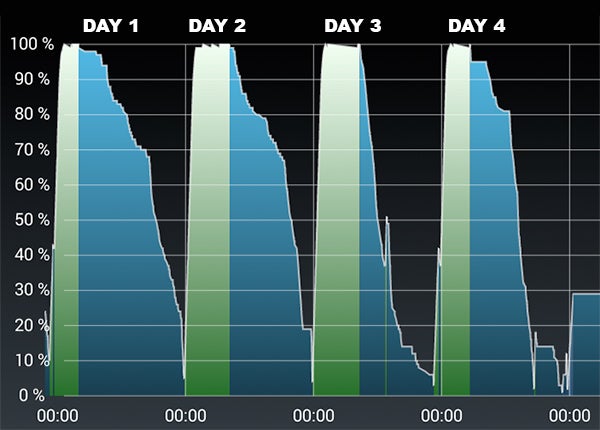 A bit of browsing on a work commute will almost ensure that this Alcatel doesn’t make it to midnight without a visit to the power plug. It’s not really good enough.

The sound and call quality are much less problematic, but offer nothing too notable. There’s a mono speaker on the back, and while top volume is fine the tone is quite thin, turning a little harsh at top volume.

Call quality is slightly scratchy, too, without the mid-range warmth that can act as a buffer for your ears. We found it perfectly clear in most situations, though. 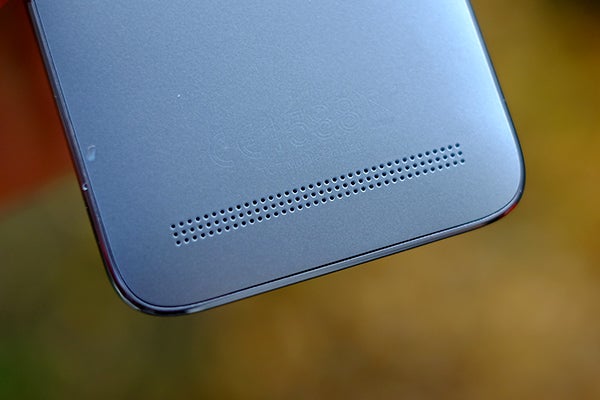 The Alcatel OneTouch Idol 2 Mini S is a 4G phone, and it supports all the bands currently used in the UK – at least in the version sold here. Alcatel also produces a 3G version, without the ‘S’ suffix. 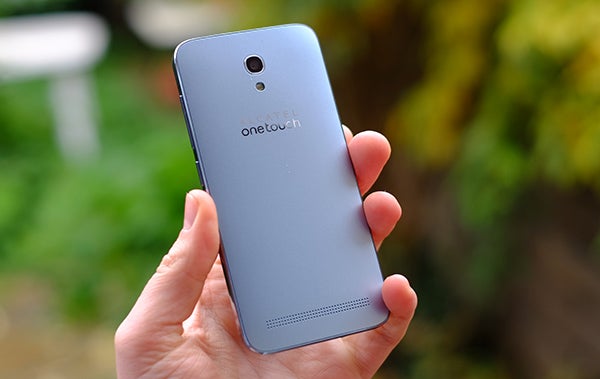 Should I buy the Alcatel OneTouch Idol 2 Mini S?

The Mini S is a budget phone, but we’re honestly not sure if it’s cheap enough given the issues we have with its software and parts of the hardware. At the price you can get a 5-inch Moto G or the 4.5-inch 4G Moto G from 2013. They are better phones in almost every respect.

We also find the £99 EE Kestrel a more consistent phone, despite being much cheaper on a pre-pay basis.

Even if it wasn’t for the rather high SIM-free price of the Mini S, the phone’s poor battery life makes it hard to recommend too strongly, even on a bargain-price contract.

Poor battery life and a SIM-free price that’s too high mean this phone struggles to compete in the budget arena.