Launched
at the Mobile World Congress 2013, the Alcatel One Touch Star is an entry-level, budget Android smartphone that aims to offer stylish design and solid performance for a reasonable price. It’s fair to say that Alcatel
hasn’t exactly set the UK alight in recent years with very few of its
smartphones being made available to the UK market. This is all set to change in
2013, so we decided to go hands-on with the Star to see what it has to offer and whether it’s
worth considering. 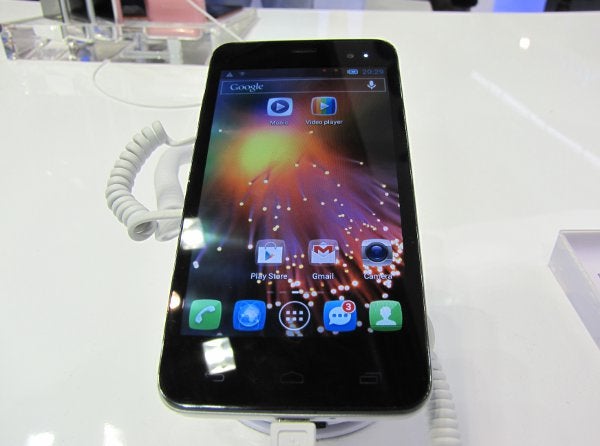 Alcatel hopes that its
One Touch range will help to redefine the company
as a smartphone maker that places the focus on user experience, style and value.
Clearly a lot of thought has gone into the styling of the One Touch
Star and the brushed aluminium finish both looks and feels reasonably premium in the hand. Overall, the phone certainly looks more expensive than its €150 price tag would suggest.

While the plastic trims are a bit on the cheap side
the rest of the phone feels solid in the hand with no signs of
creak or give. It’s not the slimmest phone by any means, but
neither is it a porker and its small enough overall to fit comfortably inside a pocket. The One Touch will come in white, silver, grey, and in a rather fetching bright pink for the ladies. 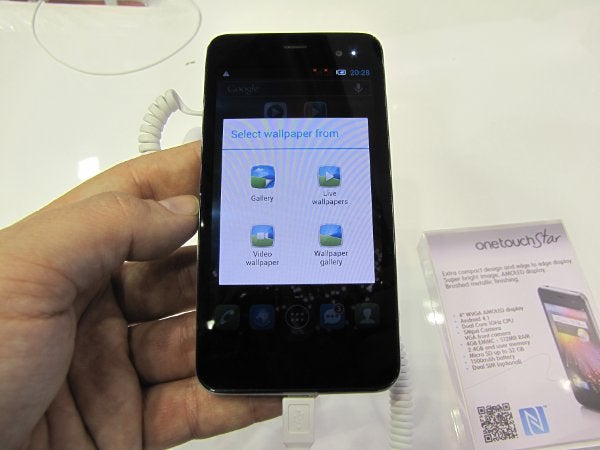 One
of the most striking features of the One Touch is its 4-inch, 480×800
pixel AMOLED screen. While this is hardly the most resolute screen on the market the colours are deep and rich, while brightness also impresses – we found video to be eminently watchable on the One Touch’s screen, even in a brightly lit
room. While it’s unrealistic to expect a HD display on a budget phone such as this, we found the One Touch’s screen offers plenty of pop for the price. 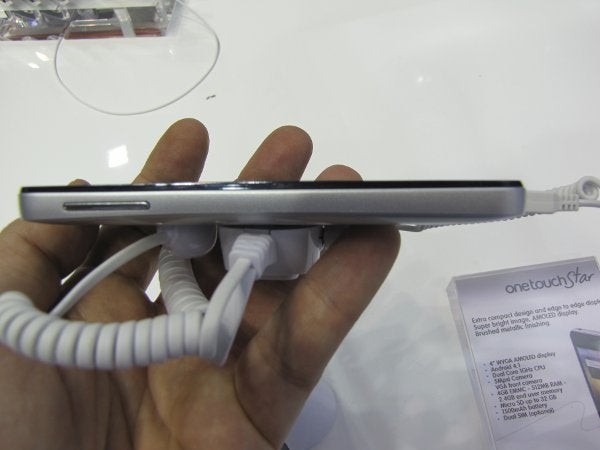 The
One Touch Star runs Android 4.1 Jelly Bean overlaid with Alcatel’s unobtrusive
custom UI. This gives the phone a fun feel with rounded corners on icons, along with an Alcatel
specific lock screen and unlock mechanism. Jelly Bean 4.1 isn’t quite the
latest version of Google’s mobile OS, but it’s still pretty slick.

Inside the One Touch, a
dual-core 1GHz processor does a good job of keeping things running
smoothly. We didn’t experience any noticeable lag while scrolling through or opening apps,
although the rather paltry 512Mb of RAM might cause some issues if
multiple apps are running at the same time.

Having only 4GB of internal memory (2.4GB of which is available to use) means that being able to add
external memory is a must with the One Touch. Thankfully Alcatel have obliged with a Micro SD card
slot that supports cards up to 32GB. 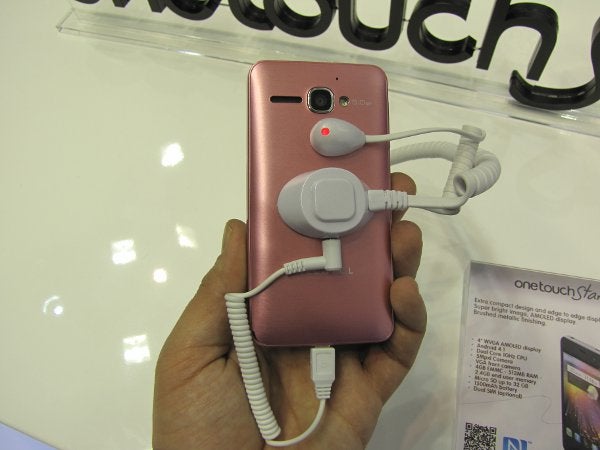 The
5MP camera on the One Touch isn’t exactly ground-breaking
but it does come with an LED flash and can also record 720p HD video. We didn’t
get a chance to test it in any depth, however. 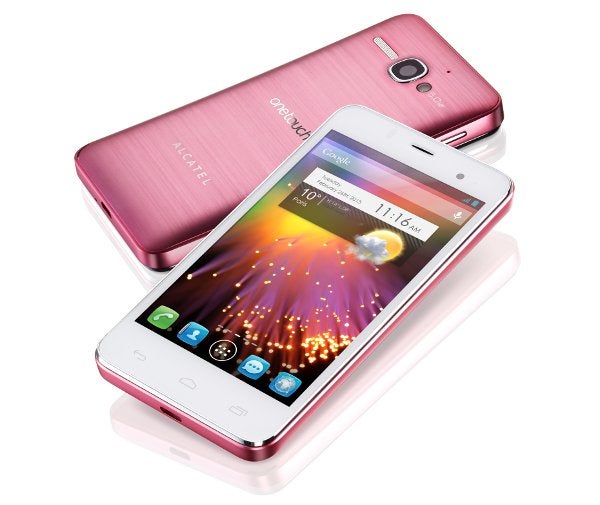 The Alcatel One Touch Star has been an unexpected treat at MWC 2013. Despite its budget price, it’s a really nice phone that’s smartly designed too. Not only that, but its headline specs all but match the Galaxy S3 Mini’s despite Samsung’s phone being nearly twice the price. Given all this we’re really looking forward to getting our hands on a review sample to see if Alcatel’s little Star can burn brighter than its big-name rivals. Could Alcatel be about to make a name for itself in the smartphone market? Keep your eyes peeled for our full review to find out.

The One Touch
Star will be available in Europe for around €150 (c.£130) SIM-free from March
2013 and will come as either single or dual SIM. Exact UK and US pricing has
yet to be confirmed.