French manufacturer Alcatel has traditionally been known for producing
basic phones; if you wanted anything above texting and calling and
rudimentary web browsing then you had to look elsewhere. That’s all set
to change with yet more additions to the company’s One Touch range, launched
at Mobile World Congress 2013. 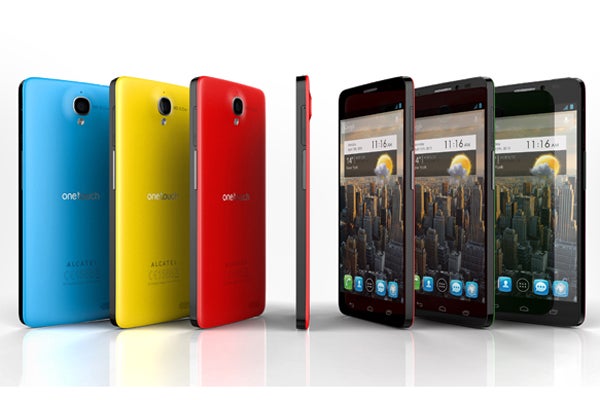 Leading the range is the One
Touch Idol X, a quad-core 5-inch Full HD handset. But can Alcatel really
compete in the cut-throat world of high-end touchscreen smartphones? We
went hands-on with the One Touch Idol X to find out.

There
are certain things we’ve come to expect with budget smartphones and one
of them is that design will be compromised. This often results in
devices which feel cheap and plasticky, and which could all too easily be the butt of “Yo mama so ugly” jokes.

The One Touch Idol X bucks
this trend by looking every bit as good as most of the high-end phones available on the market
today. At just 7.1mm thick it’s 0.5mm slimmer than an
iPhone 5 and a whole 1.5mm thinner than the Galaxy S3. On top of that
the Idol X sports a tiny screen bezel, just 2.4mm thick which makes it
one of the most compact 5-inch phones out there. 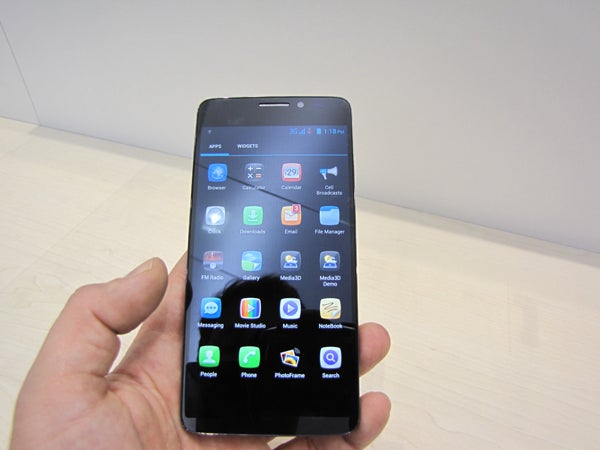 Available in a variety of colours the soft-touch
plastic on the back of the Idol X is pleasing to hold and gives the Idol X some additional grip that’s sorely lacking in the
majority of phones on the market today. It also gives the phone a surprisingly
premium feel, unlike the sensation of smooth plastic which often feels
cheap.

Dan Dery, Alcatel’s Chief Marketing Officer told Trusted
Reviews that the One Touch range isn’t designed to compete directly with the Galaxy S3
and iPhone 5, rather it’s about providing consumers with
“simple, easy to use and easy to choose” phones and creating “devices
for people”. This seems like a sensible marketing angle to us, however good design will be paramount if Alcatel is to
be successful with their One Touch range of smartphones. 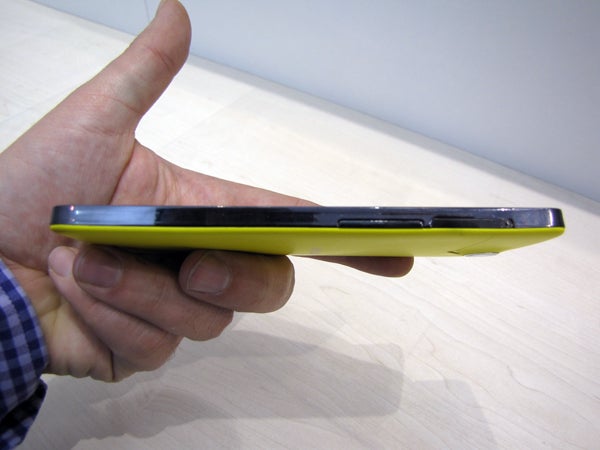 As
with the One Touch Star, Alcatel have surprised us with the quality of
the screen on the Idol X. The 5-inch 1920×1080 Full HD IPS display is
stunning, and not just for a budget phone either. Unlike on some AMOLED
displays colour reproduction is excellent, with full HD content also looked particularly lively. . Viewing angles are also very good with no noticeable colour shifts. 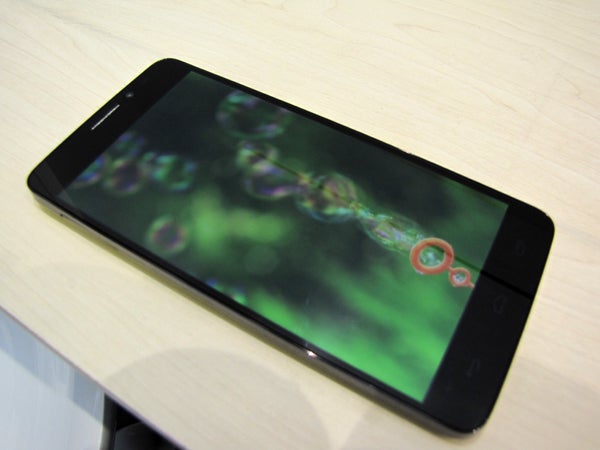 With
a 1.5GHz quad-core processor and 1GB RAM on board the Idol X runs Android 4.2.1
Jelly Bean smoothly with no apparent jerkiness when opening apps
or scrolling quickly through the phone. There’s no lag with
multitasking either, as we’d expect with that much power under the hood. 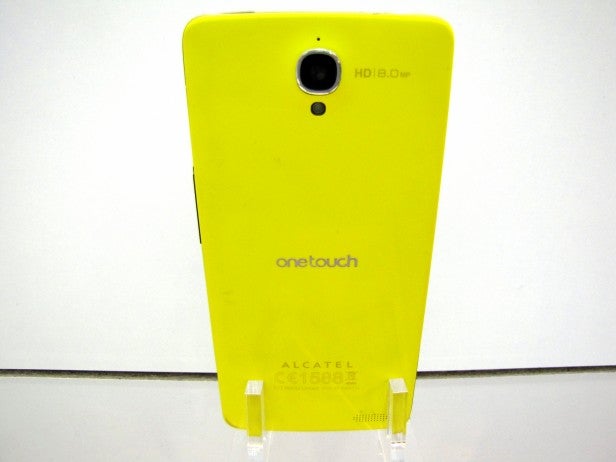 In
terms of storage the Idol X offers 16GB of internal memory, which can be increased by
32GB thanks to the addition of a microSD card slot, which should be sufficient for all but
the most content hungry users.

One concern we do have One Touch
X, as with so many smartphones, is battery life. It’s impressive that
Alcatel have managed to cram a 2000mAh battery into such a slim phone, however that 5-inch Full HD screen and quad-core processor will doubtless be power
hungry and we can imagine the battery draining fast. We’ll have to wait until we
can perform our own battery tests before we have a true indication of how
long it can last. 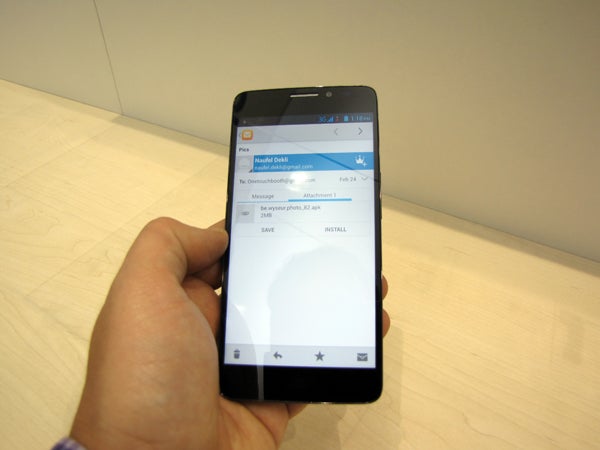 In terms of user interface, there’s not much to differentiate the One
Touch Idol X’s version of Android from the vanilla offering so those
used to Jelly Bean shouldn’t have a problem getting to grips with it at all.

There are presently conflicting reports on whether the UK version of the One Touch X will be 3G
or have 4G capability. We’d expect to see a 3G offering for the UK market,
but 4G for the Asian market which has a more developed 4G
infrastructure. 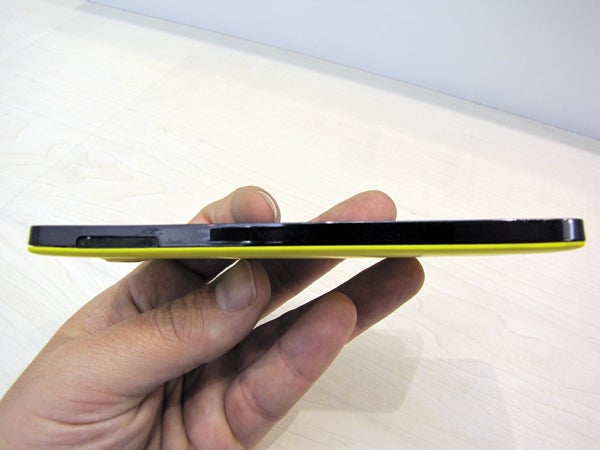 With
an 8-megapixel camera the Idol X won’t exactly be cutting edge when it
comes to mobile photography. We don’t expect good performance in low-light
conditions either, however the camera should be perfectly adequate for basic
snapshots. Full HD video recording will also feature. A 13-megapixel dual-SIM
version of the phone (sans microSD slot) will also be produced, but it’s
unlikely this version will appear in the UK, US or Europe. 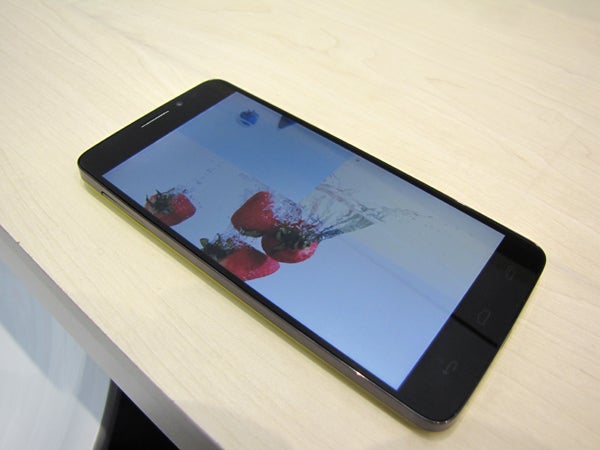 It’s
safe to say that we were impressed with the One Touch Idol X prototype
we got our hands on and with a potential price of under £250 (TBC) it
looks to be an absolute bargain. The four colour options and sleekness
of design will appeal to the style conscious who don’t necessarily want
to spend more than twice the money on an iPhone 5 or Galaxy S4 for
features they’ll never use such as NFC, 4G or (the much mooted)
eight-core processor. Barring an issue with battery life we expect the
Idol X to be a heavy hitter in the mid-range phone category. Keep your eyes peeled for a full review soon.