This year many teenagers are likely to have a smartphone on their Christmas wish list – something that’s going to strike fear into the hearts of parents when they see the sky high prices of premium handsets like the iPhone 5 and Samsung Galaxy S3. Yet, Android smartphones prices have been falling and there are many cheap and cheerful handsets available that are ideal for first time smartphone users. Just in time for Christmas, Alcatel has set new benchmark for low prices with the Alcatel One Touch 903, an Android phone that’s available for £40 on a Pay As You Go basis. Admittedly it’s a very basic phone, but it’s still a much better option than the feature phones which were previously the only options at this price point. 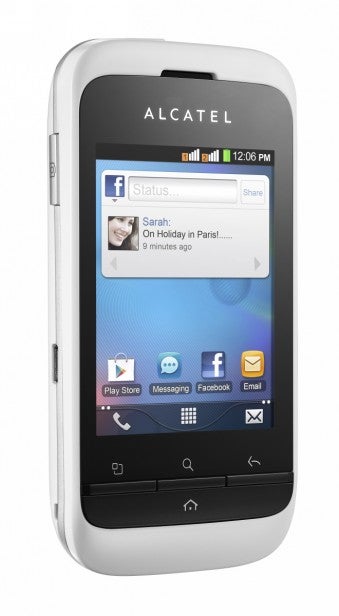 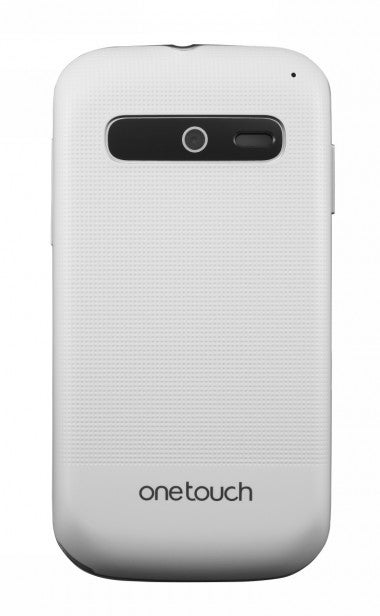 It may have a rock bottom asking price, but the Alcatel One Touch 903 actually looks fairly attractive. It’s available in three colours – black, white and fuchsia – and each has chrome highlighting on the band running around the outer edge of the handset, as well as on the indent for the camera found on the rear battery cover.

The battery cover has a slightly rubberised feel and, in combination with its dimpled pattern, it makes it grippy to hold. The front has a more glossy finish, but the thick border around the screen does make it look a little bit dated. Nevertheless, it’s interesting that Alcatel has used physical buttons, rather than touch buttons, for the home, search, menu and back functions. Initially they feel a bit old fashioned, but they’re very responsive and we grew to like the tactile feedback of the click they make when pressed. 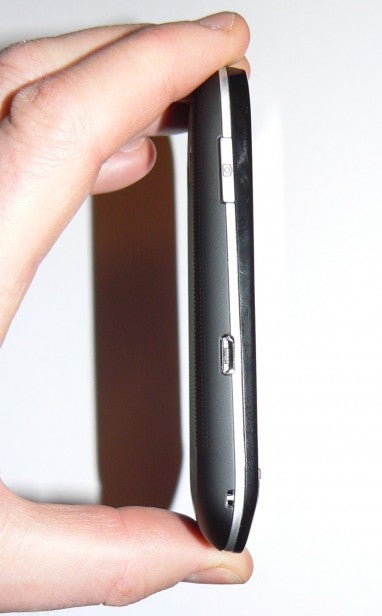 Naturally the Alcatel One Touch 903’s screen isn’t going to win any awards for its quality or sharpness, but to be fair we’ve seen worse screens on Android phones that cost over £100. As a result, it’s actually better than we expected for the price. Admittedly at only 2.8-inches it’s one of the smallest you’ll find on an Android phone and its resolution is also low at just 320 x 240 pixels. This means text on websites doesn’t look anywhere near as refined as it does on mid-range phones, and often you have to zoom in quite far on paragraphs in news stories to be able to read them. You also find yourself doing a lot of scrolling around on pages just because not all that much information can be packed onto the screen in one go. Nevertheless, it’s still very useable for all the normal stuff like checking emails, catching up on Facebook and browsing websites.

As you would expect at this price point, the Alcatel One Touch 903 specification is quite basic. The phone is built around a single core processor that’s clocked at just 650MHz. There’s only 150MB of built-in storage, and less than 50MB of this is available once the OS and native apps have taken their share. Nevertheless, Alcatel does include a 2GB microSD card, so there is enough room to store plenty of audio tracks or a couple of movies on the handset as soon as you’ve set it up.

It not surprising that the phone didn’t perform particularly well in benchmarks, given its lowly specification. For example, in BroswerMark V2.0 it only managed a score of 450, while it completed Sunspider in a leisurely 13788.4ms. Sadly it refused to return a score in GLBenchmark, but in Linpack it was only able to muster 4.5MFlops. 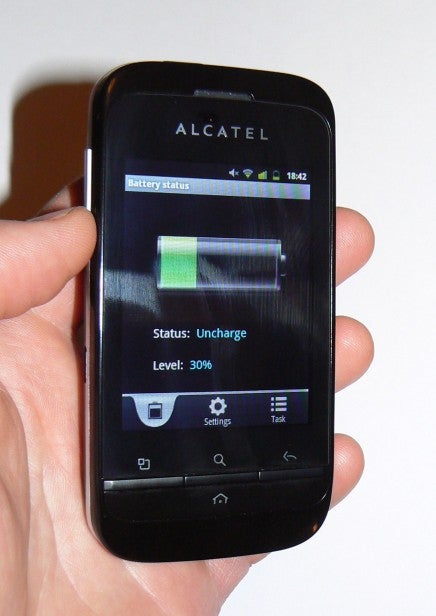 In use, the Alcatel One Touch 903 is fairly responsive when you’re browsing through the menus, but it can be sluggish to call up the onscreen keyboard and switching between apps can be slow, especially compared to mid range phones.

Nevertheless, the fact that it runs on Android and gives you access to the Google Play store means you can download tons of apps for the phone, which is its major advantage over the likes of the Nokia Asha range, which has relatively few apps available.

Alcatel has understandably gone for the ageing Gingerbread (V2.3) version of Android, as it runs better than recent versions on more modest hardware. However, the company has added its own skin to the OS, so you get switches for stuff like Wi-Fi and GPS in the notifications menu, a new lock screen and some extra apps including a Battery Saver that lets you set up the phone so it disables data and turns down screen brightness when the battery is running low.

It’s no surprise to find that the Alcatel OT-903’s camera is a pretty rudimentary model. The sensor has a very low resolution of 2.0-megapixels, the lens if fixed focus, and there’s no LED flash to help out in low light. On the plus side, there’s pretty minimal shutter lag compared to the snappers on a lot of budget phones and colours don’t look too bad either. However, as you would expect, shots are short on detail, so edges in particular look quite blurry. It also mucks up the focus if you don’t hold the phone quite still while you’re taking a shot. 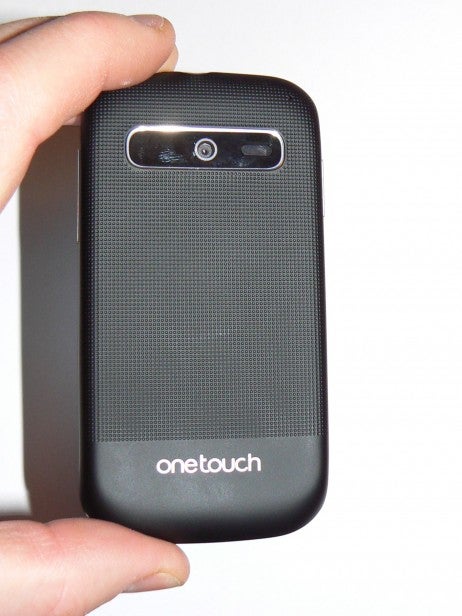 Battery life isn’t too bad, as despite only having a 1300mAh removable battery, we found we could get a day out of it without too much bother from medium usage. Presumably this is because the modest processor and small screen limit the amount of drain on the battery. Call quality was very good on the whole. too.

Verdict
The Alcatel One Touch 903 has its limitations –- the modest processor and small, low resolution screen, for example –- however it’s just about the cheapest Android phone you can get right now and despite this it’s still pretty fun to use. If you’re looking for a low price phone as a present for a teenager or other first time smartphone user this Christmas, it’s a pretty safe bet. 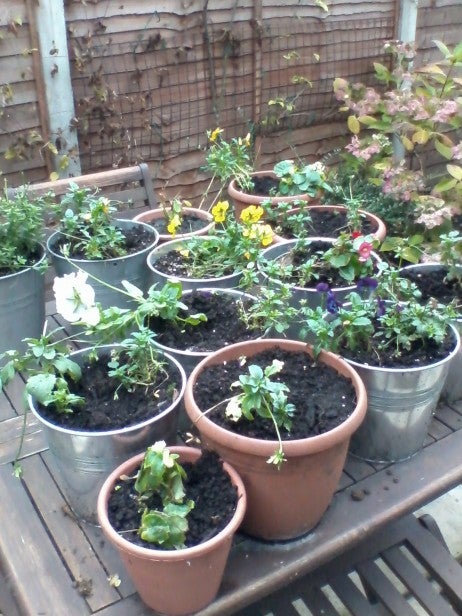 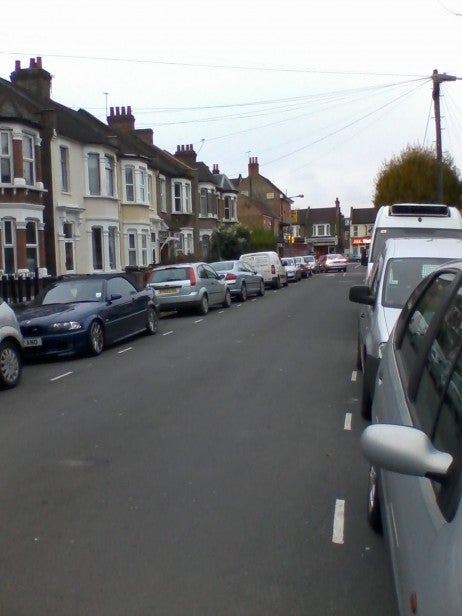 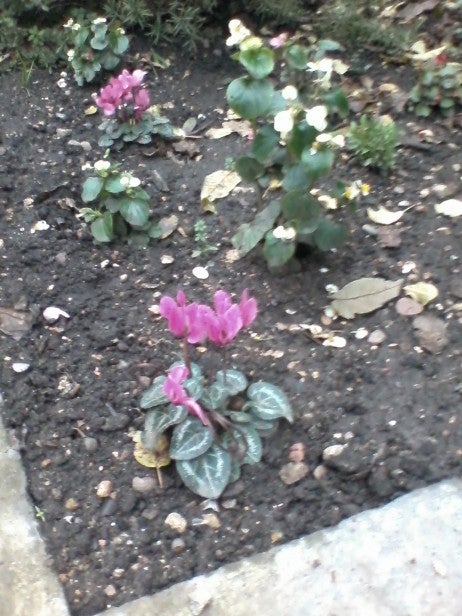 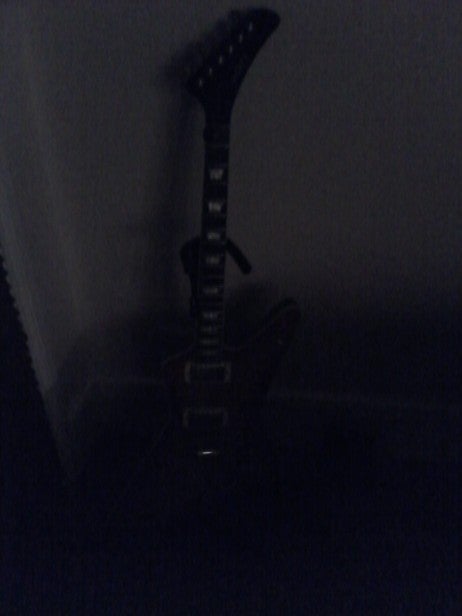