What is the Alcatel Idol 4S?

The Alcatel Idol 4S is the French company’s latest flagship smartphone. It aims to entice buyers away from more expensive, well-known handsets, such as the Galaxy S7 or HTC 10, by packing in more extras than you can shake a stick at. The biggest of these is a bundled virtual reality headset.

The VR headset is more Google Cardboard than Samsung Gear VR, but, aside from a few weird software decisions, the Idol 4S is a solid phone that will meet most users’ needs.

My only real qualm is how much the “free” headset adds to the phone’s upfront cost, which is a little high in a world full of great-value smartphones like the OnePlus 3 and Moto G.

The Idol 4S has a near-identical design to the Smart Platinum 7, which Alcatel’s parent company TCL built for Vodafone. It has the same glass back and front, and from a distance the two phones are indiscernible.

Up close there are a few important differences, which in my mind make the Idol 4S feel like an inferior handset. For starters, the Idol 4S doesn’t have a fingerprint scanner. The scanner on the Vodafone Smart Platinum 7 was a nice touch that made it quicker and easier to unlock the phone, and I’m a little peeved to see it missing.

The power button has also been moved from the phone’s central right side to the top left. Alcatel’s done this to make room for the Idol 4S’s custom Boom button, which is designed to boost the phone’s audio levels. The move to the top left makes powering the phone up a bit of a chore, as the button isn’t at a point where any of my digits naturally fall when holding the Idol 4S one-handed. 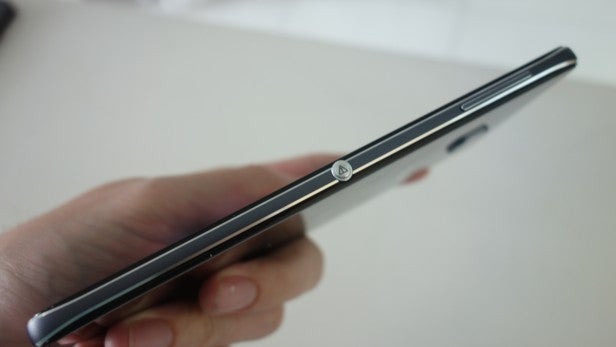 This would be fine if the Boom button was a positive addition, but generally I found it about as useful as a third nipple. Alcatel claims the button will enact different commands depending on which app you’re using. Specifically, if you press it when listening to music, you’re meant to get a volume and bass boost, and in calls it’s meant to “raise the caller volume and improve clarity”.

In practice I didn’t find the button very useful. Testing the Boom button in the music app, the feature offered a negligible improvement on bass levels, but bizarrely dropped treble and mids, supposedly in a bid to make the low-end sound chunkier. The end result was a fairly unbalanced sound. The button worked a bit better in calls, but only seemed to raise the speaker volume.

This isn’t too much of a problem, though, as the phone’s speaker and microphone are more than capable. You wouldn’t want to play music off the speakers, but they’re powerful enough for bedtime Netflix watching. The microphone also accurately picked up my voice during calls and ensured the person on the other end of the line could hear me, even when chatting on a busy London street. 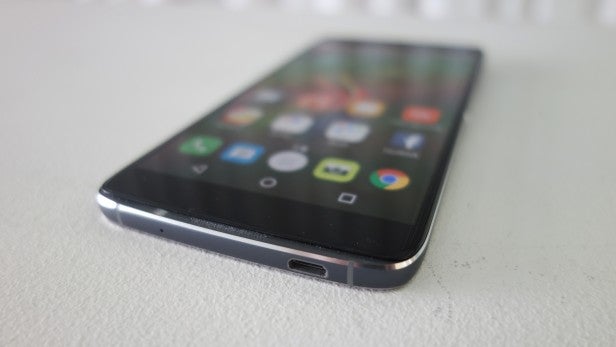 Outside of this the phone is comfortable to hold, though the glass back is a smudge magnet and picks up scratches fairly easily. I’d also have liked to have seen the Alcatel use the new USB-C standard as opposed to the older Micro USB. USB-C is an all-round improvement that boosts charge and data transfer speeds.

The Idol 4S comes with 32GB of storage space, which can be upgraded by as much as 256GB using the phone’s microSD card slot. The combination means most users shouldn’t have to worry about running out of storage, if they have the cash to pick up a decent-sized card.

The Alcatel Idol 4S’s 5.5-inch QHD AMOLED screen in one of its biggest selling points. The 1440p resolution easily bests those of competing mid-range, and some high-end, handsets. It’s the same as that of the Nexus 6P and is higher than the Full HD resolution of TrustedReviews’ currently recommended sub-£400 handset, the OnePlus 3. 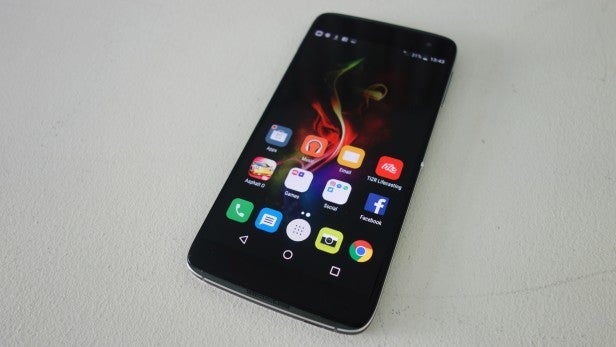 This means spotting individual pixels is a near-impossible task, and icons and text are uniformly sharp. White levels aren’t the purest I’ve seen, but the AMOLED tech ensures blacks are nicely deep and inky.

Maximum brightness levels are also above average and my only real quibble with the screen is that colours are slightly overcooked. The calibration isn’t as bad as the OnePlus 3’s or Nexus 6’s, but reds in particular look oversaturated, especially when viewed at an angle.