The Alcatel A5 LED runs Android 6.0, a dated version of the OS, and features a custom interface on top. Since the interface changes the look of Android, the main loss of not having the newer software is the use of old-style notifications, with simple Post-it-like blocks instead of the more info-rich kind you get with Android 7.0.

Whether or not this is a great loss will depend on how much of an Android nerd you are. However, it’s worth noting that I’ve been using the Alcatel A5 LED for a while now, and in that time it hasn’t received a single update. To avoid disappointment, assume you won’t be getting a bump up to Android 7.0 any time soon. 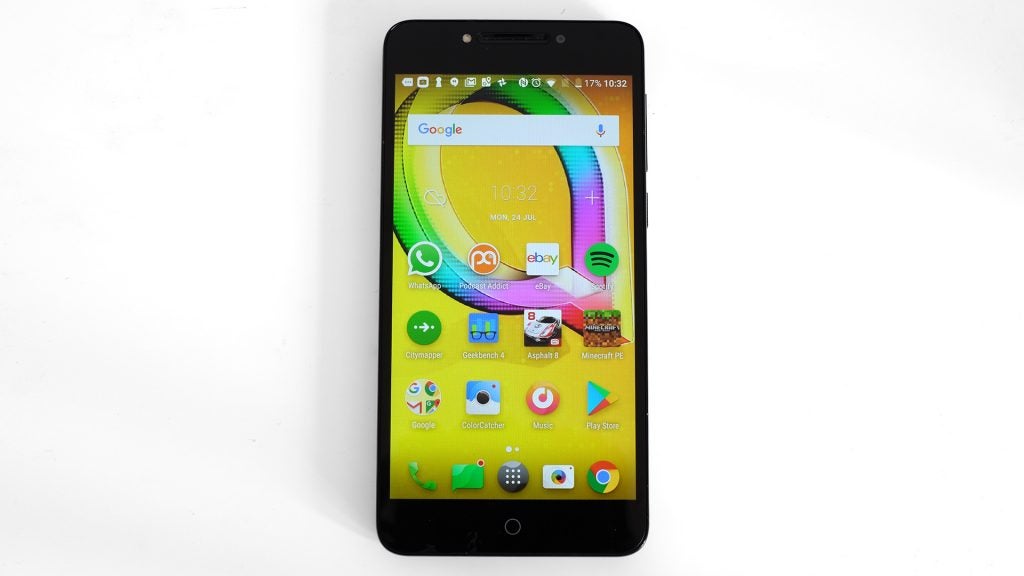 The Alcatel A5 LED’s custom interface alters the look of the system, too. Its icons are different to those of standard Android, and while there’s a classic white-backed apps menu as seen in vanilla Android, you have the option here to choose how apps are ordered: by the alphabet, most used or date. Themes available through an app let you quickly change the look of the top layer of the Alcatel A5 LED, too.

I’d prefer vanilla Android, and certainly standard Android 7.0, but the Alcatel A5 LED’s software is mostly inoffensive and looks similar to the standard Google layout. 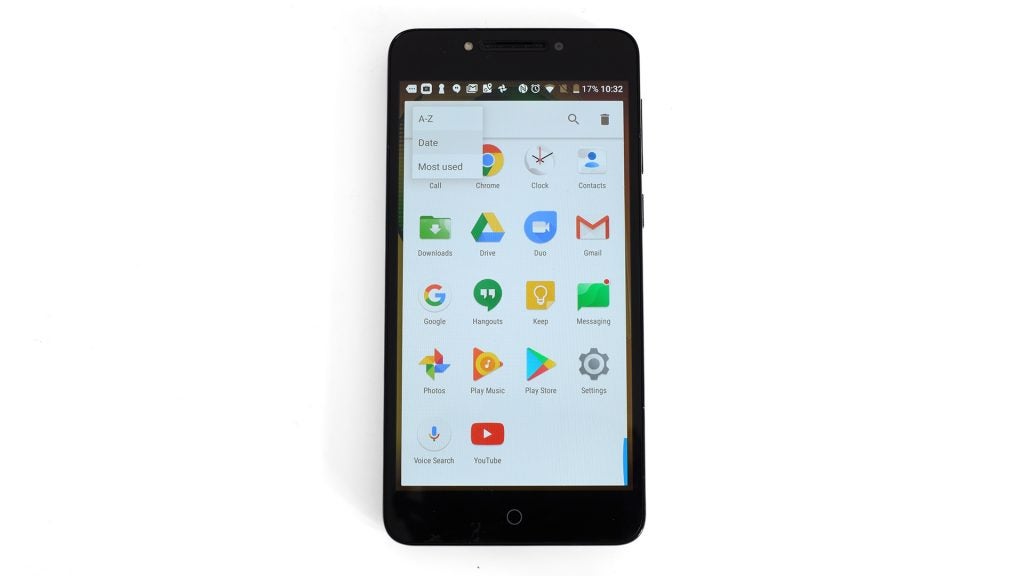 Perhaps the main issue with this phone is that, despite having perfectly good hardware, the Alcatel A5 LED feels slow. Apps take an age to load, as do web pages, and the keyboard, too, is  slow to appear, with key taps taking time to register on-screen.

Unfortunately, this is enough to pull down the experience of using the Alcatel A5 LED by a couple of leagues. And, on examining the specs, there’s no obvious explanation for such mediocre performance.

The Alcatel A5 LED has an octa-core MediaTek MT6753 CPU, which has Cortex-A53 cores. These are identical to those found in the Moto G5, and a host of other budget and mid-range phones.

Benchmarks such as Geekbench 4 show that, in theory, this setup should easily be powerful enough to make a 720p resolution phone run extremely well. It scores 2400 points, close to the Moto G5’s score, yet the Moto G5 doesn’t suffer from such persistent day-to-day performance issues. 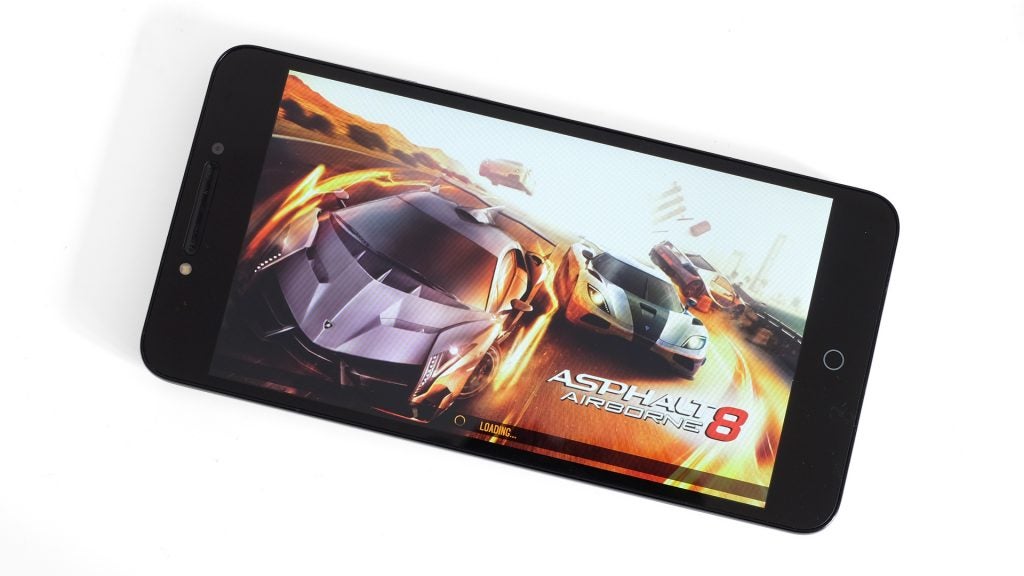 We can’t blame RAM for this poor performance, either: 2GB may be the baseline for Android these days, but it should be enough for solid speed.

It seems more likely that poor memory management or a lack of software optimisation is at fault. This means that these issues could be fixed. But given this phone isn’t sold that widely – it’s far from an Alcatel flagship – I don’t believe that the time and effort will be put into the endeavour. 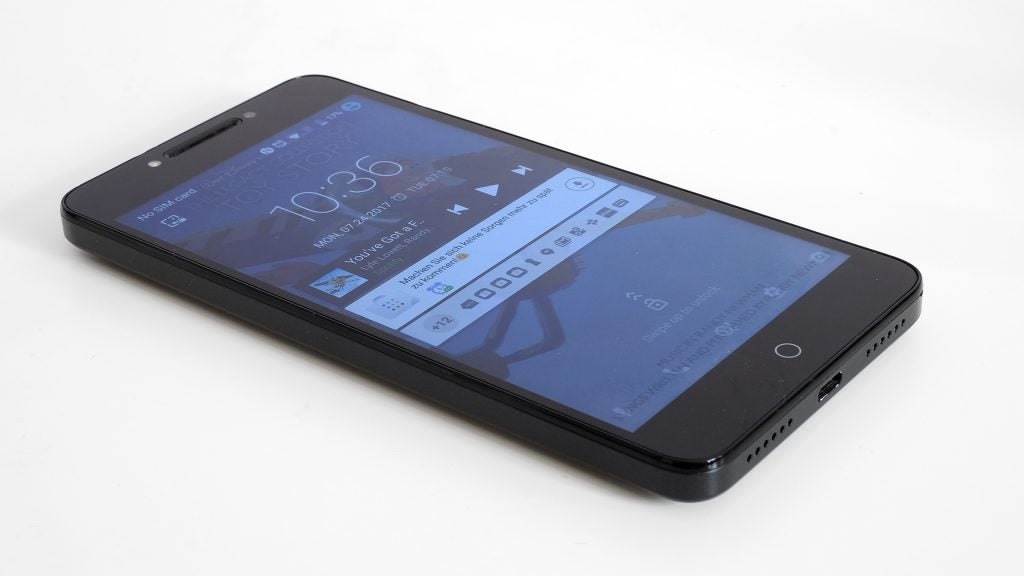 For more proof the software isn’t well-optimised, I’ve encountered some annoying bugs as well. The Gallery app is prone to crashing almost immediately after you take a photo. High-demand tasks such as gaming also cause quite obvious heating-up of the front of the phone, which is quite unusual.

It’s also very easy to block the speaker when playing a landscape-orientation game, since while you may be under the impression that a stereo speaker array sits on the bottom, only one of the grilles actually fires out sound.

The Alcatel A5 LED speaker is typical entry-level fodder, with only moderate top volume and a fairly thin tone that doesn’t display the bulk and richness of a better phone.