The i70 has three main attractions. First, its remarkably small size. Second, its built-in battery, which supports up to 80 minutes of use after a five-hour charge. And finally, its ability to connect wirelessly with PCs/Macs, iPhones and Android phones.

This wireless connectivity and built-in battery makes the i70 that rarest of things: a completely cable-free video display device. 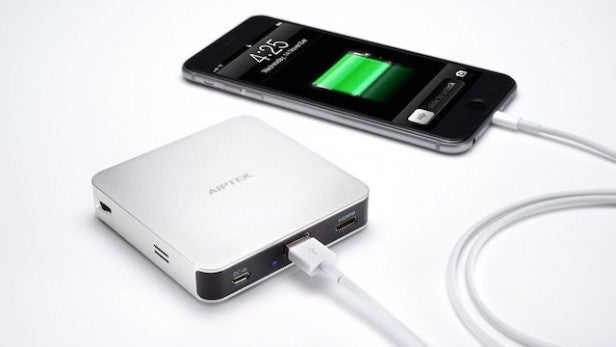 The i70 does have a few other notable tricks up its sleeve, though. As with other Pico projectors, its RGB LED lighting system means it should be impervious to the rainbow-effect noise associated with full-sized DLP projectors. In addition, the LEDs are expected to run for 20,000 hours before any of them die.

It has a built-in speaker and enjoys compatibility with Windows 8.1 or higher (supporting Virtual Wi-Fi and Wi-Fi Direct), Mac OS X 10.10 or higher, Android 4.4 or above (via Miracast screen mirroring), and iOS 7.1 or higher. Although, as noted in the Setup section, you’ll need a new model equipped with the latest firmware and hardware to handle iOS 10.

Handy, too, is a USB port you can use for charging a mobile device from the projector’s own battery, while the i70’s rated contrast of 1,000:1 is promising for a Pico projector.

Less inspiring is the claimed 70 lumens of light output and the standard definition resolution of 854 x 480 pixels. Although that pixel count does at least equate to a native 16:9 aspect ratio.

In some areas the i70 performs better than most Pico projectors, despite being exceptionally small. Its reproduction of black is particularly impressive, immediately making it a more convincing handler of dark movie scenes than the vast majority of its peers. The darkness isn’t blighted, either, by the sort of aggressive fizzing noise you can get with DLP projectors. 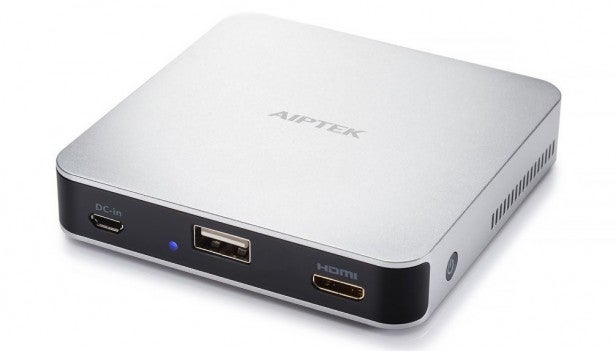 Motion is handled quite well, with minimum judder or blur, and general sharpness looks better than I’d expected given its relatively low native resolution.

The i70’s colours are also better than the ultra-small projector norm. Aside from a gentle green tinge over whites and skin tones, colours look surprisingly natural and balanced during video viewing, largely avoiding the over-wrought look common with Pico designs.

Somehow, though, the i70’s colours also work pretty effectively for data presentations, despite there being no options available for you to manually adjust the colour settings for different types of content.

As soon as you get beyond 45 inches (114cm) or so, the brightness drops to a point where even in a blacked-out room the picture looks dull, lifeless and pretty much devoid of detail and depth in dark areas. Even below 45 inches you’re hardly talking about images that enjoy any sort of pop or dynamism. 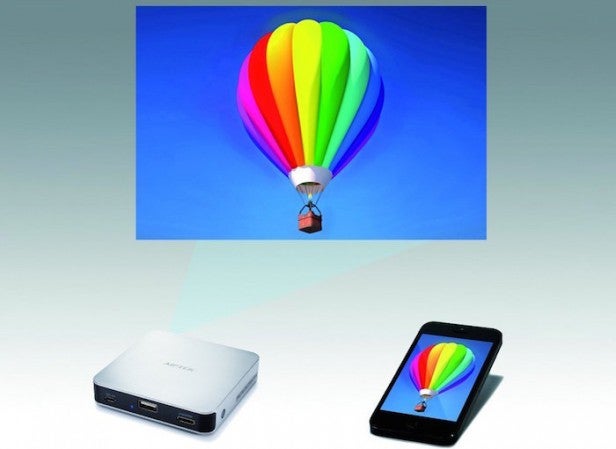 The i70’s low resolution is also problematic for the way it causes jaggedness around edges when watching HD sources, due to a combination of its low native resolution and some seemingly pretty basic downscaling processing. This jaggedness is especially problematic for presentation text, but it’s also regularly noticeable around strongly defined outlines while watching films.

Problem three is the way the brightest parts of the picture can lose detailing/colour subtlety and appear to glow with some sort of supernatural or radioactive intensity. Next, the image on my review sample was clearly much brighter on the left-hand side than on the right. And finally, running tests for input lag recorded 68ms on average, with some measurements hitting beyond 100ms. This latter fact makes the i70 pretty unhelpful as a potential gaming display.

Not surprisingly given the i70’s size, I hadn’t expected much from its audio. But in fact, its speaker produces a clean sound performance with more scale, projection and clarity than you’d imagine possible from such a tiny piece of hardware. There’s precious little bass and no sense of expansion during action scenes, but the fact that the sound is even tolerable is frankly miraculous.

I need to conclude this section with more bad news, though. Namely that my i70 sample kept shutting down after 60-80 minutes of use even when plugged in – either because it was overheating, or because the projector only runs off the battery even when it’s plugged into the mains. Neither of which are ideal issues to be faced with when doing presentations, or when watching movies.

If you really and truly need an incredibly small projector that supports battery use and talks wirelessly to your smartphone or computer, then the i70 is certainly worth a look. Its picture quality is surprisingly good in some ways, provided you’re happy to stick to image sizes below 50 inches (127cm), and it really is incredibly small and light considering how much tech is crammed inside. 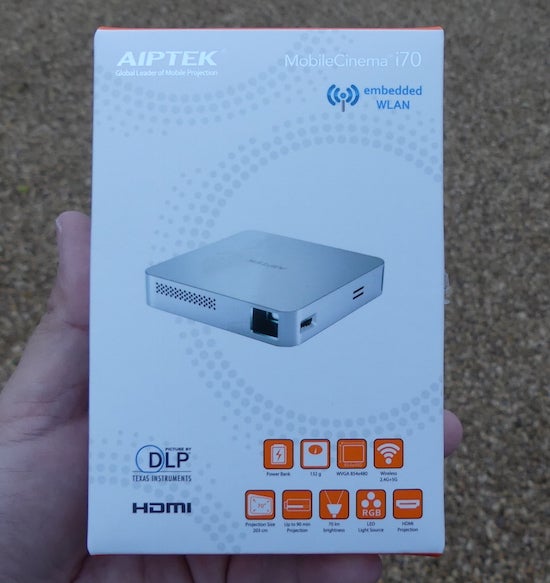 For me, though, its lack of brightness together with various setup and running issues make it look both a bit expensive and too much of a size-based compromise where performance is concerned.

One alternative would be Optoma’s ML750ST. It’s a little larger and more than twice as expensive, but it produces a far more practical and engaging picture. Or, if you’re looking for something with a similarly tiny form factor that costs only a little more, the £280 Asus S1 is better built and delivers more than twice as much brightness.

While the concept of entirely cable-free, pocket-sized projection is a good one, the i70 isn’t bright or user-friendly enough to turn that concept into a particularly helpful reality.