AI: The Somnium Files is yet another winner from Kotaro Uchikoshi, expanding upon Spike Chunsoft's renown formula and pushing it in bold new directions. It can fumble in its visuals and mechanics, but look beyond a few of its weaker elements and there's a truly original adventure brimming with excellent ideas.

Kotaro Uchikoshi has gained a belovedly infamous reputation with his past trio of games. The Zero Escape Trilogy was a collection of dark, unpredictable and fantastic visual novel adventures that placed its cast of characters in a series of precarious situations. This brings us to AI: The Somnium Files, the latest outing from Spike Chunsoft.

Lovers of Uchikoshi’s work won’t be disappointed. It’s a gripping narrative experience that’s equal parts heartwarming and heartbreaking. At times it can find itself muddled in a sea of needless exposition, but its high points more than outweigh the meandering lows. 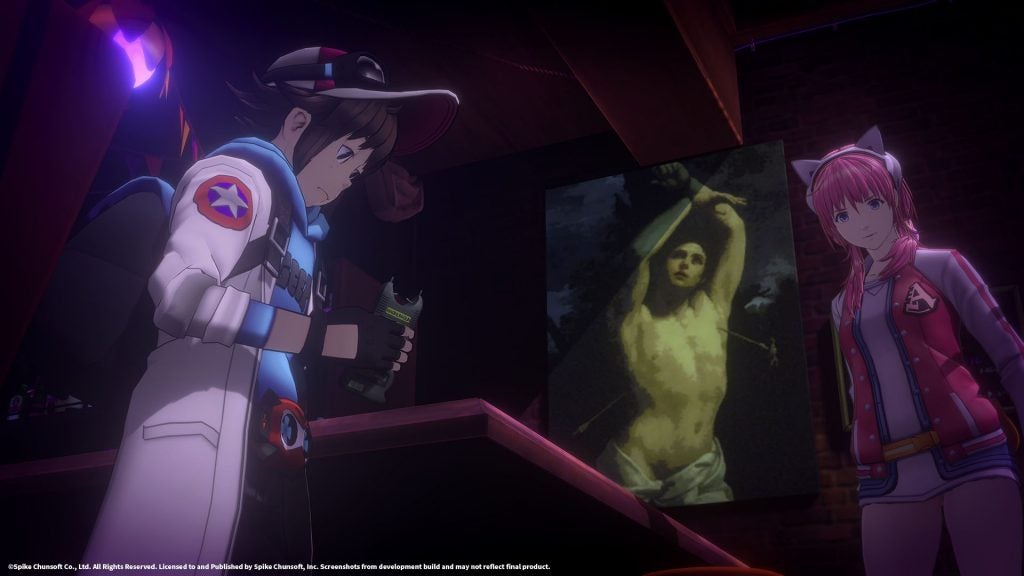 Despite its appearance, Somnium Files is incredibly dark in its subject matter and pulls plenty of heavy punches

You play as Kaname Date, a member of the Tokyo Police Department’s Advanced Brain Investigation Section. Assigned a mysterious case involving a serial killer who removes the left eye of their victims, Date finds himself descending into a hellish underworld that delves much further than he could’ve ever suspected.

It starts off rather tame, but after a few hours the plot pulls you in so many startling directions – I’m talking travelling through dreams, distorting reality and questioning each and every plot development that comes to pass.

The Somnium Files is a masterclass at keeping players on their toes, making me eager to exhaust all dialogue options and methods of progression simply to procure the smallest slither of information. The narrative pacing is excellent, largely because I had so many tools at my disposal to milk this world for all its worth.

While largely linear, this futuristic vision of Tokyo feels surprisingly cohesive. Date himself lost an eye six years ago, parting with all his memories along with it. With a clouded past, his life is dedicated to police work and the few close friends he’s made since. However, losing an eye came with a benefit – it’s now replaced by an artificial entity known as Aiba (short for AI Ball) and she’s a brilliant character in her own right.

Perceived as both an adorable hamster-like creature and a personified version of herself in certain sequences, Aiba is a smart, sarcastic artificial intelligence that acts as a rock of sorts for Date, forcing him to make the right decisions and consider the lasting impact of his actions. She’s every bit as human as he is, often making jokes about her lack of a physical presence with silly innuendos and cutesy attempts at flirting. 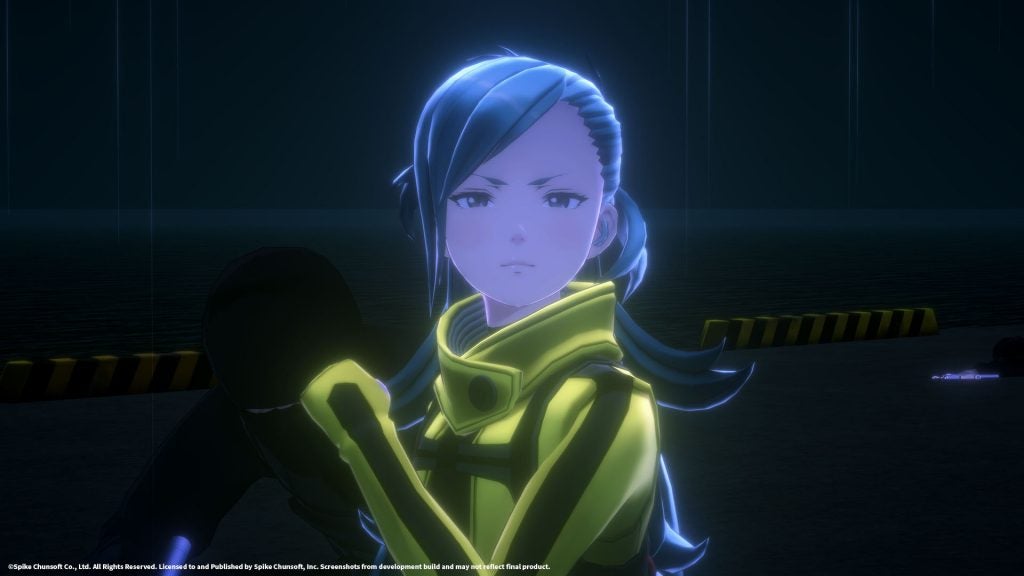 You’ll spend hours with a relatively small cast of characters, which makes the plot so much more impactful

At its core, The Somnium Files plays like an interactive visual novel, although that’s selling it short to a magnificent degree. When engaging with other characters there are myriad dialogue options, with more to be unlocked by using your artificial eye to examine a suspect’s body temperature to detect lying or play back a scene using augmented reality to truly put a perp in their place.

These moments are rewarding, requiring a keen sense of intuition to nail. At times Date must think back to events that happened hours ago to piece together a sequence correctly or face losing his lead altogether. However, at times you can keep guessing the solution until you come across the correct answer, forcing it into submission. This can make some mechanics feel thin on the ground, but they’re so much fun to experiment with that I didn’t mind.

When you’re not travelling across a startling vision of Tokyo, chatting with memorable characters and piecing together the narrative, you’re diving into the dreams of individuals to rip information straight from their subsconscious. Known as ‘psyncing’ this method is so similar to Inception I was surprised Leonardo Dicaprio didn’t spring onto the scene. Throughout Somnium Files you’ll dive into the minds of friends, criminals and even children to cure trauma, uncover evidence or face killers themselves in the flesh.

In these instances you take control of Aiba, her mischievous personality emphasised by the fractured dreamscape she explores. You inhabit a constantly shifting environment interacting with objects to solve obscure yet satisfying puzzles. At times, solutions can feel random, events triggered by interacting with objects in a strange order that can make otherwise enthralling moments feel obtuse. It’s not perfect, but infinitely more interactive than anything the studio has done before. 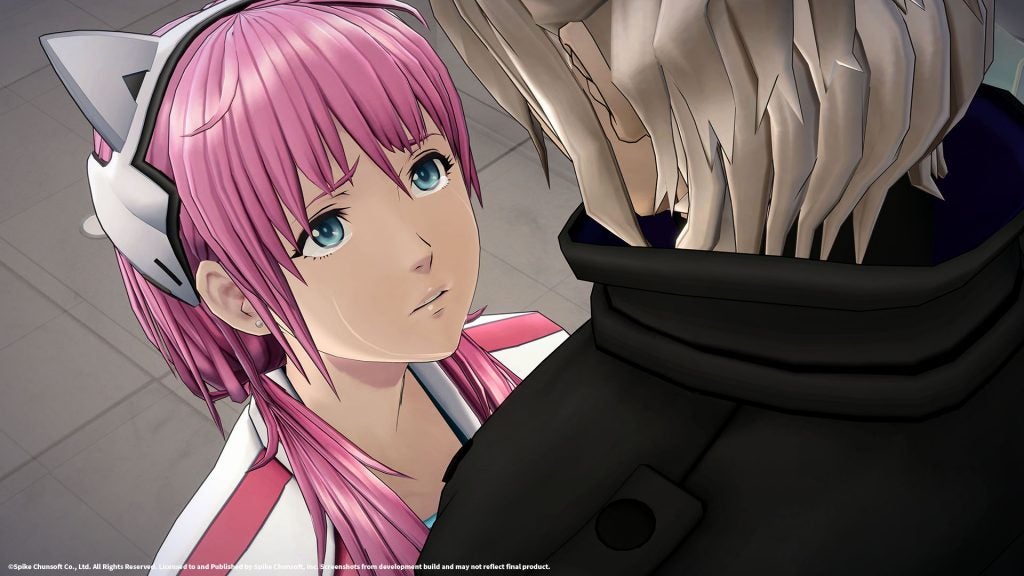 This adorable viral superstar isn’t all sunshine and rainbows, hiding a few dark secrets of her own

Chemistry between Aiba and Date carries many of the weaker moments with an excellent sense of humour peppered throughout. At times, Somnium Files can find itself bogged down with repetitious exposition, explaining terms that’d been drilled into my head several times already. This is largely because revisiting key scenes is required to reach the true conclusion, choosing different decisions while psyncing to initiate narrative repercussions.

This is done through a flow chart in the pause menu, transporting you backwards and forwards in the narrative at your leisure. Dreams contain puzzles known as ‘mental locks,’  some of which alter the story’s direction in dramatic ways. I won’t spoil any specifics, but it’s fascinating how much the plot diverged from my original path after digging into things.

You’ll encounter locations and characters previously unknown, while the true motivations of others finally come to light. This method of storytelling can only be achieved in games, and Somnium Files is fully aware of that. Iffy animations, inconsistent visuals and unusual puzzle design aside, AI: The Somnium Files shines where it really matters. I was honestly stunned at some of the twists, concerned I’d done something wrong and time would turn back, reversing the massive development that had just taken place. 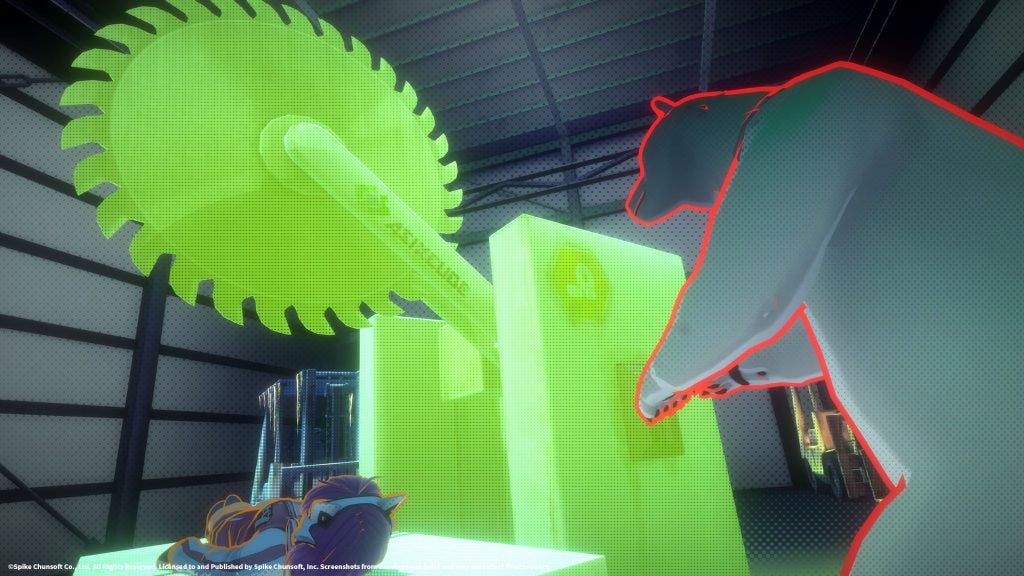 My heart was ripped out and stomped on several times, with a small glimmer of hope always shining in the periphery. This investment is largely thanks to a stellar cast of characters, the roles of which are constantly shifting to fit the unfolding mystery. Mizuki – a young girl who considers Date her legal guardian – is a highlight, wise beyond her years and steadfast in the face of trauma. You’ve also got Iris, a cheery girl hiding a darker side that goes beyond her poppy, internet idol persona.

AI: The Somnium Files is yet another winner from Kotaro Uchikoshi, expanding upon Spike Chunsoft’s renown formula and pushing it in bold new directions. It can fumble in its visuals and mechanics, with a few character designs leaning a little to hard into generic anime archetypes for my liking.

However, look beyond a few of its weaker elements and there’s a truly original adventure brimming with excellent ideas. The plot keeps you guessing, and the characters are likeable to the extent that I was rooting for and despised them in equal measure.