In an internet culture that’s become increasingly sensitive and quick to be outraged, it’s a pretty bold move for Mad Mind Studio to release Agony, a horror game with adult content – the likes of which rarely makes it into the relatively mild world of video games. 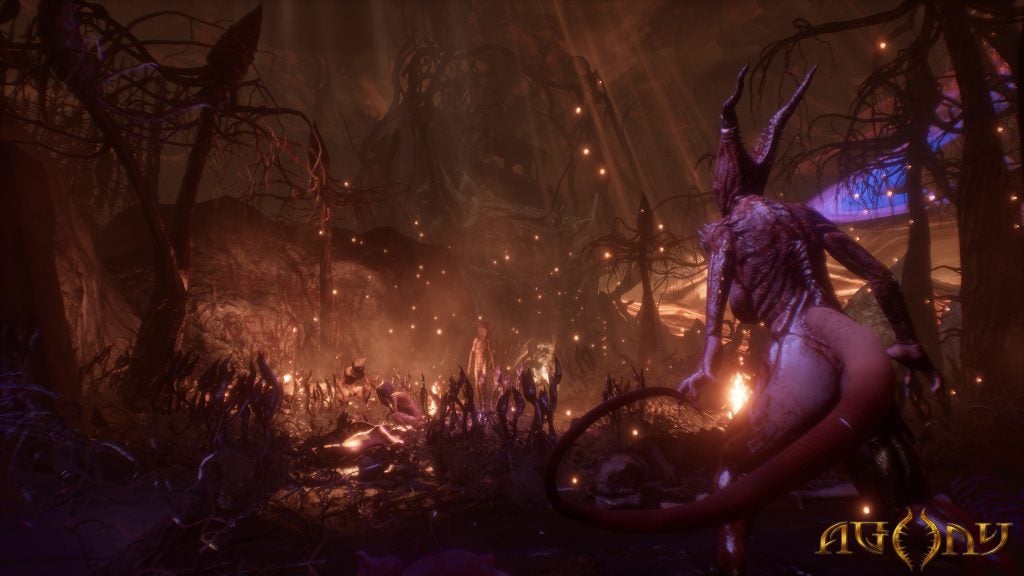 However, as is so often the case, Agony isn’t really that shocking; it’s just a touch stronger than we’re used to in gaming. There are darker themes and scarier imagery in Silent Hill, but there’s a commitment to a style and tone that Mad Mind has applied throughout. Agony is nothing if not stylish, although that’ll seem like an odd choice of adjective the first time you’re confronted with a swinging phallus.

The other crime these erotically charged horror aesthetics often commit, though, is that they’re quite often pretty tedious – and that is an issue here. Once you’re past the initial alarm of a game, the whole affair just becomes a bit boring; Agony just doesn’t have the mechanical power to back up its atmosphere and intent.

Ultimately, it’s another one of these new-wave Survival Horror games, where you’re left totally powerless and have to essentially hide from your enemies. Here, the demons can sense movement, so you have to creep around at one quarter speed in the hope that you don’t get pounced on.

You can wave a flaming torch at them to distract them, and the AI is fairly forgiving – but if you’re impatient, you’ll be seeing the Game Over screen more than a Dark Souls player with a broken controller. 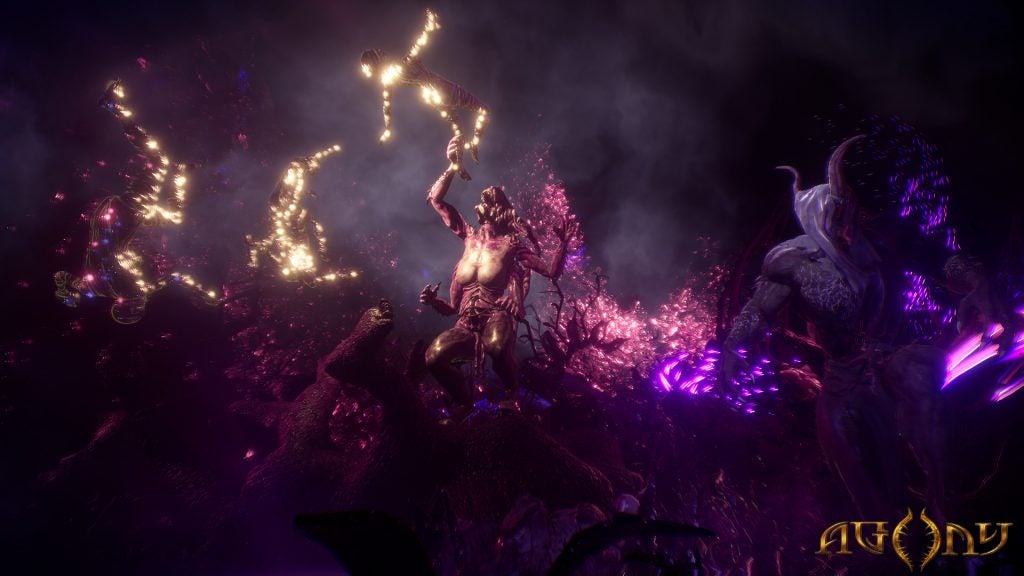 When you’re not in anti-combat, you’re doing little more than solving very simple lock-and-key puzzles, or some Rune-drawing tasks that see you copying simple shapes on a tablet with a bloody finger. About as riveting as it sounds.

There’s inherent tension in having to hide from a lethal enemy of course, and we’ve seen this used well in Amnesia, Alien Isolation and even The Last Of Us to an extent. However, when it’s your only real gameplay system, it’s hard to get too excited. Especially as you progress through Agony – every enemy encounter is just a chore.

There are other poor design decisions, too. Aside from the uneventful puzzles, Agony’s death mechanic is simultaneously intriguing and skin-scrapingly frustrating. When you die, you’re able to track back to your body in some sort of purgatorial limbo in order to continue. However, this is set to a time limit, and that time limit is short, so you often have to repeat the process. As such, you’re wasting yet more time in a game that feels like a colossal waste of time anyway. A decent idea, but executed poorly.

Nor does it help that the game has been released in an awful state. Straight away, there’s no option to invert controls, so weirdos like me are out of luck, but even during the menu screens there are audio issues, cracks and skips. In the Xbox version of the game (tested), dialogue lines skip, repeat themselves; sometimes conversations with NPCs break completely, only to halt progress… it’s a serious problem. In a game that’s all about atmosphere, the sound is so awful that it makes playing almost impossible.

Presumably this issue will be patched, but the persistent screen tearing, frame rate drops and low resolution most likely won’t be. Agony is an indie game so it’s understandable, and perhaps forgivable, to experience a few small bugs and gripes. However, this lack of polish (and at times, elements that genuinely break the game) makes Agony totally impossible to recommend. The review process felt like an exercise in trying to catch a glimpse of the real game beneath all the technical problems – and with no news of an incoming fix, it’s currently unacceptably bad.

A shame, then, as Agony is a bold and deliberately non-conventional release from a studio that clearly has a vision. However, no matter the content, when the game is both boring and broken, it immediately overshadows any positives.

Outside of gameplay, there’s solid NPC dialogue with a dash of black humour, and sometimes those scares are effective. When the sound is functioning properly, the atmosphere is tense and crushingly unpleasant. But it just isn’t enough. Those looking for graphic titillation will be better served elsewhere, and those wanting survival horror have countless better options.