AG Neovo has always been a design led company. Most recently we saw this in the effortlessly stylish V10 Digital Photo Frame, which certainly set a design benchmark for all other photo frames. However, the company is nominally known for its LCD monitors and today we’re looking at its latest 22in offering, the style orientated E-W22.


On first inspection AG Neovo’s reputation for design remains intact, because the E-W22 is a very classy looking monitor. The panel is surrounded by a jet black bezel, which is set behind an optical glass panel that lends the E-W22 a sense of quality not often afforded to PC monitors. As well providing a level of visual refinement the glass panel, known as “NeoV Optical Glass”, acts rather like the high contrast glossy finishes you see on many LCD monitors, boosting the black levels and giving colours a warmer tone. In this instance it also provides some protection for the LCD panel, which is no bad thing considering how fragile LCD panels are. 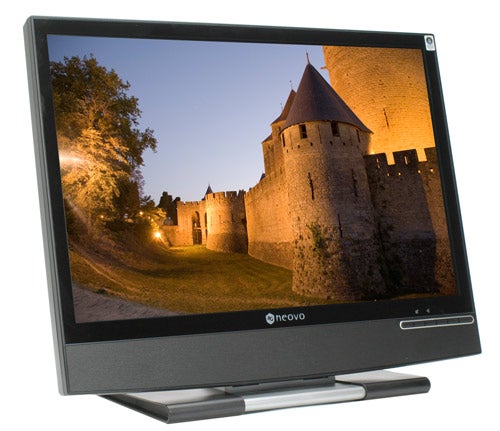 Of course, one predictable drawback of the glass panel is some reflectivity, though this is kept to a minimum thanks to an anti-glare layer. It doesn’t eliminate all problems, but it does a good enough job that you won’t be constantly distracted and annoyed. Less forgiving, however, is the penchant for picking up fingerprints and dust, which is pretty much unavoidable – child friendly it is not.


As with many widescreen monitors, the E-W22 has a set of built-in stereo speakers, whose quality isn’t especially inspiring. They’ll do well enough for very casual music listening and Windows’ various chimes, but for anything else they’re woefully underpowered and lack any real bass at all. At the very least, however, these speakers don’t upset the aesthetic appeal greatly, with the charcoal grey grille providing a nice contrast to the rest of the display. 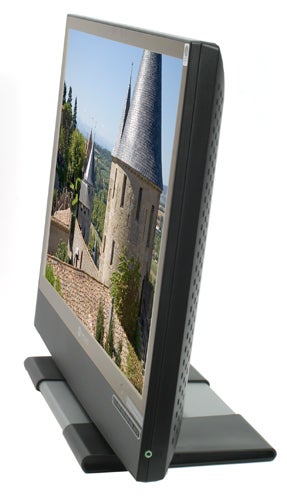 Aesthetically then, the E-W22 is a success and it should prove ideal for those who want something living room friendly. However, there are elements of the design that don’t appeal. Compared to even fairly basic monitors the adjustability of the E-W22 is below par. There’s no height adjustment, no rotation and no pivot, just 30 degrees of tilt to play with.


The lack of height adjustment is particularly disappointing; especially since the default stand position has the monitor sitting at more or less at desk level. This isn’t a terrible viewing position, but it would be preferable to have a good deal more control over the ergonomics. VESA compliant wall and arm mounting does alleviate this annoyance slightly, but overall the E-W22’s design is a case of style over substance.

Following on this theme, beneath the elegant veneer the E-W22 is a fairly bog standard 22in display. It features a 1,680 x 1,050 native resolution, while AG Neovo quotes a 1,000:1 Contrast Ratio and 3ms grey-to-grey response time. These are fairly standard figures, though AG Neovo also claims a 2,000:1 “Dynamic” Contrast Ratio — a point we’ll discuss a little later on. Brightness is quoted at a decent 300cd/m2, with a pixel pitch of 0.282mm.


Connectivity is also unremarkable. There’s an HDCP enabled DVI port for digital input and D-Sub (VGA) for analogue, while there’s a 3.5mm jack for connecting the speakers. All the cables required are supplied in the box, so you won’t be caught short. One way the E-W22 does differ from the majority though, is its lack of an integrated power supply. This is replaced by a small external power brick, which is connected to the monitor via a smaller DC-input. In addition to the speakers, there’s also a 3.5mm headphone output located on the right edge of the monitor. This is useful in some ways, though we’d sooner see it on the left so cables didn’t trail across the keyboard when in use.

Viewing angles are decent, though nowhere near the typically unrealistic quoted figures of 170 degrees horizontal and 160 degrees vertical. In reality, for a genuinely viewable image, you’re looking at considerably less accute angles.


The OSD is accessed and navigated by a set of buttons just below the screen on the right, with one button reserved for profile switching, two for volume control, two more for navigation and then the power button. There are four preset profiles: Text, Movie, Game and Graphic.

However, with the exception of the Text setting, these are all best avoided. Movie and Game modes are particularly awful, dynamically “boosting” contrast to such levels that you lose all detail and must suffer outrageously over saturated colours. Graphic mode is little better, and isn’t at all suitable for image editing as its name might suggest. Meanwhile, Text mode merely reduces screen brightness to avoid eye strain when editing and reading text documents.


Of course there’s also a User mode that allows you to set the screen up just the way you want it, if none of the presets work for you.


Navigating the OSD isn’t as easy as it ought to be either. At times the navigation can be inconsistent, while the presentation as a whole is distinctly old hat. Options are, however, fairly satisfactory with Brightness and Contrast controls, as well options for 6500K, 7500K, sRGB and user defined colour temperatures.

In general use the E-W22 is quite a pleasant monitor to work with. The glass panel certainly reduces eye strain over prolonged use, while text is sharp and easy to read. However, it was evident just from using the monitor that it struggled with challenging low saturated colours. Very light blues, for example, had a slightly grey tinge to them, belying the average colour accuracy of the panel. White reproduction was also rather dirty, with a slightly red/pinkish tinge.


To get a clearer picture of things we launched DisplayMate – our favourite set of highly challenging monitor tests. Immediately, the Dark-Grey Scale test showed some problems, with many shades demonstrating a distinctly dirty red/brown tinge to them while the more challenging shades were barely visible. This was a problem also evident on the White-Level Saturation test, though here performance was adequate. 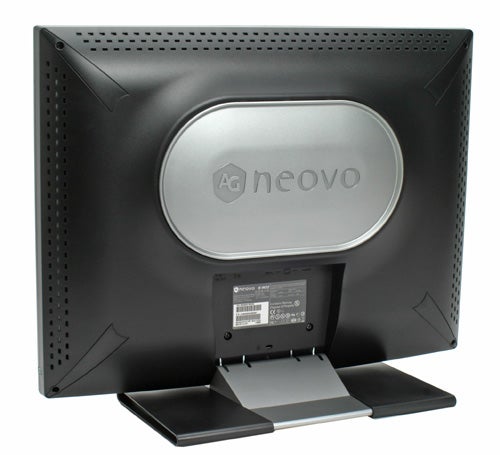 Indeed, adequate is the overwhelming impression of the E-W22’s performance. Many of the tests in DisplayMate showed some kind of small problems, such as slightly uneven colour production in the Screen Uniformity tests or the general lack of vibrancy in the Colour Scales. Moreover, in our testing we did discover one solitary dead pixel. In truth it was barely noticeable, but it was there nonetheless.


For a more general impression we fired up Quake 4, with its combination of dimly lit corridors and bright colours making for a good test of any monitor. Black levels were impressive too, though detail in the darker areas did suffer somewhat. Switching to the Gaming profile showed just how awful it is, turning the darkened brooding of Quake 4 into something more akin to a Saturday evening variety show, full off garish colours and bright white lighting. As a whole though, the deficiencies shown in DisplayMate weren’t too evident. Moreover, motion was predominantly smooth and without fault. 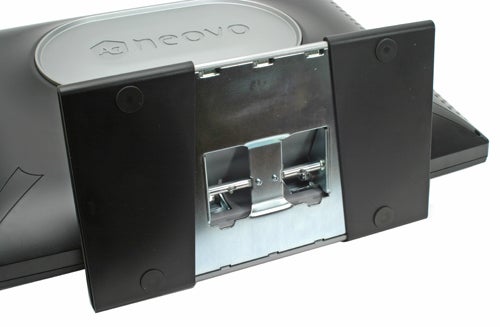 High-definition video content was also handled well, with a good level of detail and neutral skin tones. It’ll never replace a TV, but for casual video viewing the E-W22 will suit most needs. All of which sounds reasonable enough, until you realise that you’re paying nearly £300 for a perfectly capable but hardly outstanding display. Of course, you’re paying a premium for the styling and construction, which is undeniably good. However, for the price one would to expect something truly special like an especially slim bezel or particularly ornate stand: something unique.


There’s no evidence of this here and when you consider that the equally stylish HP w2207 is available for around the £200 mark, the E-W22 looks like an expensive proposition. Indeed, when you further consider that the w2207 has more adjustment, better image quality and features two USB ports, it’s hard to recommend the E-W22 over something that’s signicantly cheaper, better featured and just generally better. 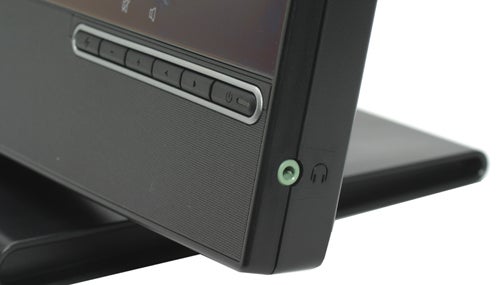 
There’s nothing inherently terrible about the E-W22, but it’s merely decent at a price that would suggest otherwise. Thus, unless you’re sold on the looks alone and have the money to spare, you’re far better off with HP’s equally stylish but generally more impressive w2207. Lord knows, it would save you a fair few pennies.