Oh for an in-app purchase or two. It may seem like an especially controversial way to start off a review of a paid game, but sometimes you just want to unlock the gates and get straight to the action, right?

It’s neither new nor controversial for games to lock off their content based on skill – it’s the model the majority of games have adopted since the dawn of time – but when a release makes its opening gambit ridiculously, confusingly difficult, it can be more than a little frustrating to be stuck on page one of what looks like it could be a rather fruitful adventure. That was the way we were introduced to the world of AG Drive. 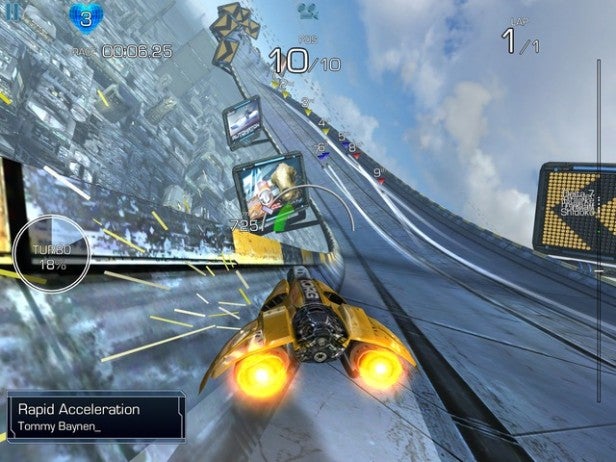 It’s a world set hundreds of years in our future where people drive around in anti-gravity cars and, in this case, race them around madcap circuits for a bit of fun. It’s a bit WipeOut, it’s a bit F-Zero, it’s even a bit Mario Kart at times, but almost all of it is hidden away until you fly through the game’s very first race. We may not be the best gamers on earth, but the fact we had to spend the best part of an entire evening (and, if we’re honest, the following morning too) attempting to finish in the top three so we could play on is not a good sign.

What’s more – and this is a factor that plagues AG Drive throughout – when we did conquer said opening challenge, we didn’t actually do anything noticeably different. The time we posted hadn’t really moved on, we didn’t discover any new tricks or techniques – we raced through the stage in the same way we had in the hours beforehand, and found ourselves miles ahead of the competition at the front of the pack. 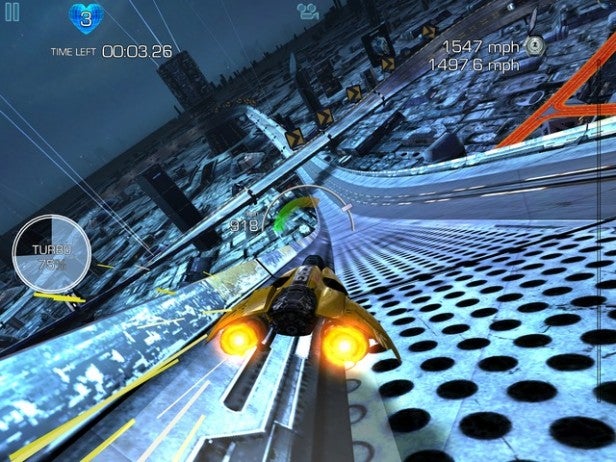 What makes all this so frustrating is, underneath all of this is a more than proficient futuristic racer, complete with a wealth of different challenge modes, slick graphics and a handy upgrade system to keep things ticking along. Either using the accelerometer or virtual controls (the former being the best option), AG Drive doesn’t break down any genre boundaries – you race across sky bound circuits complete with 360 degree twists and turns, dashing from one blue neon boost pad to the next. Avoiding the sides is a must – not just because, on occasion, there is no track edge, causing you to fly into the abyss and lose a life, but also because any contact with level architecture causes you to lose pace at an alarming rate.

In essence, sticking to the middle of the track (which is especially hard to do until you’ve upgraded your vehicle’s handling) and flying over as many boost pads as possible is the only path to victory, but it seems to be a lottery as to whether following this routine actually comes off. Some stages, whether standard races, elimination contests, speed traps or point contests (where the order of the day is to fly into as many hexagons littered across the track as possible), you can find yourself easily trouncing the competition or hitting your goal in successive stages before suddenly coming unstuck doing virtually the same thing in the following level. 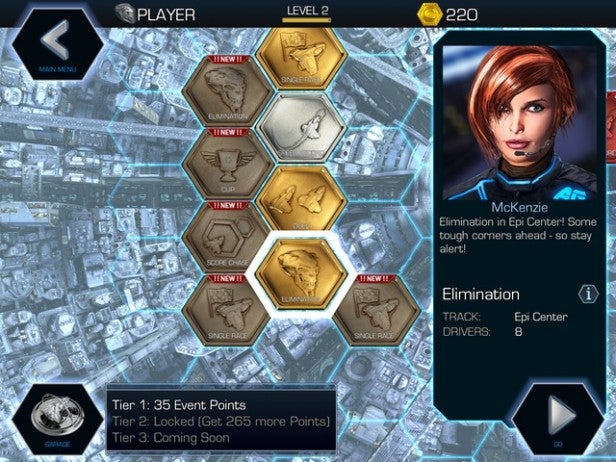 It’s hard to pin down just why that is, too. The handling certainly isn’t ideal, with AG Drive feeling way too sensitive at times and far too stiff at others, and some of the circuits have a better flow to them than others – blind corners that appear out of nowhere feel like a lazy attempt at ramping up the difficulty, though the stages that appear to borrow from Mario Kart’s Rainbow Road, handing you an almost tightrope style track spiralling off into space to navigate, carry with them a genuine thrill.

It all means that AG Drive feels a little half-baked. At times, the races are tight, tense affairs, at others they are bemusing and befuddled mess, where it feel like the game needs to be pulled back in for testing. In short, the balance simply isn’t there, and though this is no way a write off, the games few lows really drag down its many highs are serve to undermine its greatness. An update or two could well push AG Drive to the front of the grid, but right now it’s stuck in the middle of the pack.

Verdict
Brilliant in parts, but flawed in others, AG Drive is an exciting futuristic racer with grand visuals, slightly dodgy controls and a lack of balance. It can be saved with an update or two, but untempered difficulty and an almost random response to the same skill set adds a frustrating layer to an otherwise promising adventure.