Whenever I play any kind of shooter, I want to die within the first few seconds. Since the beginning of my time playing games, I’ve found shooters – whether first or third-person – something of an uphill struggle, with my own enjoyment tempered by a complete lack of skill, at least initially.

Dying a lot during those first few hours (or even days) of playing the game is part and parcel of getting to grips with it, and any shooter worth its salt will make you suffer a little at the start before you synergise with its set up. In Afterpulse, however, I didn’t die for quite some time. In fact, I managed to go on a rampage in my opening encounters within the game’s arenas, taking down a run of six or seven enemies without being so much as grazed by my rivals.

You might think that this would pump me full of confidence and cause endorphins to rush around my body, thrilled at the sheer thrill of being an apparent killing machine. In reality, however, it merely made me scratch my head in bewilderment. I’m always rubbish when I start a new shooter. Why wasn’t I now? 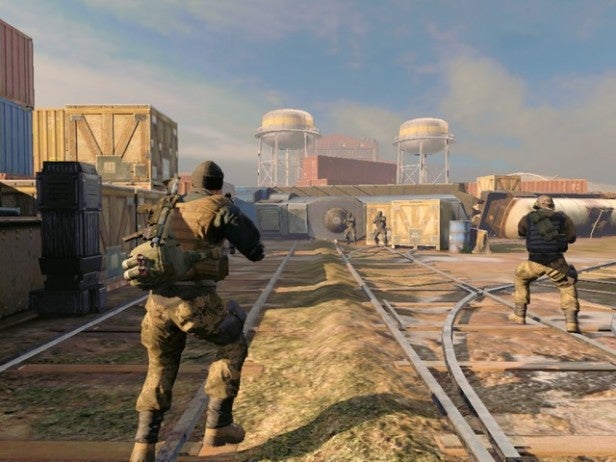 In every other respect, Afterpulse is just what you’d expect from an arena based shooter. Publisher Gamevil has made sure the game feels instantly familiar, serving up typical industrial style settings and aircraft hangers that deliver plenty of corners round which to hide and the kind of greyish-brown colour palette that enables Afterpulse to shine on iOS. Within a matter of seconds, Afterpulse feels like the kind of shooter you’ve been playing for years and, without any semblance of plot or even a sense of progress beyond unlocking arenas and weaponry, it feels like a one-size-fits-all release that could be attached to any big action IP.

Viewed from over your shoulder, what Gamevil has attempted to do is keep things especially simple. Movement is handled with a virtual d-pad on the left, while firing your weapon is simply a matter of holding your thumb down on the right. The only type of contest on offer is deathmatch, with rounds lasting no longer than three minutes – perfect nuggets of action for a core mobile gamer. To Gamevil’s credit, also, the game’s energy system only applies to the single player arenas: if all you want to do is take part in (largely lag free) multiplayer battles, you can play on for as long as you like. 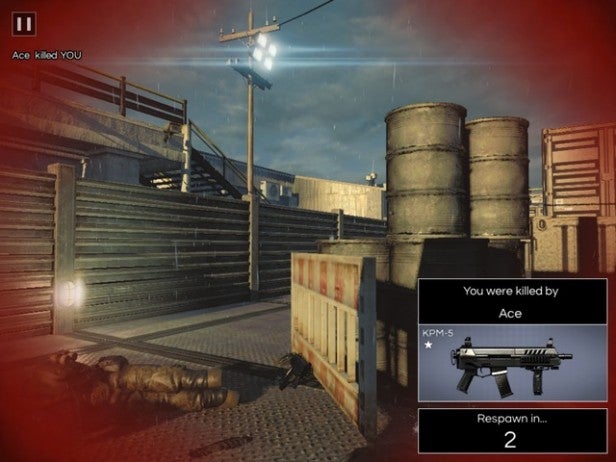 This understandable quest for simplicity given the game’s touchscreen controls does have one nasty side effect, however: Afterpulse’s action just isn’t that slick. The reason I was able to go on a rampage during my opening moments playing the game was because it employs a targeting system that snaps onto your rival and stays with them. This means that, if you stand still or walk in a direct manner, you’re pretty much guaranteed to kill your enemy as long as you start firing when facing their general direction.

Conversely, if you happen to be bending round a corner or not facing your foe when combat begins, you’re dead. So many rivals – online and off – that I killed came to the end while firing in a completely different direction to me, debilitated by the game’s simplicity. The snap system means success and failure comes down to who is able to fire relatively on target first, so while it’s easy to kill your rivals, it’s equally easy to lose out before you’ve even got to grips with what’s happening. Making success easier to come by has also, perversely, made parts of Afterpulse far harder. 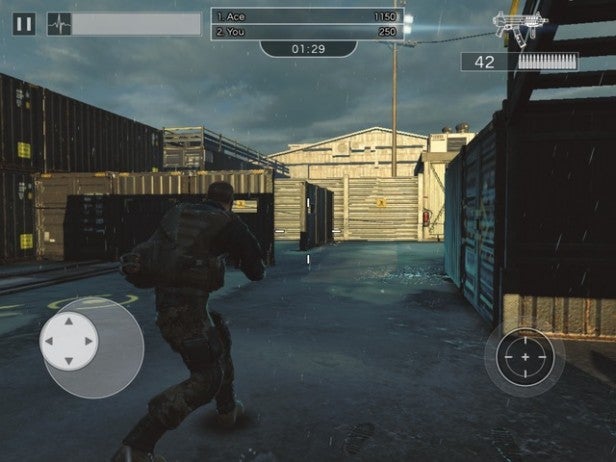 It could be argued that the short and sharp nature of these firestorms both mirrors real life and gives Afterpulse the feel of a western: whoever has the fastest trigger finger wins. However, it’s equally true that it leaves a lot of encounters feeling entirely unbalanced. Like the rubber banding system used by some racers to keep contests tight, Afterpulse’s snap targeting set up makes sure those new to shooters can kill en masse and those typically at the top of the leaderboards are taken out more times than they’re comfortable with. With only a few minutes on the clock also, it’s hard for anyone to build up all too much steam – every body leaves with their dignity in tact and some kills to their name.

To some, that’ll sound like an overwhelmingly positive thing. To others, it will kill the challenge altogether, turning a shooter that looks the part into a casual gaming calamity. It’s hard to know which side of the debate to come down on, but while Afterpulse is undoubtedly fun, my gut is that it’s all a touch superficial – a simple shooter designed to keep you engaged so you’ll spend money on upgrades in play. Ultimately, though, the weapons you either earn or buy will play out in arenas not challenging enough to truly test them, leaving Afterpulse feeling a little light, a little empty, a little easy.

Verdict
Though Afterpulse looks like it ticks all the typical boxes for a shooter, under the surface a slightly too forgiving targeting system unbalance the action, and the generic nature of what’s on offer make Afterpulse feel like little more than a vehicle for grabbing your cash. Fun while it lasts, then, but not the deep experience it pitches itself as.