What is Affinity Designer?

Serif’s Affinity Designer is a vector art app with high aspirations. It aims to entice creative professionals such as vector artists and logo designers away from Adobe’s ruling Illustrator, with an insanely low RRP and advanced cross-platform functionality that lets you easily work on projects across iOS and macOS.

With an excellent feature set and wonderfully optimised support for the Apple iPad Pro and Apple iPad Pencil, if you’re a vector artist who often works on the go, Affinity Designer is a no-brainer purchase. A few niggling issues and missing features stop it from being an Illustrator killer on the desktop, however. 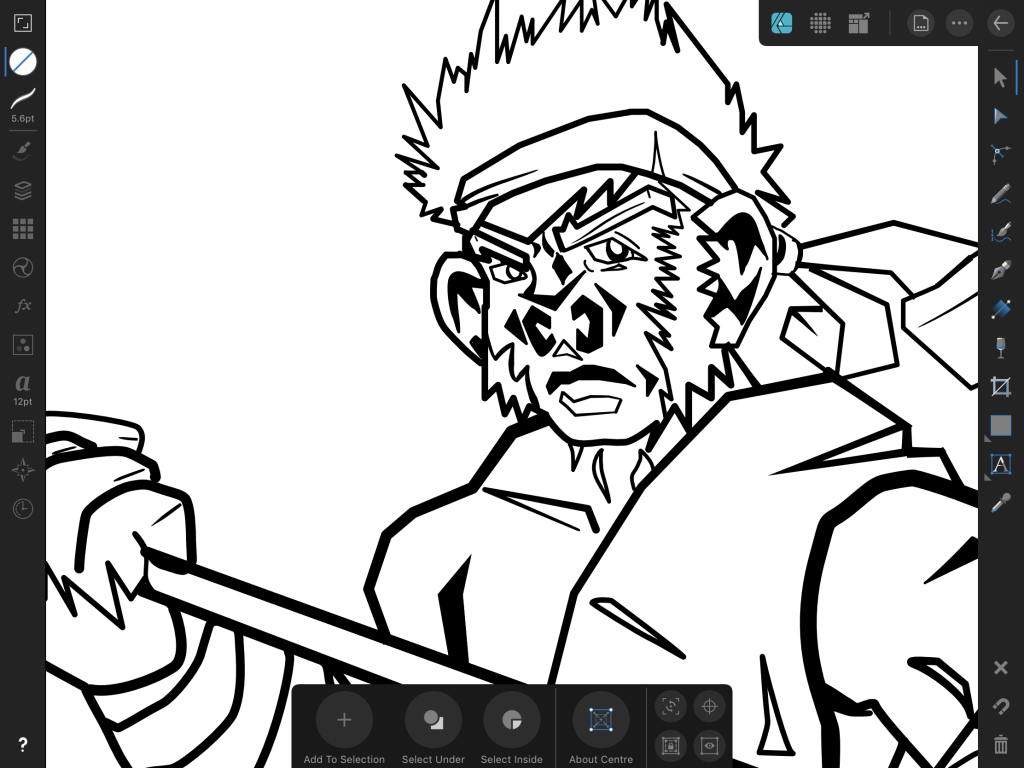 The Affinity Designer UI is fairly simple compared to Adobe Illustrator, but is markedly more in-depth than competing iOS creative suites such as Procreate.

The app is split into two ‘Personas’. You can switch between them using controls that are conveniently located at the top of the UI. The first grants you access to the Vector Persona, while the second opens its pixel-editing tools.

The setup makes the app feel like a halfway house between Photoshop and Illustrator at first, but after a while it grew on me.

The addition of vector tools is a particular bonus for iPad users. For non-creatives, vector art is very different to the BMP file formats and projects you’ll work on in software such as Photoshop.

Vector graphics are made of individual paths and objects, composed of a variety of different shapes. Unlike BMP/raster images, which are built of individual pixels, they’re infinitely scalable and don’t lose quality when you blow them up or zoom in on specific areas.

The feature set on offer is seriously impressive. Opening the Vector Persona, Illustrator and desktop Affinity Designer users will be treated to an instantly familiar set of tools and options. These include the staple Pen tool plus a useful vector brush that lets you create custom paths. Also present is a useful selection of live shapes, which you can use to create common objects on the fly. 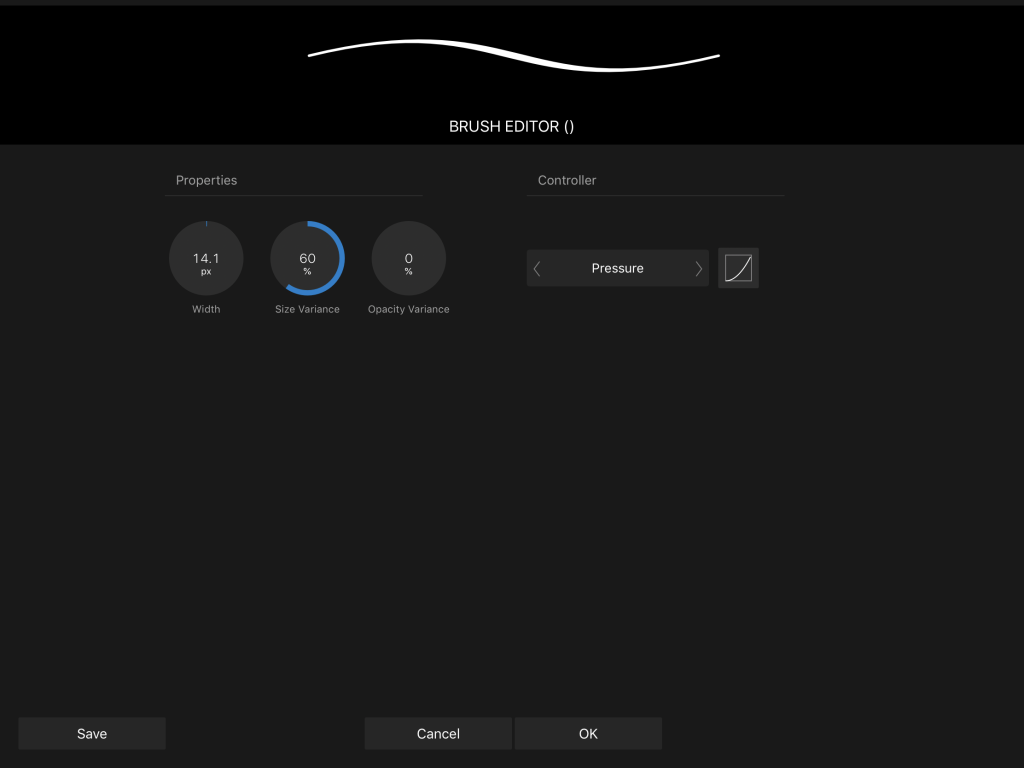 The customisation options on tap are excellent, and after creating an object you’ll be met with the standard controls you’d expect. Each point – or ‘node’ as it’s called in the app – can be manually manipulated to increase its brush size, curvature, angle or colour. There’s also a handy Fill tool and a wealth of pre-made brushes and effects that make it quick and easy to create airbrush or specific marks in the Vector Persona.

The only notable absence is a vector eraser. The Eraser tool is one of Illustrator’s best features and makes cleaning up vector line work significantly easier than it is in Affinity Designer. The only way you can delete stray overlapping lines is to delete a node or resize it, unless you jump into the Pixel mode and use its Eraser tool, which will cause some rasterisation.

The Pixel Persona is fairly impressive, and for the most part is on a par with Procreate for basic doodling. You get a slathering of brush, eraser, smudge, paint bucket and selection tools, plus a decent layer of adjustment and filter options. Although, being blunt, if you just want to do raster work then Serif’s Affinity Photo apps are a little more intuitive and have a more developed feature set. If you’re a true noob, then Procreate is significantly more user friendly and easy to use, although it has a radically reduced feature set.

For the most part, I found myself just using the Pixel Persona to do rough sketches that I then worked over in the vector mode.

As far as usability goes, for the most part the app is excellent (tested on the Apple iPad Pro 10.5-inch). Using the Apple Pencil, the app worked a treat. Featuring a pressure-sensitivity control, it’s super-easy to set each tool to respond exactly as you want.

The windows and rope stabilisers make the pen particularly useful when doing basic vector line work or creating custom live objects. Personally, I found the iPad a little small when editing specific nodes in paths; I regularly had to pinch to zoom. As such, more hardcore artists or designers would likely be better off investing in the larger 12.9-inch Pro. Considering how easy it is to migrate any project from Affinity Designer to the desktop Designer app, or Illustrator using iCloud, this is hardly a deal-breaker. 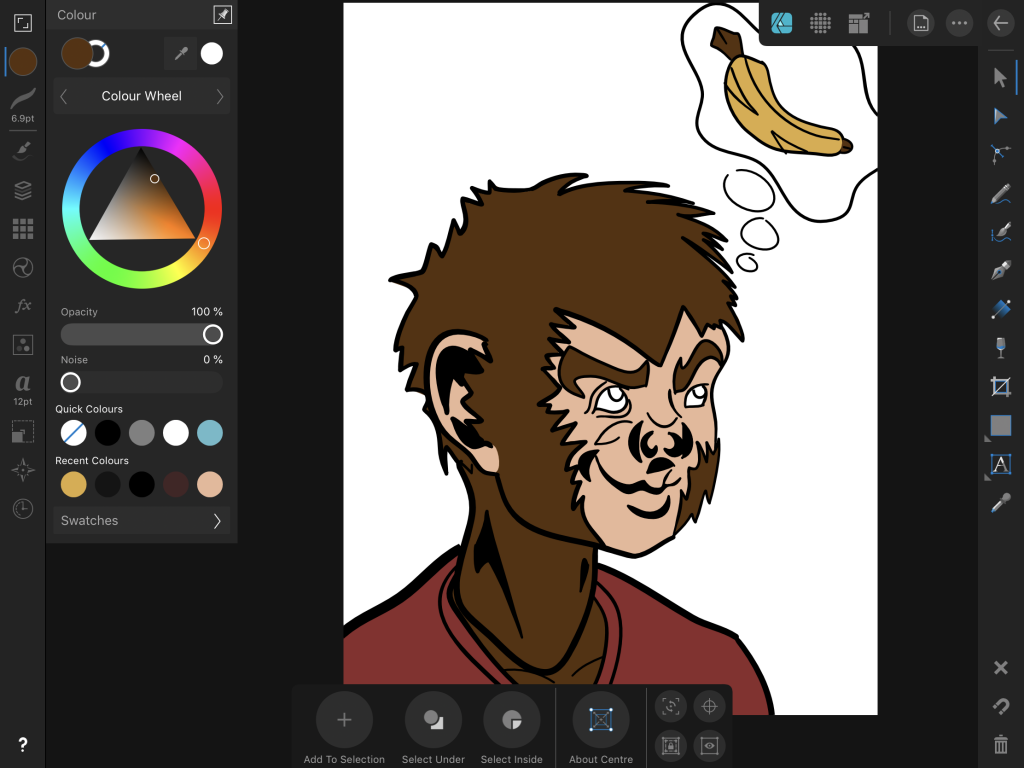 I’m also a big fan of the fact that as well as adjusting items such as thickness and bleed, you can also change hues and colours using varying pressures in Affinity Designer. This will be hugely useful for logo designers and typographers.

My only issue in terms of the app’s usability stem from the touch controls’ lack of customisability. The app is chock-full of useful touch shortcuts. These include basic timesavers such as pinch to zoom and double tap to undo an action, to more specialist ones such as turning a single node into a sharp corner using a single-finger hold.

The features work well once you learn them, which is easy if you have the time to take advantage of Serif’s impressive library of online video tutorials. But I can’t help but wish I had the option to set up custom shortcuts better suited to my specific workflow. The ability to do this on the Wacom Cintiq or the Mobile Studio Pro using Express Keys is a key selling point for the devices – although, considering how much more expensive they are, it again isn’t a deal breaker. 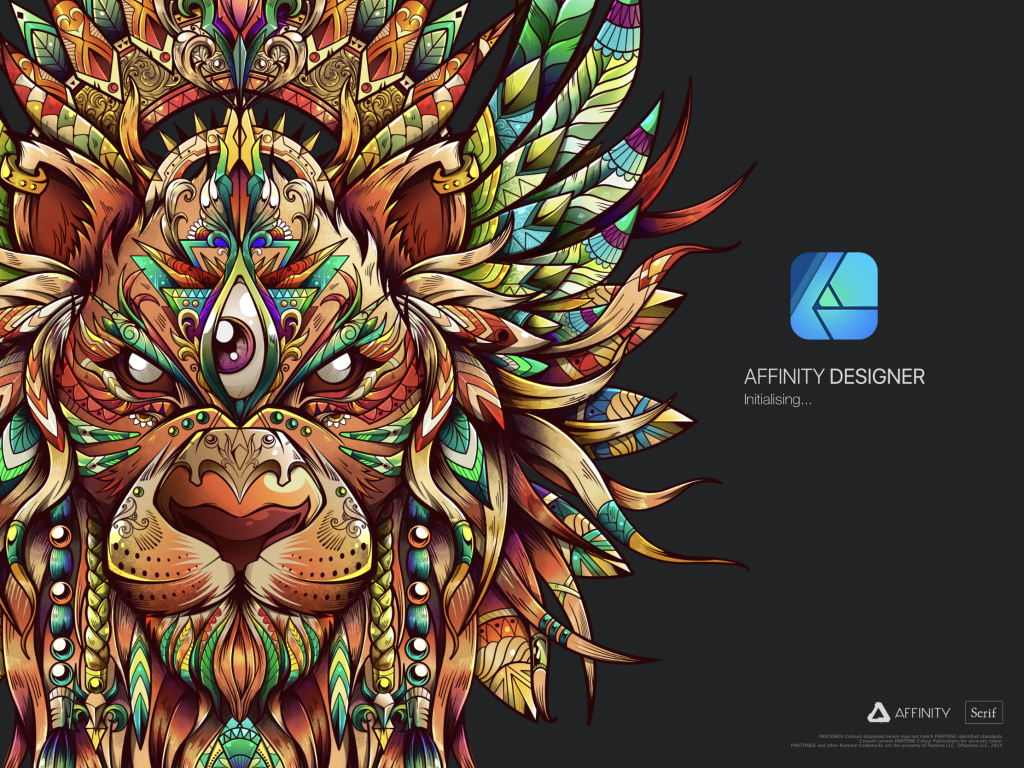 Despite a couple of niggling flaws, it’s hard to get over the fact that Affinity Design costs a meagre £13.99 right now. The very fact I’m comparing it to Adobe software, which is ridiculously more expensive, speaks volumes about how good it is.

The app features a competitive feature set and, on iOS, is one of the only viable options for vector artists. Even if you’re an Illustrator user on the desktop, or if you’re on the lookout for a mobile work station and own an iPad, I can’t think of a better app to try than Affinity Designer.

If you’re a basic digital painter or photographer who mainly works in traditional pixel/raster formats then Procreate is easier to use. But note that it does have a more stripped-down feature set. Serif’s Affinity Photo is also – on paper, at least – a fairly alluring alternative. However, we’re yet to test it and so can’t sensibly comment on its performance at the moment.

At this price, you’d be stupid not to give Affinity Designer a try.