I feel a little sick. I’ve just taken off the DK2 development version of the Oculus Rift having played just 15 minutes on Adr1ft. Despite the slight queasiness, I came away thinking that it was one of the best examples of virtual reality gaming I’ve experienced so far.

Created by game studio Three Zero One, Adr1ft is set in the year 2037 and tells the story of a female astronaut who is the sole survivor of a destroyed space station where all of her colleagues have died and she has no idea why. To make things even worse, her spacesuit is leaking oxygen. The goal is to to stay alive and get back home. As you repair items around the ship and your suit, you’ll also begin to piece together exactly what happened to other crew members and why you’ve been left on your own by discovering audio logs. 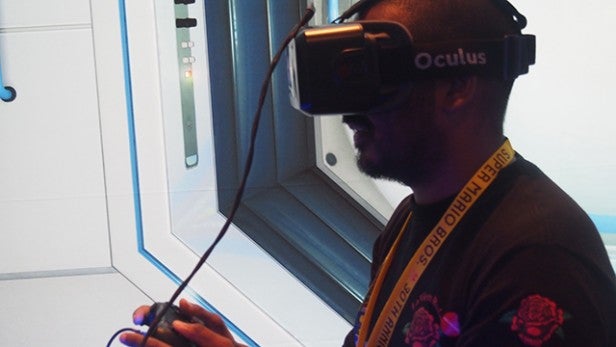 Three Zero One has been working on the game it calls a First Person Experience (FPX) for 13 months. A member of the team told me they wanted to go for the scope and scale of Gravity and the emotional connection in Journey and it’s pretty much on the money. I’d say there’s strong influences from Kubrick’s 2001: A Space Odyssey as well here.

Putting on the Oculus headset, a pair of headphones and grabbing a controller, the first person view and heavy breathing means it doesn’t take long to feel that sense of claustrophobia and what it would feel like to be stuck in space. Looking around you can see your space suit and all manner of floating debris and are introduced to the zero gravity environment, which adds to the disorinetation. 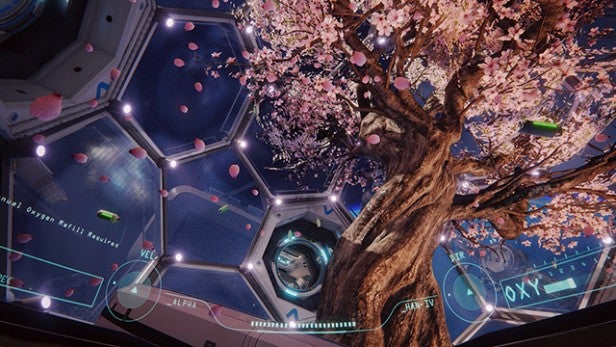 You’re running low on oxygen thanks to a cracked helmet and you need
to locate an oxygen tank quickly. I perform a somersault while getting to grips with the controls. Floating
through a doorway, I enter a room where a computer terminal lies at the
centre. Reaching out my hand using the controler to activate the
terminal, I’m told I need to make repairs to the outside of the ship.

Struggling my way through large debris, I finally make it out of a broken window and out into space. It’s a pretty special experience seeing Earth as your backdrop. Look down and you can see your feet. Look around and you can stare into the darkness. What makes this different from other VR experiences in space is that the gorgeous visuals really play a part in creating the illusion of being in space.

After getting accustomed to my surroundings, I get to work on making the repairs. Not long after that, my time with Adr1ft is cut short and I’m both thankful and disappointed that’s the case. 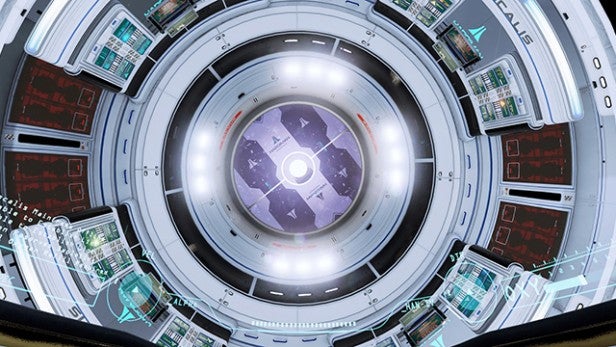 Adr1ft is a reminder of how virtual reality is going to take gaming to a really special place. This wasn’t even the latest Oculus headset, yet I still felt fully immersed in the action. Add in the sense of isolation and disorientation that an environment like space creates, and it’s a pretty special experience.

If you added support for the new Oculus Touch controllers letting you actually reach out for objects, it would certainly add another dimension to the gameplay. While the use of virtual reality certainly shines through in just fifteen minutes, I didn’t feel all that great afterwards. It’ll be interesting to see how comfortable it is to play for longer periods. I do know that I want to step into the Adr1ft world again with or without the VR headset.