As is frequently the case with Adobe’s products, one of the most exciting new features comes when you use Premiere Pro alongside another of Adobe’s applications, in this case SpeedGrade. The latter hasn’t become a properly dynamically linked application just yet, but this is clearly the direction things are headed. For now, the Lumetri effect in Premiere Pro lets you load Looks from SpeedGrade, which are available as effects presets within their own category, complete with preview browser. 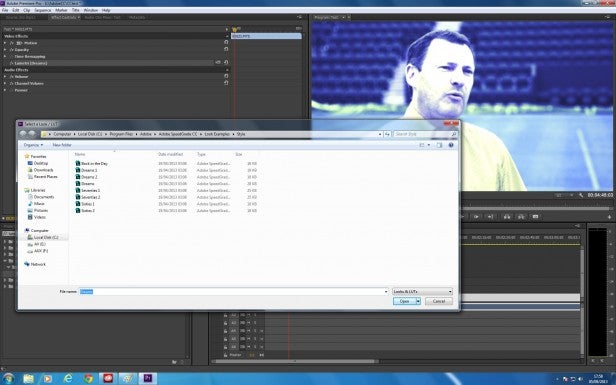 But you can also load custom look-up tables (LUTs) created with SpeedGrade itself. There are no facilities within Premiere Pro to change any settings. But these are the native SpeedGrade treatments, rendered in real time. You can develop a look in SpeedGrade – or have someone else do this – and then use that look with exactly the same visual results in Premiere Pro.

If you change the look in SpeedGrade and re-save, your changes will be mirrored in Premiere Pro as well, the next time you load the preset. These could be reasons to use SpeedGrade instead of the increasingly popular DaVinci Resolve, although you can also export LUTs from the latter to use in either SpeedGrade or Premiere Pro. 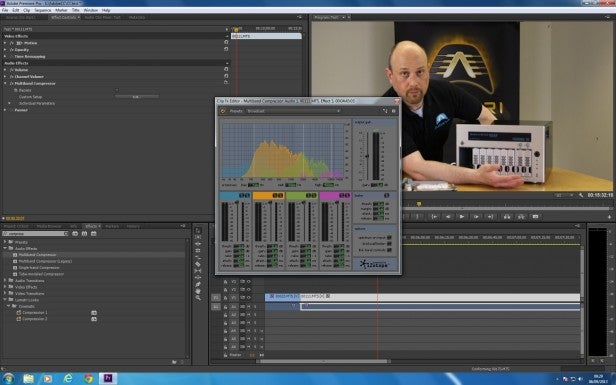 Another feature borrowed from elsewhere is the new Multiband Compressor. The old version is still available for backwards compatibility, but you can now use the iZotope-based compressor from Audition, which comes with a healthy range of options, from broadcast and mastering to a faux walkie-talkie effect.

There is an audio-related enhancement to the multicam toolset as well. You can now synchronise multiple camera angles using their audio tracks, a task which previously required a third-party plug-in such as PluralEyes from Red Giant. We found this pretty effective with our test clips, and you can also sync with an audio-only track, for example the master mixing desk feed from a concert or theatrical performance. 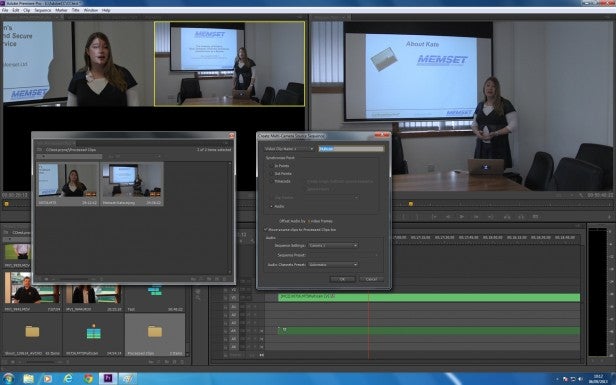 And so finally we return to the thorny issue of subscription-based software. Currently, you can still buy a boxed copy of Premiere Pro CS6 for £748, or you can rent the CC version for £17.58 per month. So you would need to rent the CC version for over 42 months to have paid the same amount, during which time you would also have received a number of new versions, whereas the CS6 would merely have had bug fixes (6.05 arrived a few weeks before this review, for example).

For £46.88 a month you can have every single one of Adobe’s Creative Cloud applications, and their CS6 predecessors as well. But if you have any CS product from CS3 onwards this drops to £27.34 per month, at least for the first year. There are also business and team as well as educational plans. The license is only checked every 30 to 99 days, so you don’t have to worry unduly if you spend extended periods away from an Internet connection.

For new users, the subscription prices are quite attractive. But when you factor in that single-application upgrades used to be about £140-150 for Premiere Pro, existing users have a less enticing pricing compared to the subscription model, especially as there was no compulsion to upgrade with every new version. If times were tight or you didn’t need the new features, you could skip a version if you wanted. Now you have to carry on paying if you want to keep using the software.

If you are an existing Premiere Pro user, you won’t have much choice but to jump on the Creative Cloud bandwagon or stick with your current version forever more. So the answer will eventually be yes, you should subscribe to Premiere Pro Creative Cloud, as it’s an increasingly class-leading video editing application. The pricing is also attractive for newcomers.

Unfortunately, this rather overshadows the new features of Premiere Pro CC, which aren’t as extensive as CS6 or CS5. But at least your subscription will mean you get future new features as soon as they are ready, rather than having to wait for the full upgrade cycle to come around.

This version of Premiere Pro is primarily about the Creative Cloud service, but there are some genuinely useful new features that would make you want to switch from CS6, if you can stomach the new subscription model.