Premiere Pro CC 2015 is the most recent update to Adobe’s flagship non-linear video editing package. Now that the software is exclusively available via the Creative Cloud service, updates are more incremental and there is less hoopla when a major new release arrives.

There have been a few sub-versions since I reviewed the first version of Premiere Pro CC, including improvements to the first release, and three iterations of the 2014 version. Here, I take a look at what’s new in the 2015.0.2 release, aka 9.0.2.

There aren’t a whole lot of new effects in this version of Premiere Pro, but one in particular is garnering a fair bit of interest. The Morph Cut transition is designed for those times when you’ve shot a talking head but only have one usable camera angle, and not much B-roll for cutaways. So when it’s necessary to reduce the interview length, you either end up with a jump cut or have to use a cross dissolve that is almost as bad.

Enter the Morph Cut. This analyses the background, so it can figure out which bit of the frame is the talking head, then blends the two clips together so there is a seamless flow from one section to the next. I tried this on a corporate video with a well lit, contrasting background and the result was surprisingly good, although there was some spurious mouth motion along the way. This didn’t look out of place, and I can safely say I will be using this transition in interview work from now on. 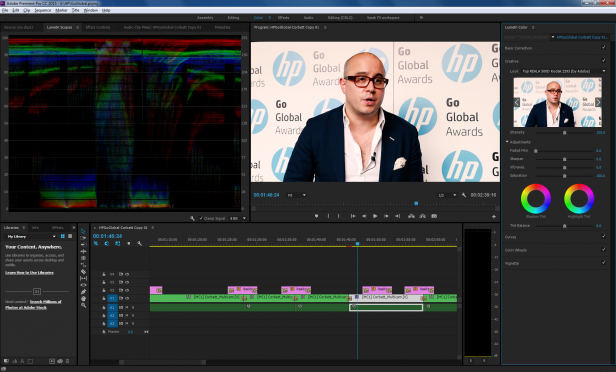 Another significant area of enhancement is colour. Adobe acquired IRIDAS’s excellent SpeedGrade around four years ago, and it has been part of the Creative Cloud offering since with CS6. However, for lots of jobs SpeedGrade is overkill, especially for a quick bit of grading. So Adobe has brought technologies from SpeedGrade and Lightroom into Premiere Pro. This is provided via a new Lumetri colour workspace.

You don’t get sophisticated functions from SpeedGrade like the colour matching ability (which is a quite astounding feature). But you do get a whole bunch of Look presets; the ability to import external looks and LUTs in most of the popular formats; a selection of adjustments including sharpening, fading, vibrance and saturation; and tint colour wheels for shadows and highlights. So quite powerful grading is available without the need to leave the Premiere Pro interface, which will definitely make proper grading even more popular than it has already become.

Although Premiere Pro has had customisable workspaces for a while, with 2015 there is now a whole selection of these, the Color option being just one. There are also Assembly, Editing, Effects, Audio, and Metalogging layouts. All can be reconfigured and saved, and you can create your own as well. The Welcome screen you see when you first load the software has had a makeover, too, although you probably won’t be spending a lot of time looking at that. 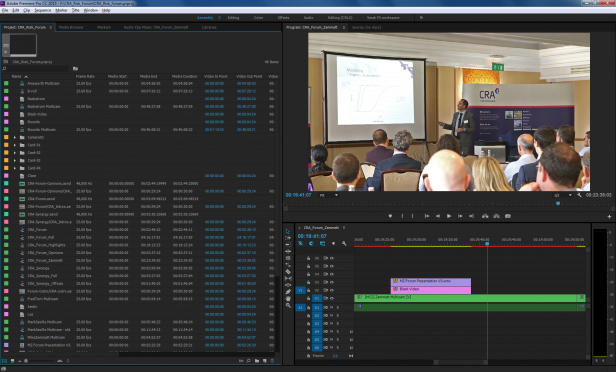 Collaborative working and the cloud are increasingly in vogue, and Adobe has been developing tools to leverage this for a few years now. More links with these facilities are now built into Premiere Pro CC. You don’t get the full range of what can be stored in the Creative Cloud Libraries within Premiere Pro CC, however. Video assets aren’t included, just Lumetri Looks, graphics, character styles and colours. You can create libraries of assets, synchronise them via Creative Cloud, and share them with collaborators so they appear right inside their own copy of Premiere Pro and can be used on their projects. 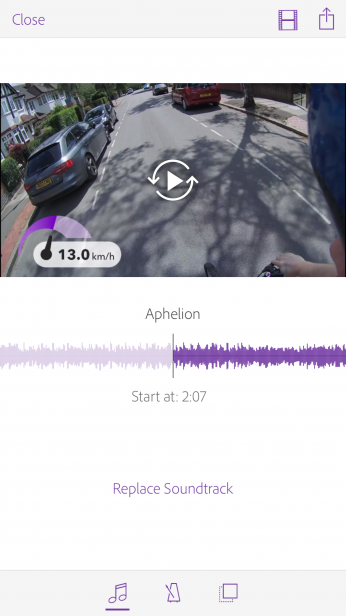 There is direct support for the Adobe Premiere Clip smartphone app, which lets you grab footage, perform some simple editing, and then sync to your Creative Cloud space. The footage and project file will then appear on your desktop system and can be edited further there. Dragging the XML file created to Premiere Pro CC imports the project and all associated clips. There’s a direct link to the Adobe Stock service, too, and Adobe Anywhere collaboration system, although this requires an Enterprise-level account with associated server software.

One of the big strengths of all of Adobe’s applications is their ability to exchange content without the need to render out. This has been further improved between Premiere Pro CC 2015 and Audition. You can now export to Audition with preview video streamed directly from the Premiere Pro engine via Dynamic Link, rather than having to wait for a preview render. 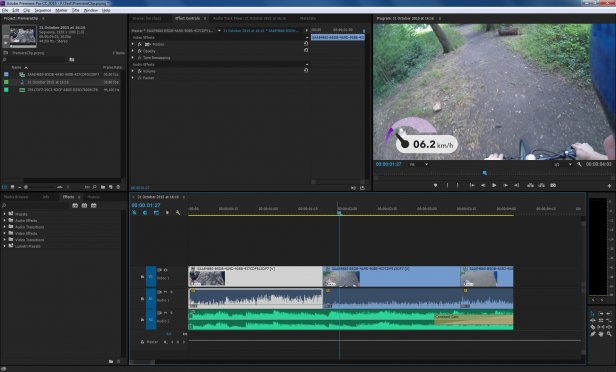 A small but potentially handy new feature is the Time Tuner facility in Adobe Media Encoder. In a broadcast environment where video sequences have to be a precise length, instead of re-editing a sequence manually to fit, this facility allows you to trim or add up to 10% to the duration automatically, by adding or removing frames at points of less action. I tried this with a corporate video that I recently completed, and export took much longer. I also found some very strange behaviour, with audio speeding up and disappearing entirely. So whilst this is a nice idea, it seems to need a bit more work before you can rely on it in a production environment. 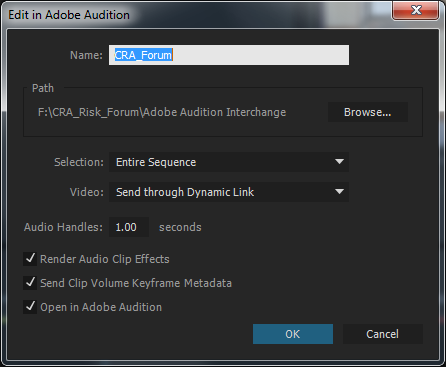 There are plenty of smaller enhancements, too. You can now move the anchor point in the Program Monitor simply by dragging it. Items can be hidden in the Project panel, for a less cluttered listing. You can also sort clips via XMP data. If you load a sequence into the Source window and alter the in and out points, you can now create a subsequence directly from that. None of this is earth-shattering, but potentially useful at some point. 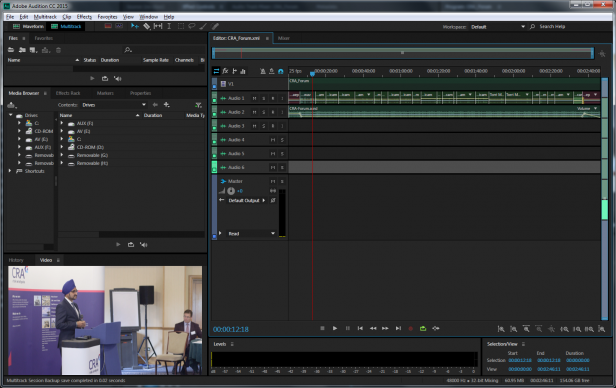 Every new version of a video editing application will include expanded file format support, because new formats seem to be arriving faster than PPI claims spam. In this version, there’s Avid’s DNxHD with compressed alpha (although the main format has been supported for ages), Canon XF-AVC (as used by the Canon XC10), Apple ProRes 4444XQ, JPEG 2000 MXF Op1a, and Panasonic 4K_HS. 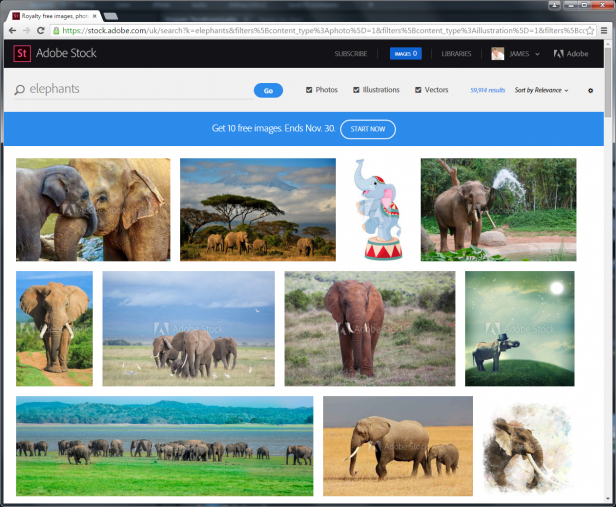 The support for digital cinema formats has been enhanced as well. You can now gain access to the source settings for RED, ARRI, CinemaDNG, DPX, and Sony F65 files, allowing you to adjust how these are interpreted. This is controlled via the Master tab in the Effect Control panel. In the other direction, at long last Dolby 5.1 export is also supported, and you can export AAF files directly from Premiere Pro, with a reference video mixdown included and linked to automatically.

If you have a Creative Cloud subscription, you will already have Adobe Premiere Pro CC 2015, or at least the option to install it as part of your monthly payment. Conversely, there is no killer new feature here that will specifically lure users of other editing packages over who haven’t been persuaded before. The new built-in grading toolset comes close, and the Morph Cut transition is a very welcome enhancement too, but on their own they are unlikely to sway your opinion.

However, Premiere Pro CC is already a pretty persuasive package. One of its biggest strengths remains the way it integrates with other Adobe applications, so you can (for example) export audio directly into Audition for powerful enhancement, and import title sequences directly from After Effects without having to render them out. Those who are serious about their video editing always have a favourite, from which it’s hard to convince them to change. But Adobe Premiere Pro CC 2015 remains a serious contender with even more powerful features for the professional video editor.

Adobe Premiere Pro CC 2015 brings capable grading into the app itself, plus a host of small but useful enhancements.