We have been reprimanding Adobe for some time about the lack of support for AVCHD in Premiere Elements. The majority of its competitors have been able to edit the format for a couple of versions now. But, despite AVCHD having virtually taken over as the high definition consumer camcorder recording format, Adobe dragged its feet. 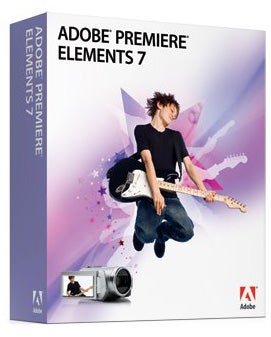 Until now. At long last, the new version of Adobe Premiere Elements supports AVCHD, and jumps courageously from Version 4 to 7 to mark the occasion. Crack out the champagne, have a lie down on the nearest couch so your heart doesn’t give out, because it doesn’t just support AVCHD – it also does a very good job. In fact, we’d even go so far to say that it’s the smoothest implementation we’ve yet seen.


Despite the extra processing required by H.264-based footage such as AVCHD compared to MPEG-2, Premiere Elements is surprisingly responsive, even when you have added an effect or two. We would recommend a dual-core system running at over 2GHz for this, however. 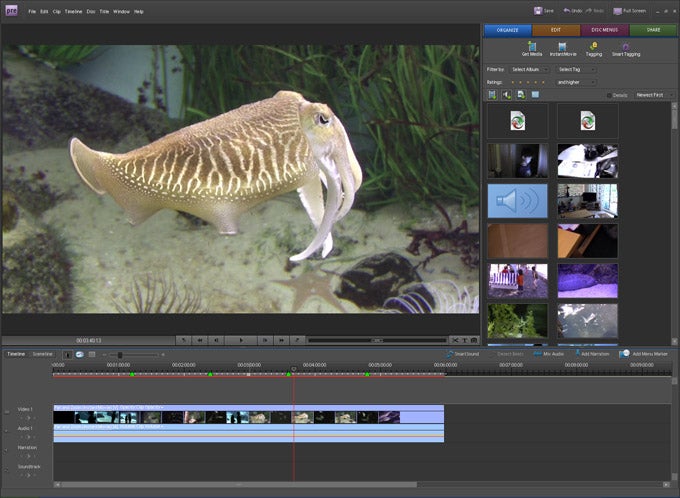 
Since we have seen examples of virtually every camcorder released from most manufacturers in the last year here at TrustedReviews, we were able to try a comprehensive set of sample footage. Premiere Elements 7 imported AVCHD from Sony, Canon, Panasonic and JVC – including Full HD. It also handled JVC’s MPEG-2-based TOD files without a hitch. Even Samsung’s high definition and standard definition MP4s weren’t an issue. The only camcorder footage we tried which wasn’t properly recognised was from the YouTube-oriented Creative Vado and Flip Video Ultra.


So Premiere Elements 7 can now edit footage from virtually every camcorder currently available, removing our biggest criticism of the previous version. But it also has a number of other additions, mostly aimed at improving its usability for newcomers. The first version of Premiere Elements was really quite scary. It was essentially a cut-down version of Premiere Pro with tab-based editing stages cobbled on as a nod to the novice. The software has come along way since then, with each iteration adding a few more concessions to ease of use.

New to this version is InstantMovie, which edits your footage for you automatically. Ulead VideoStudio and CyberLink PowerDirector have offered this kind of widget for some time now, and Flip even offers a simplistic equivalent in the software integrated into its pocket YouTube-oriented camcorders. The Adobe iteration is a little more sophisticated. You can call up the process right from the opening splash screen, or you can run it from inside the application once it has loaded. The wizard then guides you through selecting clips and choosing one of the 20 available Themes, before setting the system rolling.


The automatic editing isn’t just a random process. The clips are analysed for various factors, which then dictate how they are cut and ordered. This can be quite a time-consuming process, but graphics, transitions, titles and music are all added according to the chosen theme. If you’re not happy with the results, you can change settings for Theme Content, Music, Duration, and Sequence. As a quick and dirty cut, or if you really haven’t got the patience to edit yourself, InstantMovie could be handy. But the end results are naturally rather clichéd – and a bit of a waste of Premiere Elements power and depth. 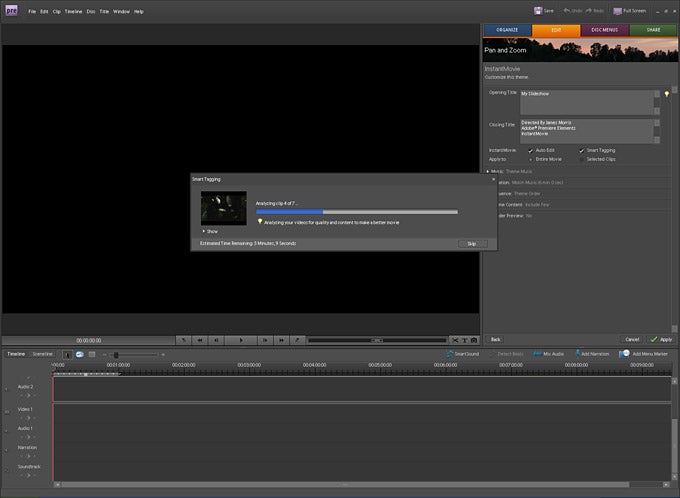 (centre)”’InstantMovie wizard analyses your clips using its Smart Tagging system, and then uses this to cut and arrange them automatically”’(/centre)


Fortunately, the analysis engine isn’t only restricted to InstantMovie. You can also call it up with the SmartTagging wizard. This will then automatically rank your clips according to qualities such as focus and stability of camerawork. However, with everyday handheld footage we found it marked most shots down, making it less useful than it could be. The Themes, which were introduced in Premiere Elements 4, can also be used separately, as matched titling and DVD menu Themes.


The novice user is also the focus of another of Premiere Elements 7’s new additions, Videomerge. This is a simplification of the chromakeying tools which already existed. Instead of having to tweak the key for best results, Videomerge can simply be dragged onto a clip. It then automatically detects and removes the background. We found it could be quite effective, although the original tools were still best for really clean, professional-looking keys.

Yet another tool aimed at speeding up production is the inclusion of SmartSound Quicktracks, which was previously available separately but is now bundled. Unlike the very novice-oriented features discussed so far, this could also be useful for the more seasoned editor. Quicktracks is a loop-based music creation system, which produces soundtracks that are entirely royalty-free, based on a set of simple parameters. Adobe includes 14 music libraries, with numerous variations of each theme. So there are plenty of options available. This is fortunate, as although many of the mixes are really rather respectable, some would be embarrassing even on the cheesiest wedding video. 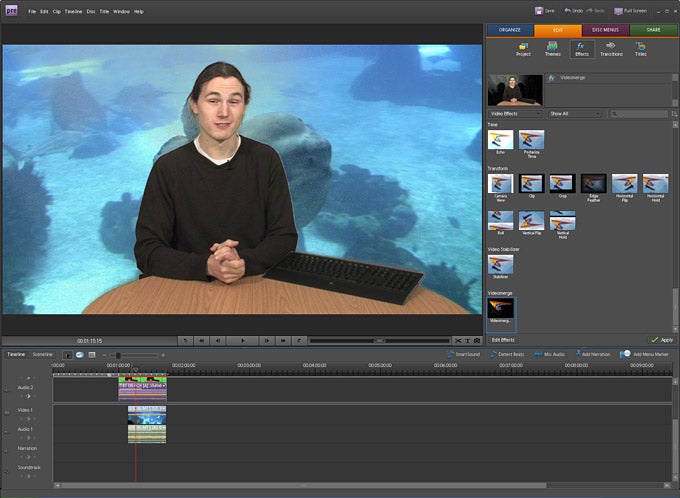 
One thing we were surprised not to see in this version, however, was surround sound mixing. Pinnacle Studio has had this facility for years, and does a very good job. We’re also seeing a few camcorders with the ability to record surround sound, such as Panasonic’s SD100 and SD9. Premiere Elements can import this footage and preserve the 5.1 audio, but it still can’t remix it or create a surround soundtrack from scratch.


The AVCHD camcorder has grown to dominate the consumer market, and even started to appear in professional formats, primarily from Panasonic. So reluctantly we have found it harder and harder to recommend Premiere Elements as the video editing software of choice because of its lack of AVCHD support, despite its greater power and flexibility compared to the competition.


However, with Premiere Elements 7, Adobe has redressed the balance. The other new features are mostly aimed at the new user, with precious little for more serious video makers. But the software was already full of enthusiast options. Now that it works with virtually all the latest camcorders as well, we can again return Premiere Elements its crown. It’s easier to use than ever before, but more importantly, it remains the most feature-rich PC video editing app outside the professional market.