The selection of FilmLook filters has been expanded slightly, with four new ones including Comic, Trinity, Yesteryear, and Cross Process. These are not effects you will be using every day, but if you do want to achieve a specific stylised film or TV appearance in your edit, the presets are potentially handy.

The actual FX parameters contained within each preset come from different sources, however, with Comic being NewBlue Cartoonr Plus, whilst Cross Process is a Split Tone effect working on shadows and highlights. This can be confusing if you want to make your own adjustments. 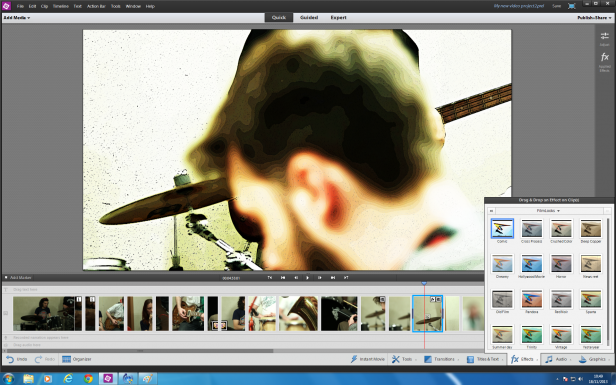 For the experienced user of Premiere Elements, the most important new addition is the arrival of the adjustment layer. This requires working in Expert (timeline) mode, and adds effects to multiple clips. You place the adjustment layer over the clips you would like to be effected, then add filters to that and everything underneath on the timeline will have the filter applied. 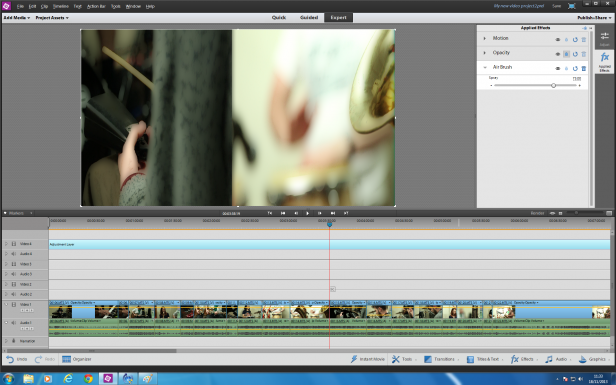 This is particularly useful if you want to treat layered video, such as picture-in-picture montages, with a uniform filter. It’s also handy if you want a treatment to span across a transition. However, the method for creating an adjustment layer is a little opaque, until you get used to it, as you need to drag an effect to the preview window rather than the clip on the timeline. This creates an adjustment video clip layer across the entire timeline, which you can then use like any other clip, such as adjusting in and out points or adding further effects. 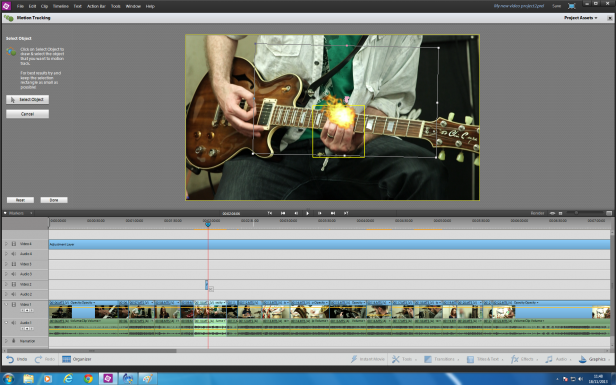 Motion Tracking, which was actually removed in Premiere Elements 11, makes a welcome return too. Using this tool, you choose an object in the frame to track and then let the tool analyse the clip for this object’s location. Once the process is complete, you can add a graphic to follow the object within the frame, such as a caption or speech bubble. We found the accuracy of tracking good enough to make Motion Tracking a useful ‘new’ tool. 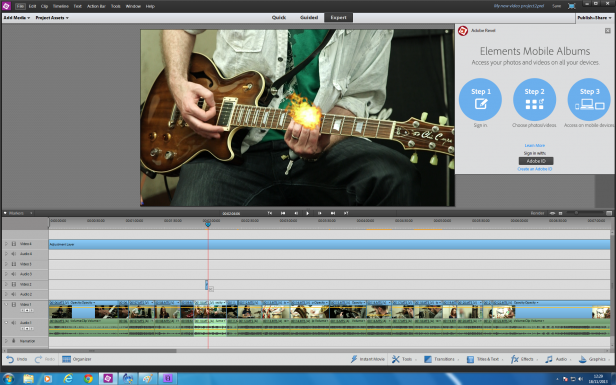 On a more mainstream level, there is a greater number of musical scores included with Premiere Elements 12, with more than 50 musical scores and more than 250 sounds effects bundled. These are organised according to category, and function in a similar fashion to QuickTracks or Sony’s Cinescore.

The sound effects are simply audio clips available through the Organiser. Amazingly, Adobe continues to completely ignore 3D with Premiere Elements, although this may look like a sensible decision now that the furore over the third dimension has died down and camcorder manufacturers have stopped bothering to release new 3D-capable models (Canon never did in the first place). 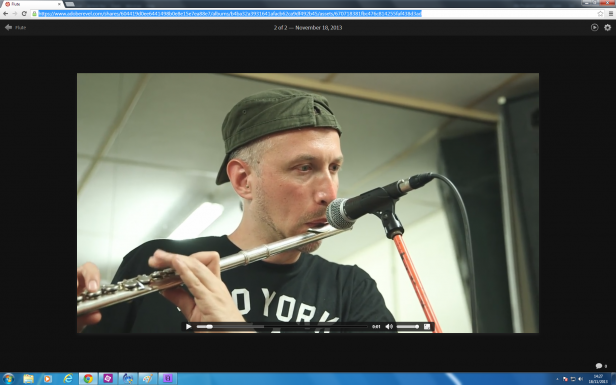 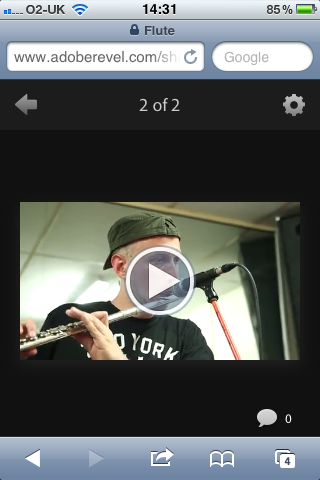 Premiere Elements 12’s final area of significant innovation is in sharing your content online, which primarily revolves around the Adobe Revel service, and can now be performed directly from the Editor application.

This is called the Private Web Album, and you have to sign in with your Adobe ID to get things started. Your movie will then be rendered and uploaded to Adobe Revel, after which a URL will be provided that is so long you will only ever be able to copy and paste it. But the album will also be compatible with mobile phones and tablets.

Uploading video to public networks is of course still available, but now it’s called Social Websites in the Publish Share section, and includes Facebook, Vimeo and YouTube, with a selection of appropriate encoding presets provided for each.

Should I buy Premiere Elements 12?

This version of Premiere Elements 12 is primarily aimed at the new user, and the Guided editing will help newcomers get to grips with the concept.

The complication of video editing has always been a barrier to its widespread adoption, and this will aid the process. The adjustment layer facility and motion tracking will be the most welcome additions for existing users, and both are pretty accomplished, but they may not be enough to tempt every current user to upgrade.

Guided editing makes Adobe Premiere Elements 12 even easier for newcomers to learn, but while existing users have adjustment layers and motion tracking to tempt them, the focus is very much on the novice.