What is Adobe Premiere Elements 12?

Adobe Premiere Elements 12 is the latest incarnation of Adobe’s consumer-oriented video editing tool. While Adobe’s professional video products like Adobe Premiere Pro have joined the subscription-based Creative Cloud, the Elements collection remains software for which you can buy a license in perpetuity. So Premiere Elements will continue to have version releases for the time being, which are approximately annual. 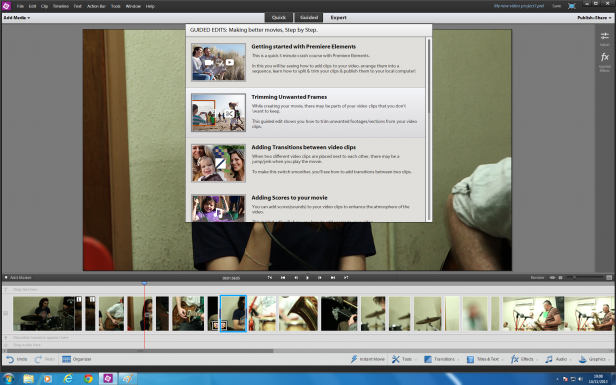 Adobe Premiere Elements 11 brought with it a new interface. However, with version 12 there has been nothing quite so revolutionary. There is an overall tweak to the look and feel of the Organizer and Video Editor, with a cleaner and more contemporary feel to the dialog boxes. But this is primarily cosmetic. The most significant new interface addition is the new Guided editing tab in between the Quick and Expert modes at the top.

The Guided mode leads you through various processes in editing, using a wizard-like process. The topics covered include the key skills, such as a general tour of the interface, trimming clips, transitions, adding musical scores, simple picture enhancements, titling, narration, and even more advanced activities such as creating picture-in-picture effects and superimposing graphics over the video. It’s hardly a comprehensive tutorial, but will ease total newcomers into the complications of video editing. 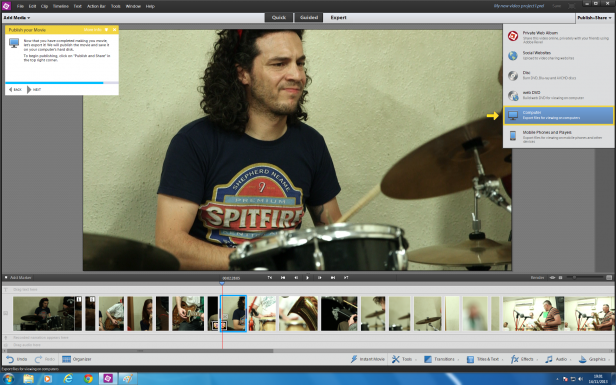 As each topic progresses, a text box explains each stage, and the relevant part of the interface is highlighted by a yellow arrow and rectangle around the tool in question. You are partially free to do as you wish with your clips, but most of the interface is disabled. So whilst you can use the techniques on your own projects, you are constrained to just the technique you are currently being Guided through.

Guided editing mode will be almost irrelevant to existing users of Adobe Premiere Elements, though, and could cover more areas, for example the extensive range of filters available in the application. There are some new additions here, with the most notable being Auto Smart Tone, found in the Adjustments section. This is again aimed more at the novice than the seasoned editor, but could find favour with the latter as well, as a quick and dirty enhancement tool. 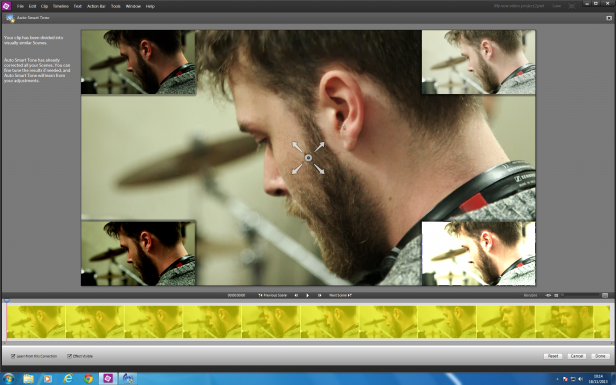 Auto Smart Tone will adjust the tonal balance of your clip automatically. But if you call up Custom mode, it also includes some manual adjustment ability. This works by placing four choices in the corners of the screen. You can move a control point towards one of these corners, or somewhere between two corners, and the tone of the video will be adjusted accordingly.

The filter learns from your choices, too. Next time you apply Auto Smart Tone, its initial setting will be based on your previous customisation choices. The variations are essentially based around brightness and contrast adjustments, so this is primarily a more visual way of configuring these settings. But for those who like to work in a more visual way, it has its attractions, although we would like to be able to save different presets for various projects or shooting environments. Currently, the tool treats every project and clip as the same.

Next
New Features and Verdict Review