So Photoshop Elements has some handy tools for the serious image editor, but there are also some useful additions for the everyday consumer. In Quick mode, Adobe has provided effects as preview thumbnails you can simply click on to add to your image. Similarly, you can add textures to the image, and put them in frames, although the latter can be a little cheesy, as is often the case with this kind of effect. 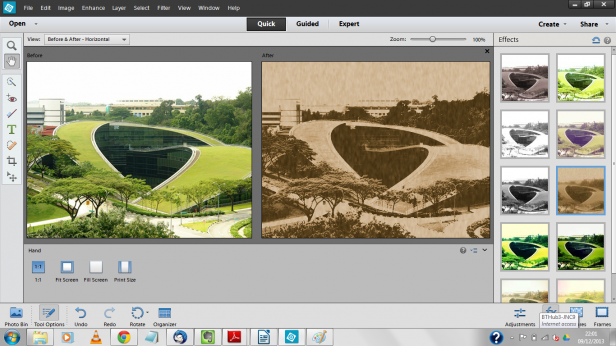 Adobe has extended the Guided Edits, intended to help new users get to grips with using the software and some of the advanced methods available. The Guided Edits were new to Premiere Elements 12, but already existed in Photoshop Elements. They are essentially wizards that lead you through tasks without you having to find the necessary tools in the icon bars on the left. 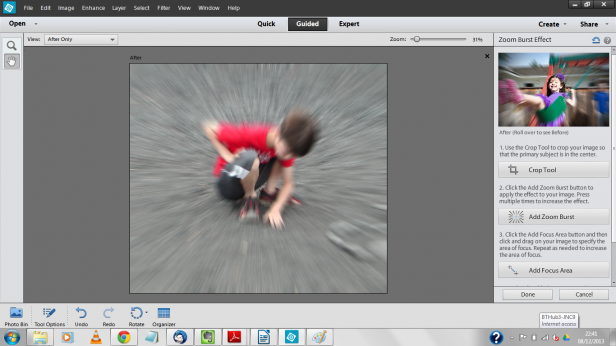 There are now more than 25 Guided Edits in Photoshop Elements, more than Premiere Elements, making a rather useful collection to ease newcomers into advanced photo editing effects. The new additions consist of tutorials for Zoom Burst, Puzzle Effect, and Restore Old Photo. The Zoom Burst is basically a radial blur. The wizard leads you through cropping the image to place your subject at the centre, then applies the blur to create the zoom burst. 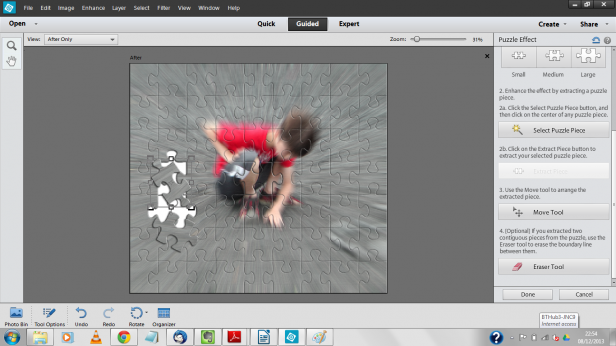 The Puzzle Effect lets you split your image into a puzzle made of small, medium or large pieces. You can then select one and move it as if it hasn’t been put into position yet. You can rotate and select as many pieces as you like. This isn’t an effect you will use very often, but it is quite eye-catching so there will be a few times when you want to give it a whirl. 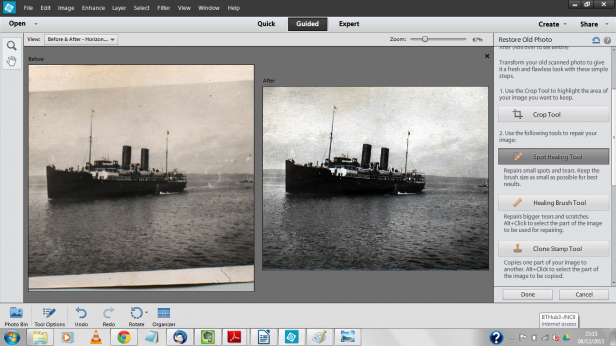 The final new addition, Restore Old Photo, is aimed at enhancement rather than special effects. It brings together a host of tools aimed at resuscitating ancient images you have scanned. First, you can crop the scan to the desired area. Then there’s the Spot Healing Tool to remove individual blemishes, the Healing Brush Tool for larger areas, and Clone Stamp to transplant existing areas to spaces that have disappeared entirely.

There’s also Blur, a general Dust Remover algorithm, automatic Level, Contrast and Color Correction, and then finally the option to convert to black and white as well as applying sharpening. With our test images taken about 80 years ago, it proved pretty effective at improving and adding detail and definition where these hadn’t been previously. You do have to experiment with all the options for optimal effects, but it’s useful to have all the possibilities in one place, even if you’re relatively experienced at photo enhancement. 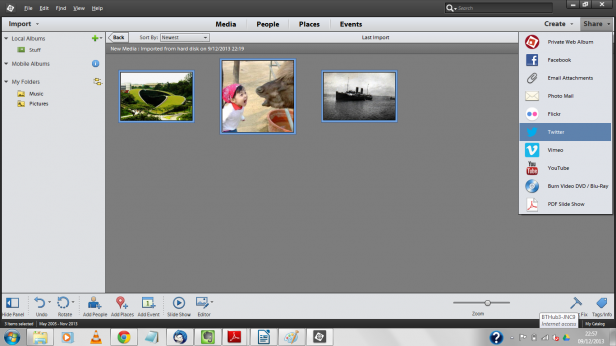 Adobe has brought Photoshop Elements up to date when it comes to sharing options. Once authorised, images can be shared directly from the Editor to Facebook and Twitter, as well as Flickr and private albums on Adobe-supplied web storage. You can also share to YouTube and Vimeo from the Organiser, as well as upload multiple photos to online albums via Adobe’s service, although you will probably want to stick with the mainstream sharing sites.

Should I buy Adobe Photoshop Elements 12?

Adobe Photoshop Elements 12 has plenty to offer newcomers to image editing, with the Guided Edits being a particularly smooth point of entry. Considering all the abilities of the previous eleven versions that are also available, there’s a huge amount of power here, making it well worth the price of entry. However, while Content-Aware Move and Fill are clever, they are the most significant additions for existing users. So if you have Adobe Premiere Elements 11 or even 10 you won’t find so much to convince you to upgrade.

Version 12 of Adobe Photoshop Elements maintains its position as the most powerful consumer image editor, but it’s not a huge upgrade for existing users.