I remember the first GPS device I ever owned. It was eight years ago, weighed as much as a ‘mobile’ phone used to in the late Eighties and all it did was told you where you were. I used it for hiking and biking – in fact I’ve still got it and it’s still going strong.


But things have moved on since having to find a clearing in the woods to pick up a decent satellite fix. Nowadays GPS systems are ten a penny, with full-colour maps, route-planning and traffic avoidance all built in. 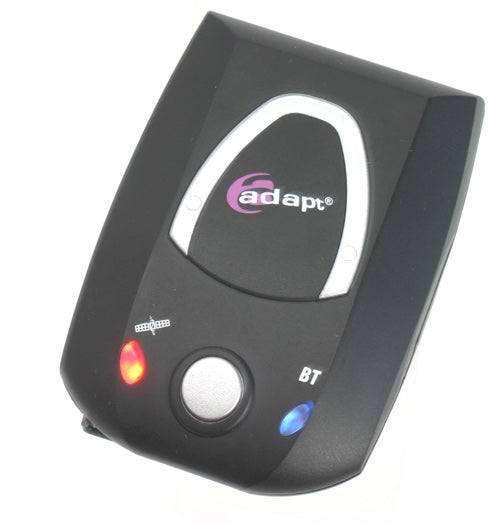 The trouble is, GPS systems are now so widespread and numerous that it’s becoming tough to decide what to buy. Do you go all-in-one, get navigation on your smartphone, or buy a PDA and receiver? If you plump for the latter then which software, receiver and connection method do you want? And what about traffic information systems? It’s enough to give even the most techno-savvy GPS geek a headache.


Adapt’s AD-750, however, presents no such dilemma. If you’re in the market for a Bluetooth GPS receiver to go with your PDA navigation software, look no further. It’s not something I usually say so early in a review, but in a world that is, ironically, quite difficult to find your way around, this product is a bright shining light.


Why is it so good? It’s certainly not down to its looks – the AD-750 is an unassuming black lump of plastic just a couple of LEDs for decoration and the company’s not-particularly stylish hoop logo. 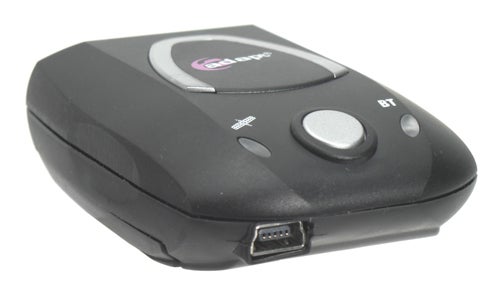 The price, on the other hand is something worth giving the once over. A quick search on Froogle, Kelkoo and a number of other price comparison websites failed to turn up anything significantly cheaper than at the same specification. The AD-750 has the very latest 20-channel SiRFstar III chipset on board and just £46 is only around £16 more expensive than the cheapest 12-channel Bluetooth receiver I could find. It’s not as if costs have been cut elsewhere either. The AD-750 comes with the full complement of charging options: a USB cable for charging via your notebook, a mains adaptor and a car lighter socket adaptor too.

It’s also very, very small – about the size of a pebble in fact. Stick it at the bottom of your bag, in an inside pocket or a cubby hole in your car and you’ll forget it’s there. You might have a bit of a problem when it comes to finding it again to charge it up, though.


And when it comes to turning the thing on, it just works flawlessly. This is one of those products that you really don’t need to think about; it gets on with the job without fuss. Turn it on from cold and it gets a positional lock in under a minute, and the 20-channel receiver and SiRFstar III chipset help the AD-750 help it to do this in less than ideal situations. Even on the window sill of my living room with very restricted line of sight and, presumably, pretty weak signals it still managed to get a GPS lock and give an accurate position. 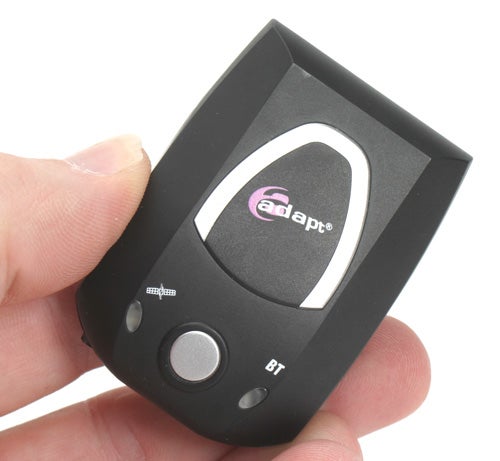 Positional performance compares favourably to more expensive hardware too. In fact in back to back comparisons with the GNS 5843, it seemed to update position more frequently and adjust to fast changes in direction more quickly.


And last, but by no means least, battery life is extremely impressive. From the teeny tiny 750mAH lithium ion battery stashed in a compartment on the underside of the device, you get a massive 10-hours of navigation time – a world away from the three to four hours you’re likely to get from some cheap one-box navigation devices. Its automatic power down facility should also help save battery power on those occasions when you just forget to switch it off at the end of a long, tiring journey.


In short, the Adapt AD-750 ticks all of the boxes you could possibly want it to. Not only is it very reasonably priced, it is also one of the smallest Bluetooth GPS receivers on the market, and has cutting edge specifications to boot. 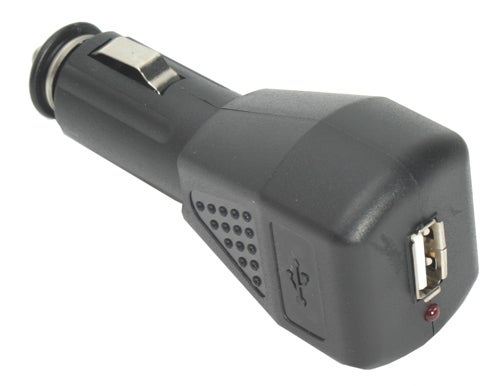 It also works faultlessly, grabs onto a satellite signal fast and holds onto it in the most unlikely places, sends through positional updates very quickly and lasts for absolutely ages on a single charge. As I said earlier in this review – if you’re in the market for a Bluetooth GPS receiver, look no further.