Recently, I looked at the Evoke 3 from Pure and found it to be a truly excellent DAB radio. The Acoustic Energy Wifi Radio is in many senses a far more remarkable product. Rather than picking up local DAB radio broadcasts, the Wi-Fi Radio tunes in to Internet based radio stations thanks to its built-in Wi-Fi capabilities and its connection to a online radio database hosted by Reciva. It’s essentially doing for radio what the first MP3 players did for digital audio- untethering it from the PC.


This has a number of benefits. You no longer have to worry about reception issues, which in the UK are a real problem, especially with DAB. You are also no longer limited by geography as you can listen to any radio station that broadcasts online from anywhere in the world, without having to pay any subscription. The device supports Real, Windows Media and MP3, which pretty much covers every format used for online radio. In addition, as its Internet based it also brings other unique advantages. I doubt there are many DAB radios that will let you browse stations via country, or via genre or listen to content on demand . 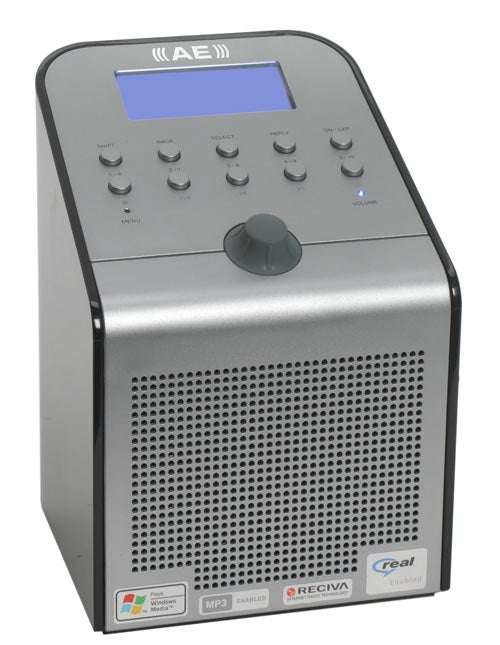 The Wifi radio is a first of its kind and is produced by Acoustic Energy, the British Hi-Fi manufacturer. Traditionally, Hi-Fi companies are not normally what you’d associate with cutting edge Internet technology, but the rather excellent set of speakers I tested here, designed for connection to devices such as iPods, phones and PSPs, attests to the fact that Acoustic Energy is a pretty ‘with-it’ kind of company.


The radio itself is rather cool looking, in a retro kind of way. The slanting fascia above the speaker grille contains a three line LCD display with a blue backlight. It displays an icon if it picks up a Wi-Fi signal and a signal strength indicator.


The radio is fairly easy to set up and if you’re able to set up a wireless network, which is required to use this device, you shouldn’t have any problems. The two rows of buttons beneath the screen and the dial make it quite easy to navigate the device but you have to press the Shift button to access the stop, skip and play buttons.

The first thing to do it to scan for a network, so you’ll need to ensure that it broadcasts its ESSID (Network name). If there are multiple networks picked up, you can easily choose between them with the dial. You then press the select button to connect. WEP is supported, though it has to be 128-bit and WPA1 is also suported – but not WPA2. Once you are connected the next thing to do is to enter the Firmware menu in Configuration and update it, which it will do automatically. 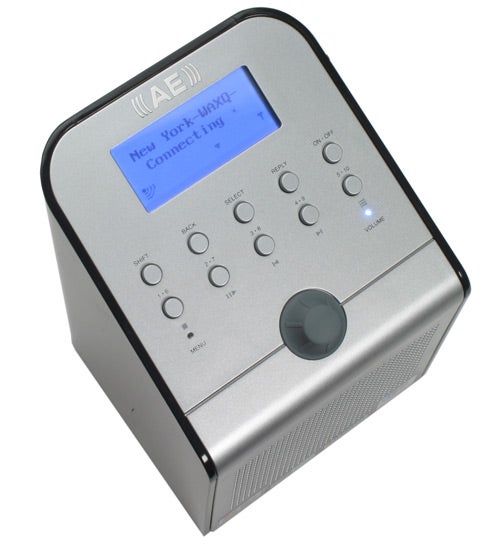 Once done, you enter the Stations menu from where you can the choose of browsing stations using either Location or Genre. Make your choice and anything from Hartlepool FM to Radio Max Euro from Hungary to Radio 1 are at your fingertips.


A really great feature is that if the station has the option available you can choose between a live stream or an On Demand service. The BBC does this brilliantly. It’s essentially the BBCs Listen Again service, but without a PC. You can choose between shows by twirling the dial and you can even go to a specified time in the broadcast. It means that you don’t have to worry about sitting in front of your radio or even bother to record it as you have to with the Pure Evoke 3 – it’s just there when you want it – at least for a week, which is great.


If however, you want to be able to listen to local sport commentary when abroad you should be aware that the BBC can’t broadcasts its commentaries over the Internet due to licensing limitations, which pours cold water on a potentially killer use. 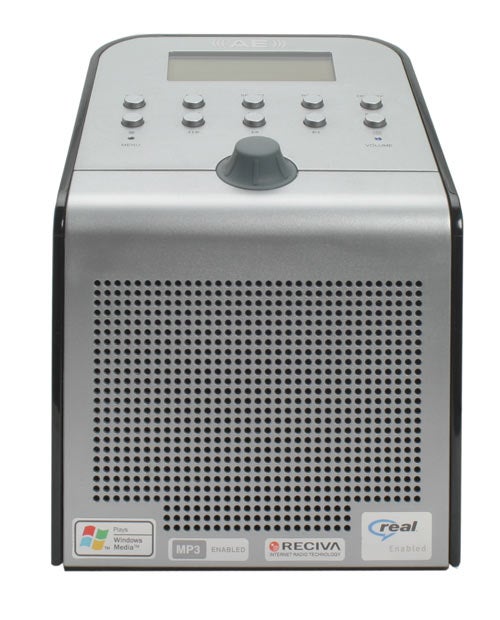 There are other downsides too. The problem is that most online radio stations are broadcast with a relatively low bit-rate, typically 44Kbps, lower than that used by the much maligned DAB system. And they simply don’t sound that great. Some go as low as 16Kbps and just sound awful.


Acoustic Energy claims that there are two speaker drivers in the Wifi radio to produce stereo sound, but even if there are, they are too small and too close together to produce high quailty sound. Listening to a number of stations, the office consensus was that it sounded like old style transistor radio. By contrast the Evoke 3 sounded rich and warm. Another bugbear is that it takes some time to switch between stations as it needs to buffer the stream.

Another feature on the radio is that it’s got a built-in Media Gateway. It can scan for shared folders on PC on the network and play the MP3 files it finds. It takes quite a while to scan, so if you’ve got several gigs of tunes go make a cup of tea.


There’s a headphone out at the back, and I was hoping that 192Kbps MP3 would sound better and though there was an improvement it still quite compressed and woolly.


Another potentially interesting feature is the Reply button, which is there as a return path for interactive services. There aren’t any right now, but there could well be in the future. Perhaps for interactive radio quizzes and Pop Idol style voting.


Overall, the Acoustic Energy works well, and is an impressive debut for stand alone Internet based radio. However up to now I haven’t mentioned the price. At £180 it’s not exactly a impulse purchase. 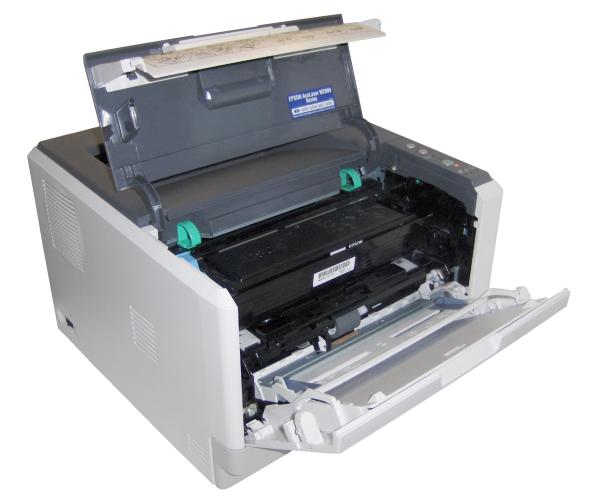 It could really appeal to anyone living overseas that wants to listen to the comforting sounds of home. However, both the bit-rate limitations of online radio and the radio itself means that sound quality isn’t a distinguishing feature.


The sound quality issues means that it will only suffice for background listening in the bedroom or den though it does suit speech more than music. A battery option also wouldn’t go amiss.


For me, the best feature by far is being able to access the BBCs On Demand service without a PC and for some that might be worth the entry fee alone. Otherwise, you’d have to really want to be able to pick up stations that you can’t over regular analogue or DAB.


One final point to consider is that if you leave the radio on all day and night you’ll be using a fair old amount of bandwidth. Those who are are on a Internet service with a low cap could easily get a nasty shock when they are charged extra by their ISP.


If you’re a big fan of online radio stations, the Acoustic Energy Wifi Radio is a winner. In particular being able to access the BBCs On Demand services without a PC is a great feature. However, low online bit-rates and below average sound quality do detract from its appeal.