When we reviewed Acoustic Energy’s revamped Neo V2 system back in January, its sound quality left us gobsmacked. Since then, the British company has added a pair of flagship floorstanding speakers to the range, Neo Four, which are used as the front pair in the 7.1-channel Neo Max system you see before you (replacing the Neo V2 Three fronts from the original line-up).


Neo Four was introduced off the back of UK demand for a more potent floorstanding design for the Neo V2 system. Therefore its introduction means you’re likely to get more power, detail and bass grunt from the system as a whole, but the jump-up in quality also brings a considerable jump-up in price.

Whereas the original Neo V2 5.1-channel system set you back around £1,200 at launch, this one sells for around £1,900 (or less if you shop around online). That may sound like a big investment, but when you consider that you’re getting a full-fat 7.1 system with two of AE’s best floorstanders at the front, the fact that it sells for under £2k is rather laudable. 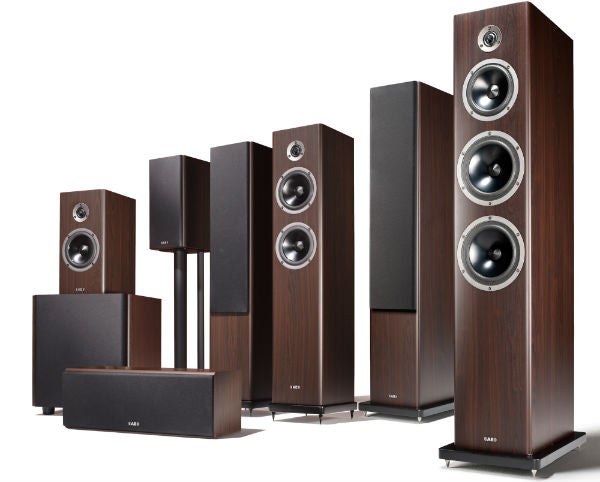 Design wise let’s start by looking at the new additions. On their own, the Neo Fours cost £699 per pair, but look and feel like they should cost a lot more. And if weight is any indication of quality then the fact that we nearly broke our back hauling them out of the box should be a good sign.

At around 1.2m tall the triple-ported, 70-litre cabinets are imposing and take up a considerable amount of floor space. They’re built like nightclub bouncers but thankfully a lot prettier – the Vermont (walnut) finish of our samples and curved edges makes them look elegant, stately even, and although they come with magnetic grilles to cover up the drivers, they look more stylish without them. It’s a fairly safe and traditional design but one that simply oozes class. You need to screw the supplied black plinths onto the bottom, plus there are isolation spikes in the box.

Their awesome build quality is helped along by a 32mm-thick MDF baffle, which, according to AE’s chief designer Mat Spandl, is required to ensure tight and potent bass response down to very low frequencies.

The rest of the system, which comprises shorter Neo Three floorstanders for the rear channels (£409 a pair), Neo One bookshelf speakers on surround back duties (£229 a pair), the Neo Centre (£179) and Neo Subwoofer (£409), is styled with similar elegance and heavyweight build quality as the Neo Fours. 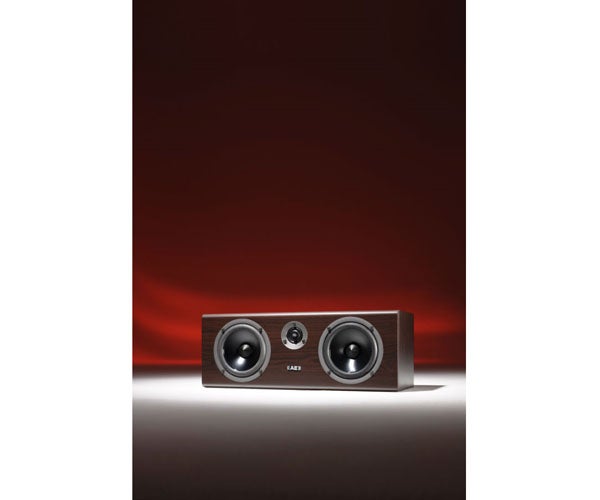 The centre is a hefty unit, measuring 480mm wide and 195mm deep, although conversely the subwoofer is surprisingly compact given the rest of the system is so chunky. Overall it’s a great-looking package, with build quality that easily justifies the price tag.

The Neo V2 Fours use a three-way design, with the crossover network splitting the sound into bass, midrange and high-frequencies. They feature an 130mm aluminium alloy midrange driver, a pair of 160mm bass drivers and a wide-bandwidth, 25mm ‘dual ring’ radiator tweeter high frequencies.

However, unlike the other speakers in the system, which all use a Neodymium magnet system, Neo Four uses a Ferrite magnet, which (by AE’s own admission) is a little odd given that the system’s name is derived from its use of Neodymium magnets. However, a larger ferrite system was preferred in order to generate the extra power and punch required by these bigger boxes. 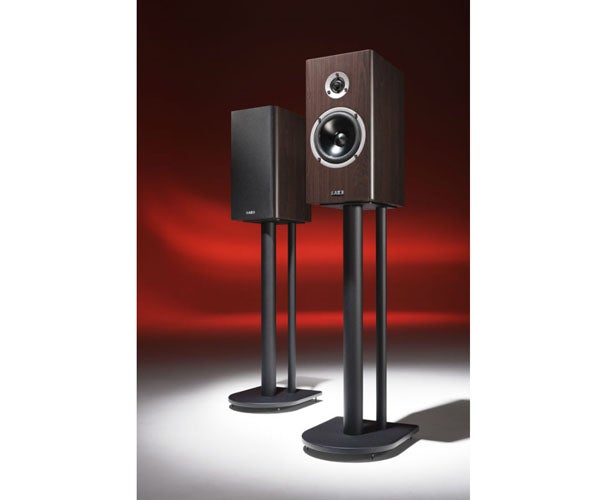 Other techno-treats inside these impressively specced speakers include polypropylene capacitors, air-core inductors for the high-frequency drivers plus revised long-throw suspension and higher magnetic fields strength on the bass drivers. The Neo Fours can handle 200W of power and boast a frequency response of 28Hz to 40kHz.

The Neo Centre packs the same 2.5-way driver array as the Neo Threes, while the subwoofer packs a 200W Class A/B amp, a 220mm driver with a 48mm voice coil and long-throw ferrite magnet, all of which team up to deliver bass frequencies down to 25Hz.

The sub’s back panel is unusually busy, sporting an array of dials and switches that help you fine-tune it. There are controls for volume, crossover and phase, plus notch filter dials (frequency, Q and attenuation) that can rectify problems with room acoustics. These are joined by line-level stereo input and output and a separate line-level input.

To get a flavour of the firepower that Neo Four brings to the table, we started by listening to Hellboy II: The Golden Army on Blu-ray with the subwoofer turned off. Watch the brilliant scene in which a giant plant rips up the streets under Brooklyn Bridge and straight away you get a sense of their larger scale and extra potency compared with the original Neo V2 system, lending unfeasible amounts of attack and drive to the sound of cars being crunched up and the plant’s thunderous footsteps. They really are a force to be reckoned with.

The dual low-frequency driver arrangement lends considerable bass weight. Blasts from Hellboy’s shotgun have a chest thumping richness, and during quiet scenes you can hear it gently underpinning the background ambience. If for any reason you can’t be arsed to switch on the sub then rest assured this system is capable of some very satisfying low-end performance without it. But in a normal 7.1 setup, the subwoofer’s performance is superb, blending smoothly with the Fours and delivering tight, nimble bass tones. 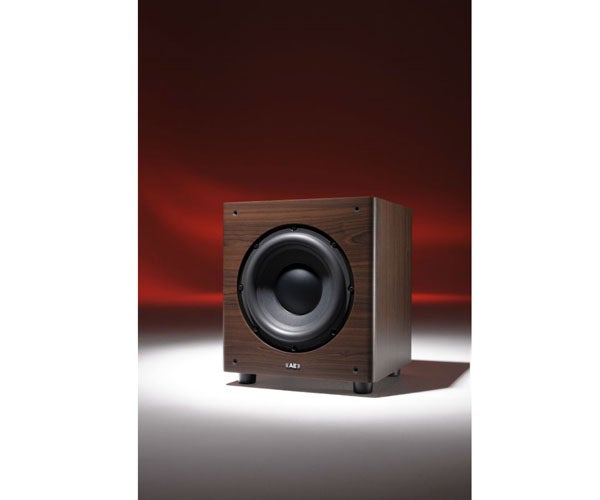 And despite Neo Four’s commanding presence and room-filling potency, they also work cohesively with the Neo Threes, Ones and Centre. The interplay is sharp and exciting and effects whizz round the expansive soundstage with pin-sharp precision but no fluctuation in tone. The pair of Neo Ones make a telling contribution to the 7.1 setup too thanks their crisp detail and surprisingly solid low frequencies.

Overall sound is wonderfully detailed, with high frequencies like tinkling glass and rustling plant life fizzing and popping from each speaker. Dialogue sounds great too, never struggling to be heard over the considerable din being made by the Neo Fours on either side. 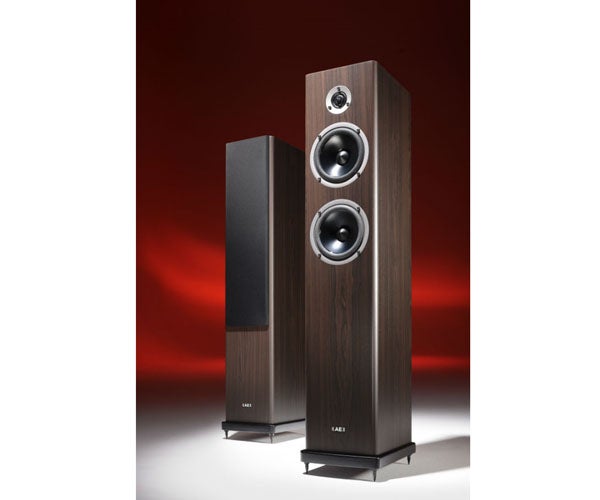 Finally we checked the Neo Fours in isolation with two-channel music and we were treated to a smooth, articulate and intensely detailed performance. Their natural bass depth provides plenty of warmth and substance, which made the laid-back jazz of Blue In Green by Miles Davis sound heavenly. From the velvety sax and trumpet solos to the gentle drums and stirring piano chords, these speakers easily convey the emotion of the music and you can’t ask for more than that.

The Acoustic Energy Neo Max system comes highly recommended. You get an awful lot of boxes for your money, and the first-rate build quality across the entire system makes the seemingly high asking price actually seem like a bit of a steal. But when you hear them, you might even feel like giving AE a little bit more money for their trouble. The new Neo Fours are a revelation, adding extra potency to what was already a kick-ass system, ably supported by a team of other top-drawer speakers.