It’s a well known fact that the British are a self deprecating bunch and, to paraphrase Winston Churchill, we’ve got much to be self deprecating about. We’re rubbish at lots of things, such as getting trains to run on time (or even run), speaking other languages, or winning at games we invented, which is most of them.


There are some things though that we’re very good at, and it must be said, Hi-Fi is one of them. We’ve got many UK based manufacturers that can sit with or even outperform anything the rest of the world can produce, and for that we should be proud. Arcam, B&W Speakers, and Naim audio are just three that spring to mind. Another is Acoustic Energy (AE) and it’s this company that has made the Aego M 2.1 sub-sat system that we’ve got here. 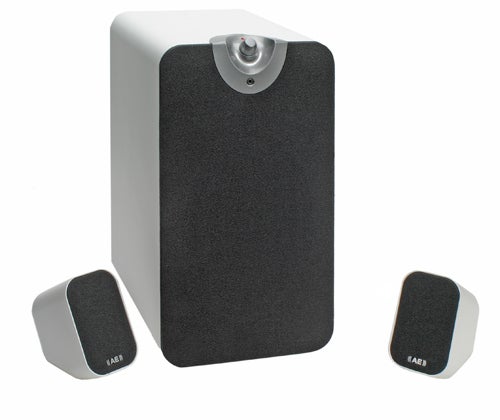 While some Hi-Fi companies have turned their noses up at the iPod as a Lo-Fi product not worthy of consideration, the more egalitarian have embraced the device and others of its ilk. Then again, the success of the iPod has made it essentially impossible to ignore for many speaker manufacturers. Acoustic Energy is certainly making no secret on its web site that the iPod is where the Aego M is aimed. The white styling of the speakers is a pretty strong visual cue and naturally the set is also available in black to match up with the black iPod or PSP, assuming, of course, that you haven’t turned your PSP blue.


Unlike the Acoustic Authority set I reviewed here, there’s no iPod dock with this product just a line level audio input. Therefore, for a more elegant solution that adds a remote control you can get something like the Onkyo iPod dock though inevitably that adds to the price. 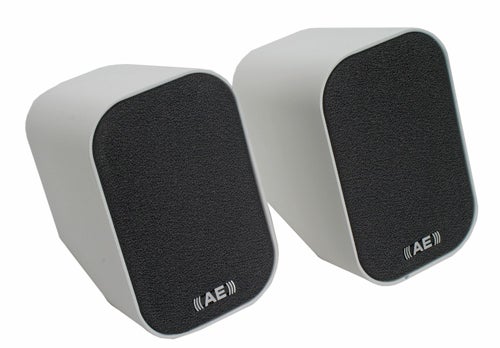 The set consists of two remarkably small satellites and a sub-woofer that are very smart to look at with soft rounded edges and a smooth finish. The satellites are constructed of a heavy alloy – and when AE say heavy, they mean it. Despite being only 103mm tall and 68mm wide, they weigh 9k, far heavier than something of that size looks. If you’re in need of an offensive weapon these would be scarily effective.


This is very good news sonically though, as a solid housing means less wasted resonance and more actual music in your lug holes. The white speaker is finished off with black grilles.


In contrast with the satellites, the sub-woofer is actually quite light. The design matches the satellites very well – white surrounds and curved edges with a black grille. The base is designed so that the speakers rest firmly on the desk but are angled slightly upwards so that the sound is projected into the room rather than onto the desk. 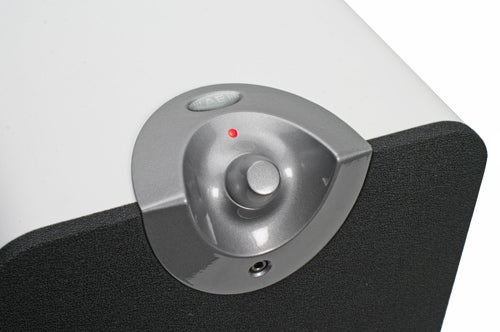 There’s an on/off control at the top edge that also acts as a volume level and a small red light to indicate power. The amplifier is built into the sub-woofer cabinet, so the speakers attach directly to that via clip on plugs. The other end is a phono plug, which slots neatly into the rear of the satellites. With only two speakers this makes it child’s play to set the speakers up.

The speaker cable provided is fairly thick and has a quality feel to it, as you’d expect of a ‘proper’ Hi-Fi’ set such as this one and it’s colour coded to ensure that you plug the speakers the right way round.


What you may have noticed at the back of the sub-woofer is a connection for a centre speaker and a centre input, (AE hasn’t been consistent with the spelling of centre). As you can see, there’s even a switch for when you have this centre speaker connected. This means that you can add a third speaker and create 3.1 set up, which emphasises the centre over the left and right. I must admit that I’ve never encountered a 3.1 set-up before, as I associate a centre channel only with a 5.1, 6.1 or 7.1 systems. 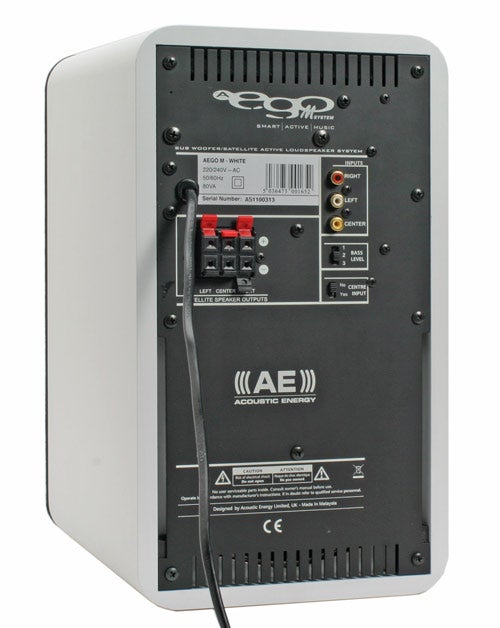 Also at the rear of the sub-woofer is a switch that enables you to choose between three levels of bass; Level 1 for the least and Level 3 for the most.


In testing in our labs I found that the second setting provided the most natural sound with the sub-woofer doing what it should be doing – filling in the sound in the lower frequencies, without sounding overly intrusive or too weak. In different environments the other settings might be more appropriate.


As I mentioned earlier, there’s no dock with this system so you have to plug in your iPod or any other audio source via a line-in, and leave it lying on the desk.


So the Aego Ms are attractive to look at and easy to set up. But what of the sound quality? In a word, well two – it’s superb. 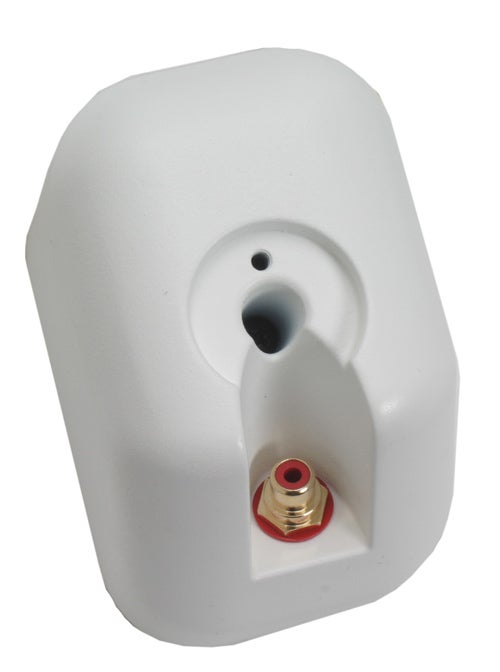 The sound they produce is full, crisp and clear. Whether it was vocal heavy, guiter filled or big beat the Aego Ms deal with it accurately and musically. The defining characteristic of the sound is that you can locate instruments in the sound stage easily. If you like to be able to follow the bass line, or work out which one is Lennon or McCartney in the harmony then these will do the trick.


If you like it loud too, these succeed, with enough welly to fill a sizable room.


You can tell I really like these speakers. It can be difficult to describe why one set sounds better than another but everyone in the office agreed that these were superior to the Acoustic Authority A-211 set. They’re essentially just easy to listen to – where some sets can be tiring over extended periods, these felt easy going and natural. It sounded like real Hi-Fi – a genuine class act.


The only possible criticism would be that they are a tad bright with higher frequencies, with more emphasis here than on the mid-range, but that’s only to be expected from such small satellites. Also the lack of an iPod dock means that you have to add remote control facilities. But considering the price, remarkably only £99, that’s not too painful. Even if you factor in the price of the Onkyo dock these still work out less than the Acoustic Authority speakers.


If you’re after a set of 2.1 speakers then the Acoustic Energy Aego Ms should be right at the top of your shortlist. They’re great to look at, easy to set up and sound fantastic.