Around three years ago Acoustic Energy launched the Aegis Neo system, which went down a storm among home cinema fans, but now AE feels the time is right for a revamp. Enter the Neo V2 range, which boasts plenty of technological tweaks in a bid to take its performance to new heights but keeps the price at a relatively affordable level. 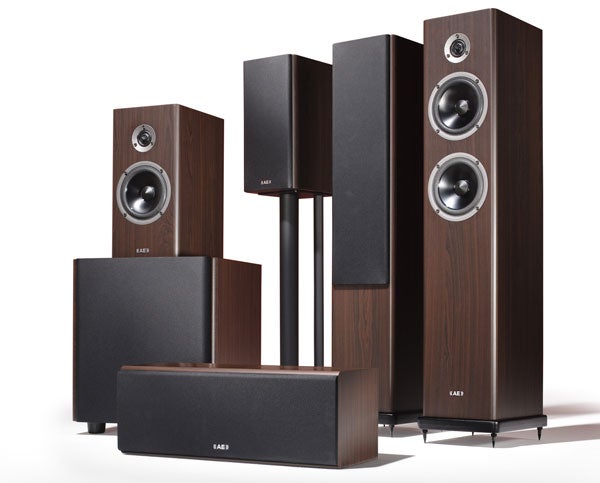 The name is not a Matrix homage but actually derives from the Neodymium metal used to make the driver magnets. Neo V1 was the first ‘affordable’ speaker system to use Neodymium magnets across the board, and it comes as no surprise to find them being used once again thanks to their superior power handling and far lower distortion than traditional Ferrite magnet drivers. To provide even more bite the low-frequency drivers use a twin Neodymium magnet assembly alongside long-throw voice coils.


This, combined with a unique open chassis design to reduce air-loading on the cone, enables the low-frequency drivers to deliver over half an octave more bandwidth than the previous Neo system.


That’s the science bit, but the speakers haven’t only been tweaked internally – the system has also been significantly restyled on the outside and comes in a choice of two finishes. Our samples are styled in Vermont walnut, which is the most eye-catching of the two, although the black finish is a smart, contemporary alternative.


The 5.1-channel package on test here is made up of a pair of Neo Three floorstanders for the front channels, the Neo Centre speaker and a pair of Neo One standmounts for the surround channels. Low-end muscle is provided by the Neo Sub, which is equipped with a 200W amplifier.


The Neo Threes are a two-and-a-half way reflex loaded design and can handle loads of up to 170W. Each one stands 905mm high, which may sound imposing but the elegant styling, smoothed-off corners and black plinths will make them a stunning addition to any lounge or cinema room. The cabinets are beautifully constructed and the grilles are magnetic, so there are no unsightly screw or plugs to worry about.


They use a 25mm Neodymium ring radiator tweeter, selected for its wide bandwidth, low distortion and flat frequency response to 45kHz, as well as 130mm alloy cone low/mid driver.


The Neo Ones, meanwhile, boast more compact measurements of 357(h) x 182(w) x 231(d)mm and sport a two-way reflex loaded design and can handle up to 120W. They also use the same low/mid and high-frequency drivers as the Neo Threes to ensure homogeneity across the soundstage. These can also be used for the front channels if the floorstanders will hog too much of your space. 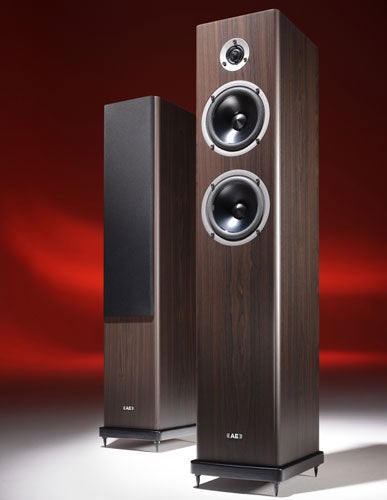 Dialogue duties fall on the not insubstantial shoulders of the Neo Centre, which weighs a hefty 9kg and measures 195mm deep. But despite its size, it retains the style and elegance that makes the other speakers so alluring, and on the inside it packs the same 2.5-way driver array as the Neo Threes.

Finally, we come to the subwoofer, which is smaller than you might expect given the fridge-sized subs that come with rival systems. But don’t let the Neo Sub’s size fool you – its 200W amp will throw some serious bass thump into your room, and joining it inside the sealed box design is a 220mm driver with a 48mm voice coil and long-throw ferrite magnet, all of which team up to deliver bass frequencies down to 26Hz. 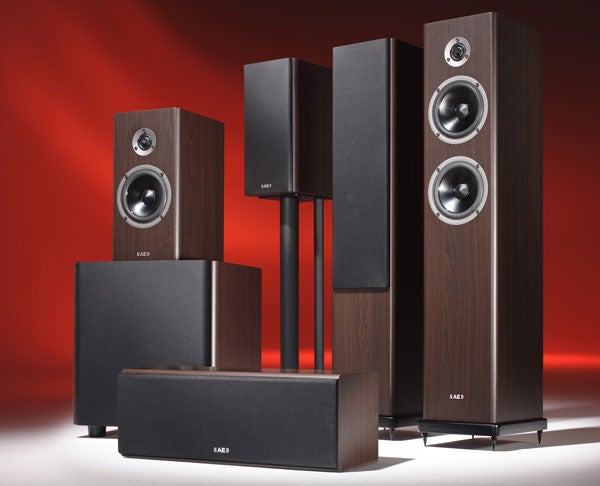 On the back is a useful array of dials and switches to get the sub singing in harmony with the other speakers. There are controls governing volume, crossover and phase, plus any problems with room acoustics can be rectified using the notch filter, which has variable frequency, Q and attenuation levels to control specific ‘boom’ frequencies.


Connected to our Marantz SR7005 and fed Iron Man 2 on Blu-ray, the Neo V2 system delivers a mature, powerful sound. You can hear every penny of its price tag oozing from the speakers, turning any action scene into a thing of exhilarating beauty.


What we like most is how polished the sound is. Every effect, voice and piece of music is conveyed with astounding clarity and control, without sounding boxy or coloured like most all-in-one system speakers. The sound is clean as a whistle, just as we like it, but also fast as lightning. Dynamic shifts are handled with ferret-like tenacity, while sharp, sudden sounds like gun shots have real bite.


We’re also fans of the Neo V2’s open, expansive soundstage, in which the various sonic elements are clearly separated and seamlessly passed from speaker to speaker with no discernable variations in tone or timbre. The Neo Ones easily match their floorstanding stable mates in terms of detail reproduction and bass extension.


The system also packs plenty of muscle, generating a truly room-filling sound. All of the speakers contribute to this, but it’s the subwoofer that’ll really rock your foundations. It delves to amazing depths, but bass notes are consistently tight and skilfully controlled. This works wonders when playing a scene like the Monaco Grand Prix in Iron Man 2, as you really feel the impact of cars crashing to the ground or exploding. It’s also remarkably quick on its feet, which comes in handy when playing music with busy basslines and fast rhythms. 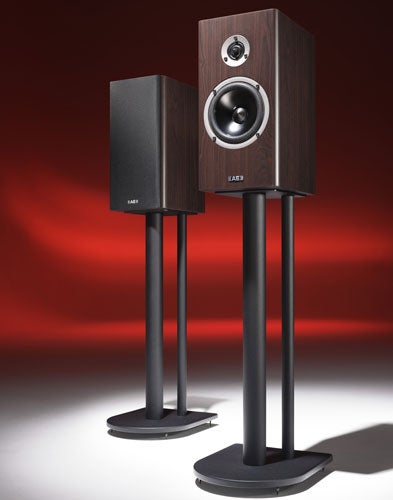 You’ll also have no trouble hearing the movie’s whip-smart dialogue, as the Neo Centre renders voices with authority and supreme clarity. Words emerge clearly from the speaker even as an army of drones attack Iron Man in the dome, but during quieter moments you get to admire how it shapes Gwyneth Paltrow’s nasal whine and Mickey Rourke’s dodgy Russian accent.

All in all the Neo V2 is a terrific choice if you want a system that delivers a refined, room-filling sound without having to pay over the odds for the privilege. The power, detail and expansiveness on offer is remarkable for a system at this sort of price, while the lavish build quality and stunning styling are also impressive for the money. Those looking for even more finesse and power will find it by upping their budget, but at this price class the Neo V2 is up there with the best.