Having had a look at Parrot’s Bluetooth Boombox recently, we saw fit to take a look at another set of Bluetooth enabled speakers – this time from loudspeaker specialists Acoustic Energy. Long time readers may remember the company for the Aego M Speakers, one of the best 2.1-channel systems we’ve ever reviewed. Suffice to say, the company has pedigree when it comes to making speakers.


As impressed as we were with the Parrot Boombox, it’s not necessarily for everyone. Smart though it was, the Boombox is a fairly large piece of equipment that may well not suit those living in small overpriced flats, or simply those who want something small and anonymous. 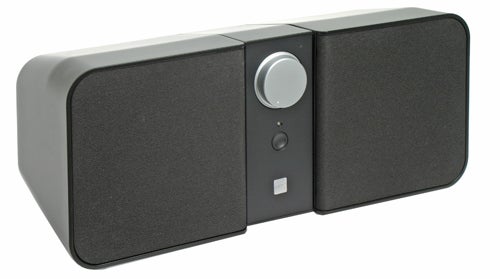 If this sounds like you then these Acoustic Energy Bluetooth speakers may be worth looking into. Unlike the Parrot Boombox, the AE Bluetooth speakers are a full-range stereo set, with no a subwoofer in sight. This accounts for the more diminutive size of the speakers, and the design has a simple yet elegant charm.


Measuring 387 x 155 x 130mm, the speakers are made up of two drivers and a centre console all clad in matt black plastic. The front of the centre console features a large silver volume/power dial, with a status light just below and Bluetooth connection button below that. On the back are the AC connection and a 3.5mm line-in for connecting non-Bluetooth enabled devices.

Also found on the back are the two connections for the speakers, with wires that tuck into the back of each speaker. This is because each speaker is detachable, with two metres of wire per unit. This is a really nice design feature, allowing you to create a wider soundscape by separating the speakers away from the central console. As a result the sound can fill a room nicely, despite the relatively modest 20W total output.


It helps too that the speakers can be pushed to surprisingly high volumes, with a negligible level of distortion. It’s a testament to Acoustic Energy’s expertise that they can get so much out of relatively small cabinets, though that doesn’t mean its powers are infinite.

Having sampled the speakers using a variety of different tracks it’s safe to say that although they exceeded our expectations to some degree, the relatively low power output is still noticeable with bass performance the obvious casualty.


Knives Out by Radiohead, with its interweaving guitar lines and melodic bass line, showed how the speakers deal well with high and mid-range frequencies. Lead guitar lines were clear and well defined; while Thom Yorke’s uniquely whiny vocals were very evident. The bass line, however, although faintly audible was generally lacking in definition and volume. Pumping up the volume did help somewhat, but did remove some of the clarity. Still, it was very listenable despite the slight lack of bass.

Next up, November Rain by Guns N’ Roses – this song has a bit of everything making it a good test for audio equipment. Again, high and mid-range production was good though the power chords did reveal the lack of oomph so budding air guitarists may require something meatier.


For a slight change of pace we fired up We Come One by Faithless, and were pleasantly surprised. Although the speakers seem to struggle with low frequency guitar bass lines, the constant bass drum beat was well produced. It wasn’t by any means explosive, but there was clear definition in the sound which was pleasing. 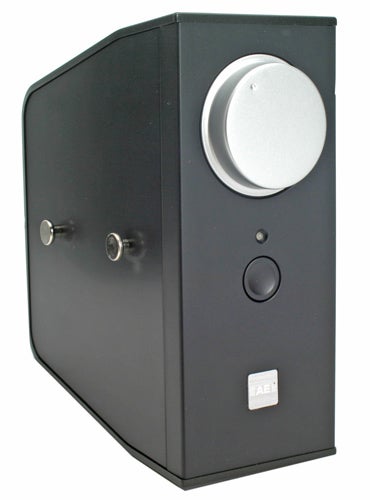 Finally, Clubbed to Death by Rob D, a track full of high power bass lines and piercing strings. This track really did show some of the limitations of this set. Although the overall sound was crisp, the speakers really struggled with the bass lines making the track sound rather harsh and unpleasant to listen to.


What our general experience with the speakers showed was that though these Acoustic Energy units are excellent for their size, the relative lack of power and a dedicated bass driver means they lack warmth. For casual listening, however, they perform well enough.

For the sake of consistency all these tests were made using the line-in, but the main attraction to these speakers is the Bluetooth connectivity. Just like the Parrot Boombox, Acoustic Energy’s Bluetooth speakers require devices that support the A2DP audio streaming profile – a list of which can be found here. 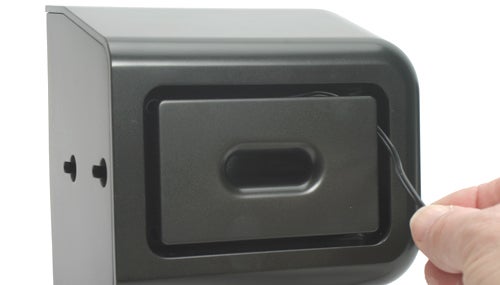 To open up the speakers to a connection one must hold down the connection button for eight seconds, and then search for the speakers entering ‘8888’ as the PIN. It’s all fairly straightforward; though one must make sure you disconnect any wired connection before trying to use Bluetooth. 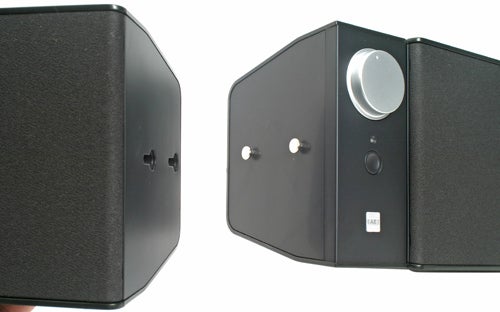 Sound quality over Bluetooth is decent enough, though there will also was be an element of quality loss. One area where the Acoustic Energy set trumpeted the Parrot Boombox was in Bluetooth range. Where the Boombox struggled to manage five metres or so, the Acoustic Energy speakers didn’t stutter at all within the ten metre “theoretical” range in open areas.


Despite a rather low power output, the Acoustic Energy Bluetooth Speaker System is a competent wireless audio solution. High and mid-range production is good, but the lack of powerful bass means there’s a lack of warmth and balance to the sound. If you want Bluetooth speakers, but think the Parrot Boombox is a tad too chunky, then these will do nicely, but the Parrot Boombox would still be the preferred choice if you can afford the extra fifty or so pounds.