The past year or so has seen the arrival of some truly exciting gaming monitors. This is a result of the combination of new, high-refresh-rate IPS LCD panels with either AMD FreeSync and Nvidia G-Sync adaptive sync technologies.

It boasts a 27in IPS panel with a 2,560 x 1,440 resolution, a 144Hz refresh rate and a fully adjustable stand, and it’s at least £150 cheaper than its G-Sync-equipped sibling.  Does that make it the gaming monitor bargain of the year?

One thing you may have noticed if you follow Acer’s product announcements is that the XF270HU’s name doesn’t include the Predator brand. This seems to have become a bit of a trend among monitor manufacturers at the moment, with G-Sync models being given top billing and the FreeSync alternatives being treated as lesser beings. 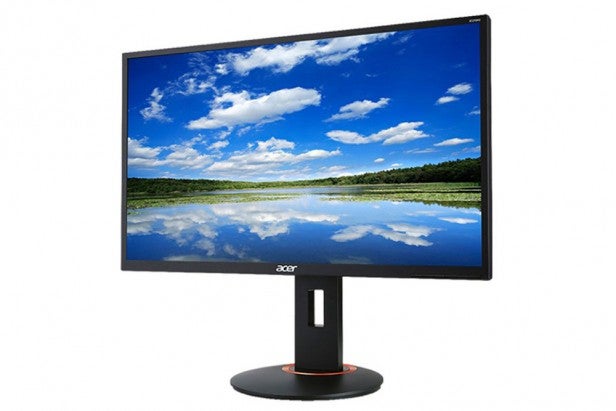 However, from a practical perspective, there’s very little “lesser” about the XF270HU. But the same can’t be said when it comes to the design; it’s pretty obvious that not all of the £150 price difference between the XF270HU and the XB271HU is down to the cost of a G-Sync chip.

The XF270HU is pretty plain-looking, with a simple design that’s finished in a dull matte plastic. Overall, its build quality also appears a little less refined.

This slightly cheap approach also extends to the stand. While it boasts a full complement of adjustments – height, tilt, rotation and pivot – all the movements are a little stiff. All except rotation, where the monitor is mounted on a flimsy spinning plastic disc, rather than having a fixed base and a rotation mechanism between the base and stand.

So first impressions aren’t great, but look beyond the styling and the XF270HU has many hidden talents. 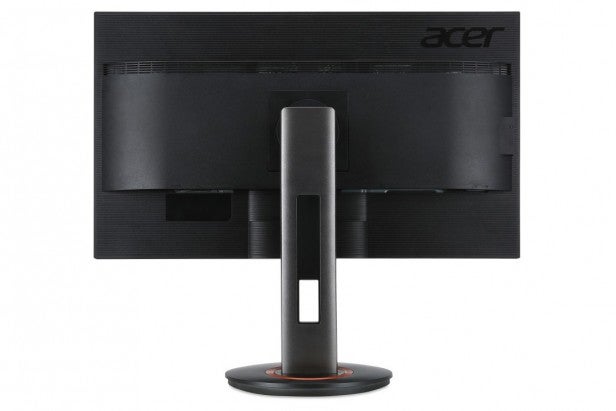 For a start, it has better connectivity than any G-Sync alternative. Instead of featuring one HDMI and one DisplayPort, it has both plus a DVI port too. Okay, so this isn’t much use for multiple devices – a second HDMI would’ve been far more useful – but technically it’s still a better selection. You also get a USB 3.0 hub with two ports on the back and two conveniently located on the left side.

Moreover, the Acer XF270HU uses an IPS LCD panel, so viewing angles should be fantastic. In addition, Acer claims 100% coverage of the sRGB colour space, so overall colour accuracy should be pretty decent too.

Then there are the gaming features. AMD FreeSync should take care of screen tearing and stutter, while a maximum 144Hz refresh rate matches the majority of existing TN panel-based gaming monitors.

Some rivals can refresh a little faster, but the difference between 144Hz and anything higher is almost imperceptible. Like other fast-refresh IPS panels, the XF270HU has a response time of only 4ms, compared to 1ms for some gaming TN panels – but again, for most users this difference will be barely noticeable.

Elsewhere, there’s a pair of 3W speakers, plus you also get a DVI cable, a DisplayPort cable and a UBS 3.0 cable in the box. 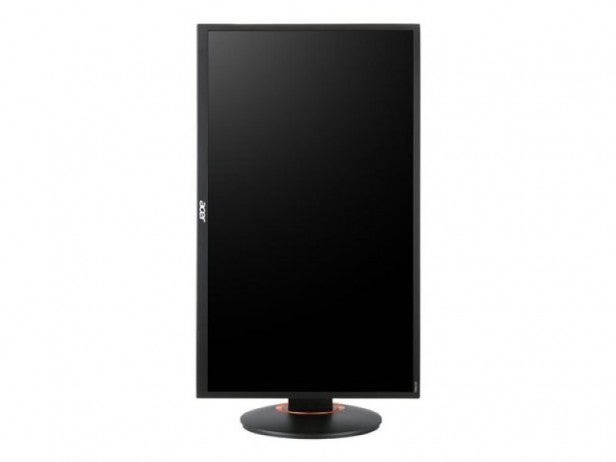 The XF270HU requires a bit of assembly before you can fire it up, with the base screwing onto the stand and the monitor clipping on top. Attaching the base is a bit fiddly, but it’s a fairly painless process: at 69 x 6 x 38cm and 7kg, the monitor isn’t too big and unwieldy – unlike 30in+ alternatives.

You can also opt to forego the stand supplied here and instead fit the monitor to an arm or alternative stand via its standard 100 x 100mm VESA mount. Note that the power supply is internal, so there’s no power brick for which to find a home.

Overall, setting up the display physically is easy enough, thanks to the various adjustments in its stand. Some other displays offer a bit more flexibility, but at least you don’t have to resort to stacking up a few books to get the display up to a reasonable height – as is common with the cheapest of gaming displays.

As for choosing colour settings and the like, the Acer has an OSD menu controlled via a row of buttons on the front-right of the bezel. The control system is intuitive, but a little slow and clunky compared to the best I’ve used. Thankfully, there isn’t too much need to use it since image quality out of the box is pretty decent.