The Acer’s factory mode uses its Warm colour settings, but the its measured colour temperature of 6,859K is on the cool side – an issue we’ve seen before on TN panels. It’s not as good as the competition: the screens from Samsung and Acer were both closer to our preferred 6,500K level.

The Acer fought back when we tested colour accuracy. Its Delta E of 4.04 beat the Samsung and ViewSonic, but it’s still not ideal – we consider anything around 4 average, with a score of 2 or better required to ensure top-tier accuracy.

The Acer’s brightness of 328 nits is higher than both rivals: the Samsung topped out at 260 nits, and the ViewSonic managed 234 nits. That looks like a victory for the Acer, but it’s not clear-cut: all of these brightness levels are good, and all will have to be toned down to more sensible levels in the vast majority of situations. 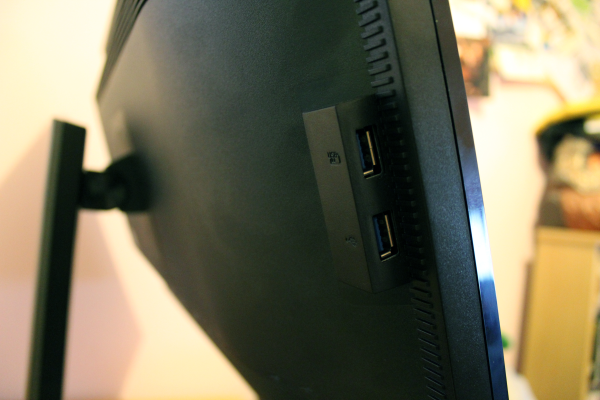 It’s more important to look at contrast and black level, and it’s here where the Acer traded blows with its rivals. Its 994:1 contrast ratio can’t compete with the Samsung, which hit an excellent 1,227:1, but it’s far better than the 225:1 of the ViewSonic. Black levels follow the same story; the Acer’s great 0.33 result can’t touch the Samsung, but easily beats the ViewSonic.

Samsung’s screen has better black levels and contrast, but the Acer still proved impressive in these departments – and that’s good for gaming and movies, as it means black levels are deep, colours are well-defined and that every shade is richly rendered. The Acer’s colour accuracy also beats Samsung.

Viewing angles aren’t particularly good. Moving to the left and right saw the screen lose brightness but maintain much of its colour accuracy, and it was poorer when viewed from vertical angles – brightness and colour accuracy were both lost, with the screen taking on a cold, blue hue.

We use our X-Rite Colorimeter to extract the best possible performance from screens, but the Acer proved inconsistent. Its revised contrast ratio of 1,044:1 is good, and its Delta E of 2.86 was better than any other result we recorded from this panel. The colour temperature of 7,161K failed to impress.

The XB270H doesn’t offer many different screen modes. The first is called Graphics mode, and it’s not clear whether it’s designed for gaming or work. It didn’t make much of a difference in our benchmarks – the colour temperature improved to 6,757K, but the Delta E dropped to 4.51. Brightness and contrast remained similar.

The Acer’s Movie mode proved superior. Colour temperature improved further, to 6,745K, and the Delta E improved to 3.87 – better than factory settings, and further ahead of the competition. The brightness dipped to 278 nits, which is still ample, and it was matched with a deeper black level of 0.28, which made for an improved contrast ratio of 993:1. This option may be designed for films, but it’s well-balanced – we’d rather use this than the Graphics mode.

The Cool colour mode improves the Delta E further, to 3.21, but we still wouldn’t use this mode – its colour temperature of 8,339K is way off our preferred 6,500K level.

The final option, Eco mode, reduces the Acer’s power consumption from 31W to 21W, and it’s also got the best results of any mode available on this screen. The lowered brightness level of 185 nits is still fine for daily use, and the reduced black level of 0.17 creates a stonking contrast ratio of 1,088:1, which is closer to the Samsung’s factory settings. The Delta E of 3.52 is good, too.

The XB270H returned good brightness results, but it couldn’t maintain those levels across the entire panel. The panel lost around 10% of its brightness along much of its top edge, and it was worse across the bottom – in the left-hand corner the backlight was 12% less effective.

The Acer’s white point was more accurate, with only one or two percent lost across the panel, but it’s still not a great result – about level with the ViewSonic, but not as consistent as the cheaper Samsung.

Input lag is an important measurement for gaming screens, and here the Acer returned a score of 26.3ms. That’s an average result: the ViewSonic managed a score of 22.2ms, and the Samsung topped our table with a result of 17.2ms. We consider anything under 20ms an excellent result for a gaming screen while below 40ms is adequate. 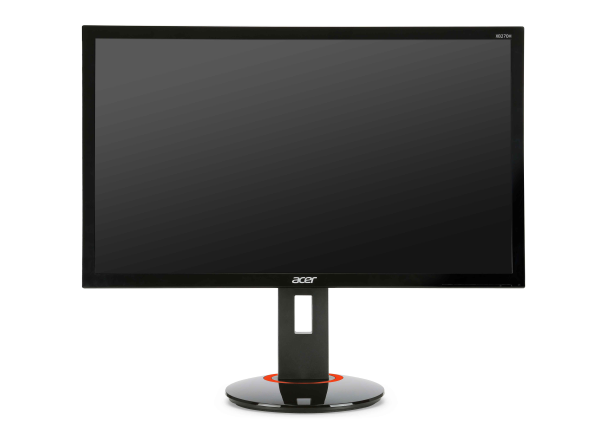 Acer’s latest gaming panel looks like reasonable value on paper: it’s only £20 more than the ViewSonic despite the inclusion of G-Sync, and its Nvidia hardware and 144Hz support make it more tempting for gamers than the £179 Samsung screen.

Nvidia’s G-Sync technology and the 144Hz refresh rate mean gameplay is about as smooth as it gets, and there’s no denying it’s an impressive roster of gaming features. However, is only a benefit for games, and faster paced ones at that, so for more general use or if your favourite game is Minecraft, it isn’t necessary.

Screen quality is mixed. Its contrast isn’t far behind the Samsung, and its colours are more accurate than both close rivals. Input lag, uniformity and viewing angles aren’t great, though, with the Samsung proving superior for pure, well-balanced image quality.

It’s packed full of game-friendly features, but we’d still advise a bit of caution – AMD FreeSync should see more value and choice arrive in this part of the market and other screens are much cheaper options if you don’t need the Acer’s high-end features. If you just can’t wait, though, this is a capable and versatile gaming panel.

With Nvidia’s G-Sync onboard and a 144Hz panel the Acer XB270H is as impressively smooth a gaming monitor as you’ll find. Its screen quality is good and its design is versatile too, but other panels offer better pure image quality and lower prices, and could be worth examination if you don’t need this screen’s enthusiast features.