If you’ve hankered for 4K home theatre, but despaired at the size and cost of UHD projectors released so far, the Acer V7850 will come as a welcome surprise. What we have here is the most compact, affordable 4K projector yet. Just 40cm wide and weighing in at 5.3kg, it’s small enough for everyday use, yet boasts HDR support as well as 2160p resolution.

It’s our first glimpse at the mainstream future of 4K projection. 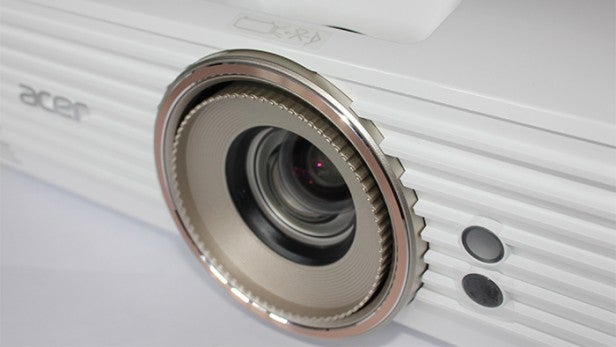 Beneath the lid of the V7850 is a Texas Instruments XPR (eXpanded Pixel Resolution) 0.67-inch, 4.15 million digital micromirror device, working with a 2100 lumens lamp. The model offers HDR10 support and has an RGBRGB Rec.709-compliant colour wheel.

Build quality and finish is excellent. The bodywork is a gloss white, while the offset lens assembly has a tasteful copper finish; it looks suitably premium.

All connections sit to the rear. There are two HDMI inputs, of which only one is v2.0 HDCP 2.2 compliant. There’s also Ethernet LAN and RS232 for control, both a VGA input and output, plus IR control and audio mini-jack with corresponding output. There’s also a 12v trigger, for syncing up with an electric screen. 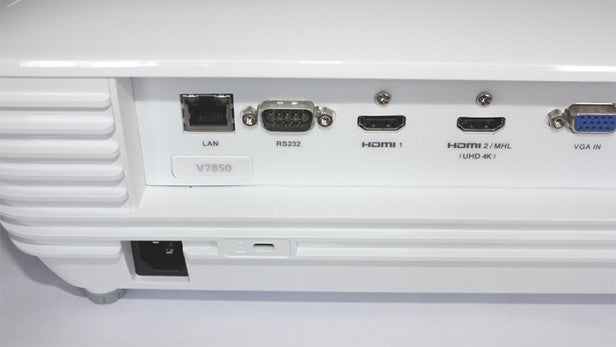 Setup is straightforward. Zoom and focus are manual, while vertical lens shift is achieved via a pop-up knob. It’s a bit of a fiddle, but once set it isn’t something that you’ll need to revisit. The V7850 supports ISF calibration, and there’s wall colour compensation for those who aren’t using a fabric screen.

Standard picture parameters include Brightness, Contrast, Saturation, Tint, Colour temp and Gamma, while the Advanced menu opens up RGB gain/bias, AcuEngine control, Dynamic Black and HDR (presented as a sliding scale between 0-4). Dynamic Black gives the image a contrast boost, but increases operating noise significantly. It’s only for use in rooms with high ambient light. 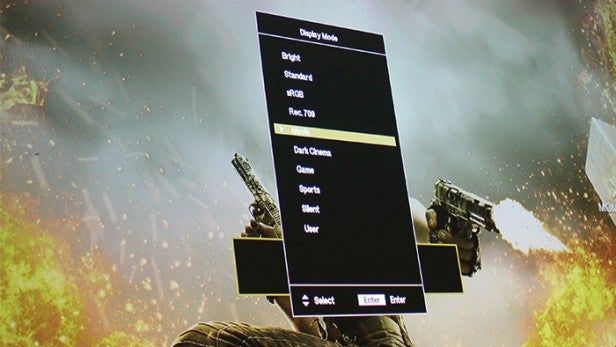 Operating noise is something of a revelation. The spinning DLP wheel doesn’t have the high-pitched whine so familiar from other single chip models, and the Silent mode genuinely is silent.

There’s an on-board sound system, but rated at 2 x 5W, its provision is more a courtesy than anything else. I’d recommend partnering it with a separate sound system.

The projector is also 3D capable, although no glasses are supplied in the box.

The V7850 may look tailor-made for the average living room, but it isn’t a light canon. It produces watchable images in moderately bright environments, but I wouldn’t advocate it as a TV replacement. Dim down the house lights, however, and it really comes into its own.

Its fine detail performance can be bewitching. Skin tones have naturalistic texture, with finely brushed hair showing better-than-HD delineation. Colour vibrancy is high. The projector covers Rec. 709 and claims to be compatible with Rec. 2020 signals, although this is via colour mapping. 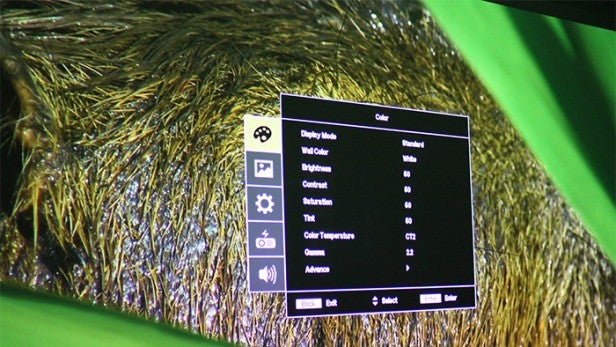 A test disc HDR firework display has vibrancy and dazzle. Watch the same sequence on an HDR LCD and you’ll more than likely see the backlight struggling to cope, resulting in blooming and halos. But here the fireworks are left to sparkle.

There are limitations, though. The projector, perhaps unsurprisingly, can’t manage a deep black. This results in some occasional empty pools of dark grey, rather than shadow detail. When Max is getting his blood-type tattoo and hair shorn (Mad Max Fury Road, 4K UHD Blu-ray), he’s momentarily surrounded by a featureless sea of grey murk. 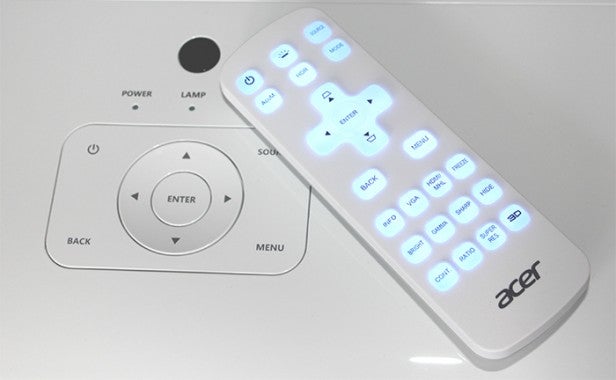 To reveal absolute detail, you need to reduce the Super Resolution setting to zero, and Sharpness to 3 (approx). At this point you’ll see a good deal of finely drawn minutia, but some clarity is still lost. Quite whether this shortfall is identifiable in real content is debatable. Watching Planet Earth II (in UHD), I didn’t feel that I was being shortchanged; the image is clearly sharper than HD.

And, conversely, that Super Resolution has benefits. When Charlize Theron prepares to pull her rig off the highway in Mad Max Fury Road, there’s a reflection in her eyes of Gas Town (11.46 mins in). With Super Resolution off, this is a subtle detail, but with the feature on it becomes much more of a highlight. Maybe those test pattern artefacts aren’t worth worrying about, when the effects of Super Resolution are more easy to appreciate? 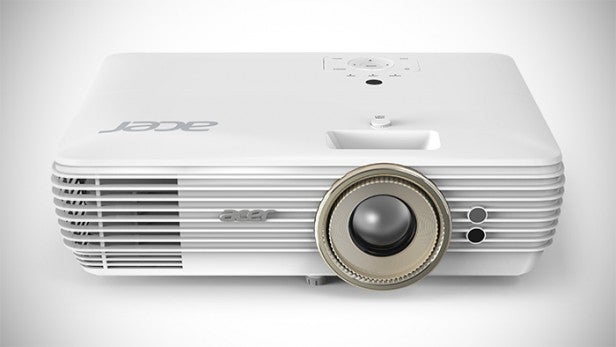 This V7850 proves an excellent match with Sky Q, from which it accepts a 10-bit signal. With vibrant colour rendering and filmic fidelity, Star Trek Beyond (UHD) looks superb. The Enterprise bridge with eye-popping neon detail is utterly beguiling, while shots of the Enterprise in dry dock ooze premium cinema clarity.

Of course, given that this is a single-chip DLP device, rainbow fringing caused by the spinning colour wheel is a concern. Thankfully, I saw only fleeting evidence of the trait.

Motion handling is uniform across all display modes. In short, detail is lost and there’s a small amount of judder on horizontal pans. AcuMotion frame interpolation, which generates intermediate frames to reduce flickering, makes no difference to motion clarity, on any of its three settings. 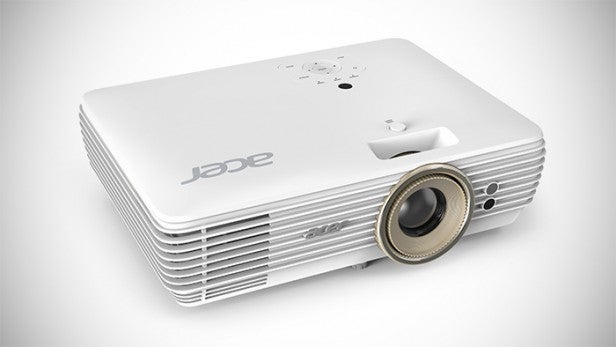 If you want a 4K projector designed for the living room rather than a dedicated theatrical space, then this Acer is it. Not only is it compact but operating noise is low and performance is often startling. While it isn’t able to cast quite as much 4K detail as larger UHD rivals, the differences aren’t likely to be obvious with native content.

This compact UHD Acer is a tidy treat. Although a more profound black level would have been welcome, the V7850 is supremely easy to live with, offering images that are often jaw-droppingly sharp and colour-rich.