Competition is a wonderful thing. It forces companies to cut their prices and it persuades them to improve their service levels. It usually means a better deal for customers, though it might not be great for the manufacturer’s/supplier’s bottom line.


And in the world of portable sat-nav, competition is fierce right now. The use of Windows CE as a platform for such devices, and a mushrooming of mapping software have led to a veritable avalanche of sat-nav systems. And that has forced prices down and features up. 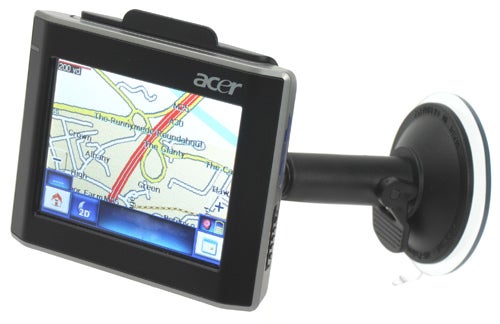 If nothing else, that’s one thing we have to thank firms like Acer and its v200 for. This compact unit is a member of the aforementioned avalanche of ‘generic’ portable sat-navs. It runs Windows CE Core 5.0 with Destinator 6 (the PNA – personal navigation assistant – version) carrying the burden of mapping duties. It’s based on Navteq maps.


In theory this line-up should be able to compete with offerings from the likes of TomTom, Garmin and in particular Mio, whose products run on the same operating system core. Alas, the sum of the v200’s various parts is rather less than one might hope for.

Why? Well it’s not because it isn’t well put together. In fact its palm-sized chassis is solidly built and is nicely pocketable. It has a decent speaker on it, making audio instructions clear and easy to hear. Its mini-USB connector at the right hand side on the bottom edge is easily accessible, even when the v200 is sitting in its windscreen mount. There are external volume controls here too.

Nor is it because it’s lacking clever features or that it’s poor value either. The tool that allows you to store a list of roads to avoid, for example, is excellent. This lets you put horrendous places like the M6 around Birmingham and the A11 in east London on a permanent navigational blacklist, never to be driven down again. It also has a pedestrian mode, though you’re braver than me if you’d consider walking around in central London with one of these in plain view. And you get maps for the whole of Europe thrown in for just £115.

It’s because, in most respects, the v200 just isn’t as good as the competition. Take the audio instructions. In an ideal world, you could turn off the screen and rely entirely on the dulcet tones of your friend in the sat-nav box. And you could probably get away with doing that on a TomTom, especially with the company’s high-end models, which now have text-to-speech and read out the road names to you. If you tried to do that with this Acer, however, you’d get lost – fast.

There are three problems. First is that the audio often seems to lag behind the action by a few seconds. Second, turnings that are close together are not linked, which means if you have to go left, then immediately right, you won’t know until you’ve got in the wrong lane, hit the accelerator and missed your turning. The TomTom One XL would tell you well in advance of the first turning to go left, then take the first right, not wait until you’d gone wrong already. The third problem with the audio is that it frequently doesn’t match up with the turning in real life. On a junction near Enfield it told me to go left, when the route on screen was clearly straight ahead. While driving north up the six-lane A1 in north London, it told me to make a U-turn..?

On screen, the graphics marking out the route aren’t as clear as they might be either. Turns are highlighted in red, but the arrows are quite skinny, making it difficult to make them out as you glance quickly at the screen. And though the v200 provides the facility to ban certain roads, there’s no ‘avoid roadblock’ or ‘route around the next 3km’ option as there is with the Mio, Garmin and TomTom sat-navs I’ve seen recently. 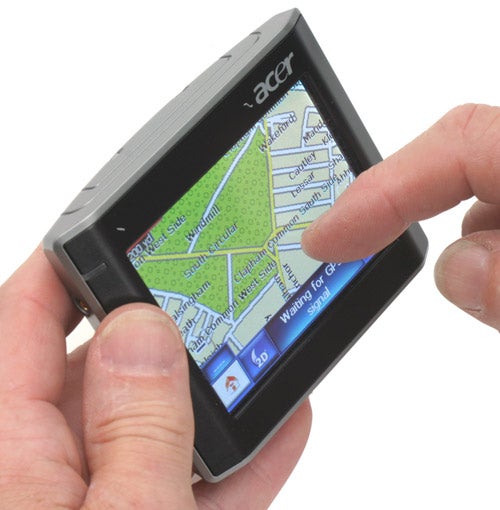 As for the rest of the interface, it varies from crowded to confusing. It’s crowded because the mapping screen is overburdened with information panels that are too large for the screen, reducing your view of the virtual road. It’s confusing because some commonly-used menu items – the free map browsing mode, for example – are hidden several clicks away from the mapping screen.

You’ll also have to keep the unit plugged in if you want peak performance, as the 20-channel GPS receiver seems to need the extra current. On battery power it takes an absolute age to get a decent satellite lock. Connected to a lighter socket, it has no such trouble. 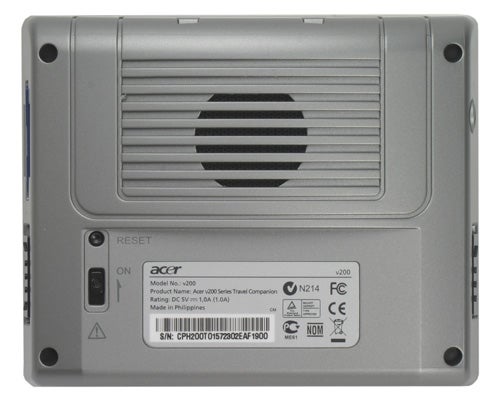 The v200’s biggest problem, however, is with its route-finding. If you’re desperately incapable of reading a map, it will get you where you want to go – eventually. But the Destinator mapping software just doesn’t seem to choose a logical route much of the time.


Here’s a prime example: to get from the main road near my house to my street you can either take the first left after the roundabout, then four turnings in quick succession on narrow back streets. Or you can simply take the second left which is, in fact, my street. The v200 chooses the former, which is plain daft. 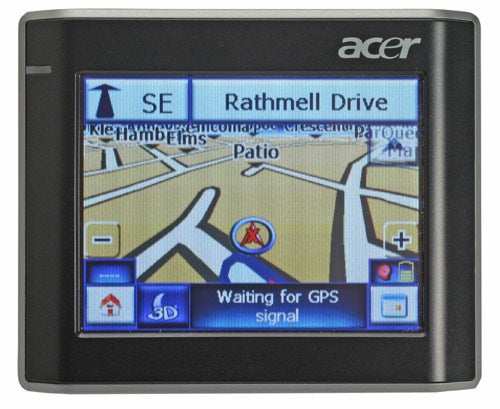 Now no GPS software is perfect but in choosing this frankly bizarre route, which takes twice as long (longer if you add give-way time to oncoming traffic), it seems to suggest that the v200 doesn’t take slow right-hand turnings or junctions into account when it works out the fastest route. If it did, it would have chosen the latter route to my house. And this wasn’t an isolated incident. On a trip to Wales our esteemed editor took a detour around the Midlands and ended up in a dark and threatening farmyard because he followed the instructions supplied by the v200 to the letter.


With the v200 you do get a lot for your £115. Full European maps are not to be sniffed at for this sort of price. The similar £125 Mio C220 only has maps for UK and Ireland included, though the C220 does have the advantage of a speed camera database installed out of the box (you’ll have to upload a third party one with the v200).


But even with a price so reasonable the v200’s average route-finding and audio instructions put it out of consideration for a decent score. If you’re really on a tight budget it’ll get you where you want to go – but beware, you may have to put up with some confusion along the way.