The Acer TravelMate C312XMi is the latest tablet PC from Acer. At first this looks like a pretty ordinary notebook with a 14.1in display that offers a native resolution of 1,024 x 768, not that remarkable these days. However, a closer look at the screen hinge hints that this is much more than a normal notebook. It’s located in the middle of the base of screen and enables you to swing it around 180 degrees and lay it flat.


The processor is a Pentium M 740 clocked at 1.73GHz bundled together with 512MB of PC4200 DDR2 memory. One slight issue here is that the TravelMate C312XMi is only sold in this one configuration and if you’d want to upgrade your memory you will have to replace both memory modules. This is easy enough to do with one of them as it’s located at the bottom of the laptop. However, the second module is hidden underneath the keyboard and it’s not that easy to get to. 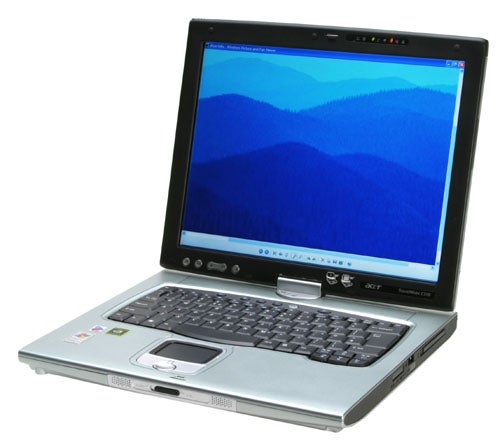 The TravelMate C312XMi is Centrino branded and as such uses an Intel chipset and wireless network card. In this particular model the chipset is the i915PM since it features a discrete graphics card. The Intel PRO/Wireless 2200BG wireless network card supports the 802.11b/g standards. Acer has also fitted Bluetooth to this specific model.


The graphics chip comes from nVidia and is the entry level GeForce Go 6200 with TurboCache. It has 32MB of local memory, which means that it doesn’t use up any of the system memory unless it’s doing 3D. It’s not really intended for games, but you could still run some games on it albeit at lower resolutions.


The hard drive is an 80GB 4,200rpm unit from Seagate, fairly slow compared to what you tend to get in notebooks these days, but at least it’s fairly spacious. The optical drive is from Toshiba and writes to DVD+/-R media at 8x, DVD+/-RW at 4x, DVD+R dual layer at 2.4x and finally DVD-RAM at 5x. 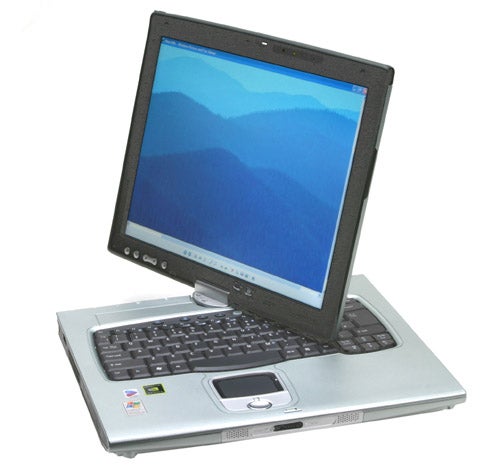 The optical drive is located on the front of the left hand side of the notebook and shares this side with the power switch and a Kensington lock hole. Most of the ports are located around the back. Here you’ll find the power connector, two USB 2.0 ports, S-Video out, a four-pin FireWire connector and a headphone and line-in jack. Hidden behind three small rubber flaps is the D-SUB connector, the modem and Ethernet sockets and a port replicator connection.

Moving on to the right hand side you’ll find a PC Card slot, a third USB 2.0 port, an IrDA receiver and a combined SD, MMC and MemoryStick Pro card reader. There are no ports around the front but the speakers are located here, one on each side of the locking latch. The latch has to be manually locked and has been designed so you can lock the lid in place when the TravelMate is in tablet PC mode.


The keyboard is excellent and the slightly curved design that is unique to Acer gives you that extra bit of space, making it more comfortable to type on. On the other hand, the touchpad could’ve done with being slightly bigger, but it is responsive and the buttons work well. A four-way scroll pad is fitted between the touchpad buttons and allows for easier scrolling both up and down as well as sideways. 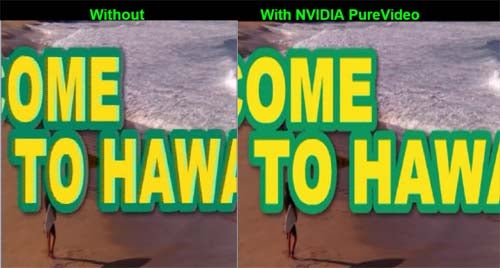 Just above the keyboard is a set of shortcut keys, some of which are programmable. The first two enables and disables the wireless network and Bluetooth antennas respectively. The remaining four buttons gives you access to your web browser, email client, the Acer eManager software and the fourth one is left available to launch an application of your choice.


The TravelMate C312XM has an EMR (Electromagnetic Resonance) or active touch display. This means that there is no touch sensitive surface on the display so you can’t use your finger. The advantage is that the display tends to be clearer and without the blotchiness you get from a passive touch panel. 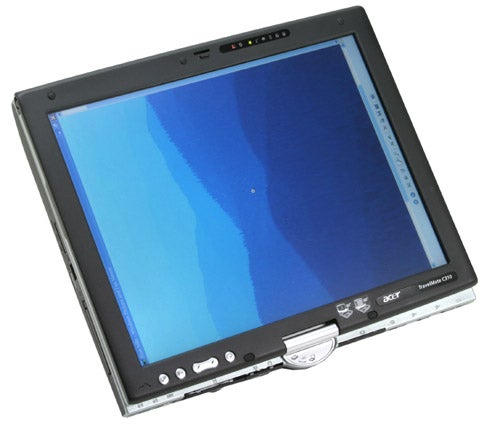 The supplied stylus has a virtual eraser on the back and a right click button to make it easier to use with various applications. Having an active touch screen also allows for slightly better precision than on a passive touch screen, but don’t expect it to be as good as something like a Wacom Tablet.

A couple of additional buttons have been added to the screen to make life easier in tablet PC mode. There’s a scroll button that enables you to scroll up and down, a display mode button that switches the screen between landscape and horizontal view and a quick access button to the Windows Task Manager and finally a programmable button. 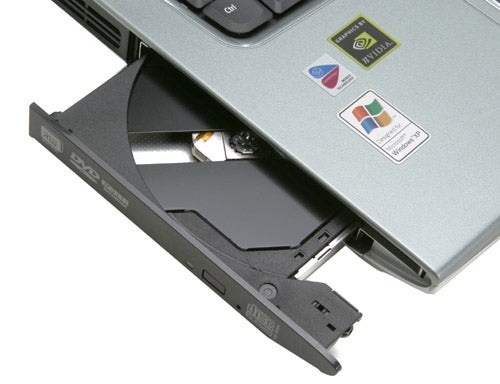 There isn’t much on the software side of things, but Acer UK supplies Norton Antivirus and NTI CD-Maker as standard.


Looking at the benchmark numbers the TravelMate C312XMi scored 193 overall in SYSMark 2002, not quite as fast as I’d expected it to be, but not slow by any means. With a battery life of just over three hours the TravelMate is about average for a notebook these days and this falls by about 20 minutes in the DVD playback test. 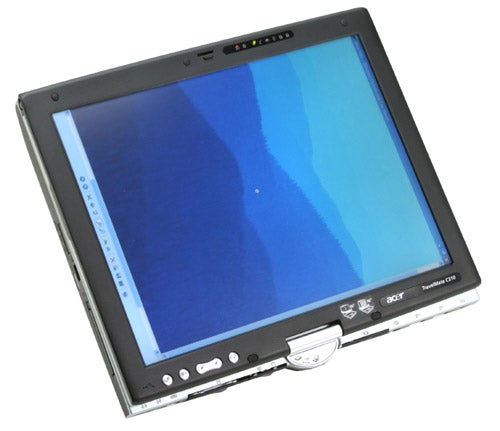 This is very much a business machine, but it’s not as portable as the Fujitsu-Siemens machines we’ve looked at in the past. It’s not a bad notebook by any means, but it’s not the best tablet PC around due to its size. At 2.89kg measuring 326x272x39 mm (WxDxH) it’s quite heavy and chunky to use in tablet PC mode, but if you need something that will primarily be used in notebook mode, it’s not a bad choice. However, for £1,059.96 you really need to make sure that a Tablet PC is what you need as you can get a much better laptop for the same money.


The Acer TravelMate C312XMi is a decent laptop that offers the advantage of being a tablet PC, but at a price premium. However, for a Tablet PC it’s on the heavy side and the screen resolution is a generation behind.