What is the Acer Switch 5?

The result is a solid workhorse convertible that, while not as attractive as the Microsoft Surface Pro, will meet most buyers’ needs. However, minor issues with its screen brightness, and the fact that it does little to differentiate itself from the sea of other Surface clones hitting the market, hinder its overall appeal. 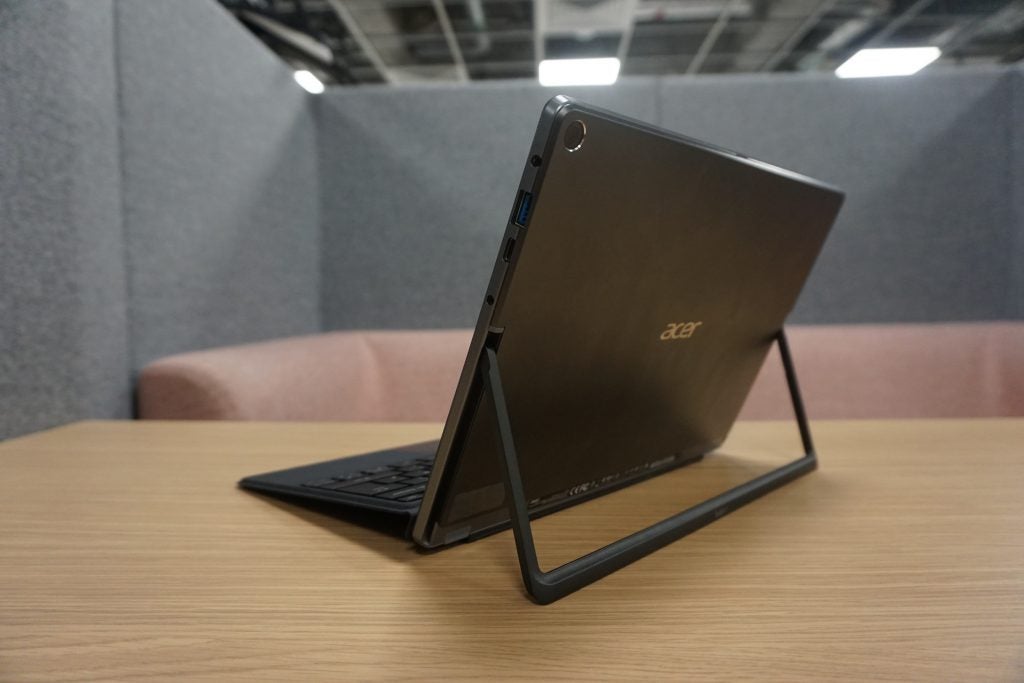 From a distance, the Switch 5 sports the same divisive design as its predecessor. There can be no denial over the fact that it doesn’t have the über-swish looks of the new Galaxy Book or Surface Pro – but, personally, I quite like its industrial and robust look. Others in the Trusted Reviews office weren’t quite so enamoured, however, with one team member describing it as a “prop from a ’70s BBC sci-fi series.” Each to their own, I guess.

Connectivity is pretty par for the course. Along the Switch 5’s sides you’ll find single USB 3.0 and USB 3.1 Type-C ports. I’d have liked to also have seen a mini-DisplayPort input, but since few convertibles have one these days, its absence isn’t a deal-breaker. The 1-megapixel (front) and 2-megapixel (rear) camera also make a reappearance, and are once again usable for video calling and little else.

Up-close you’ll also notice a few important design changes over Acer’s older convertible. Chief amongst these are its new side-facing fingerprint scanner and rear hinge. The hinge mechanism, in particular, is a positive change that aims to let you easily adjust the tablet’s standing angle with one hand.

The hinge also features a snap mechanism that enables it to pop back into its initial upright position when you lift up the Switch 5. This sounds great, but with prolonged use I found it a little annoying, as the snap action made using the Switch 5 on my lap a faff. All too often it would snap back to its prime position, even with the smallest of movements. Ideally, I’d have liked a way to lock the tablet hinge in place. 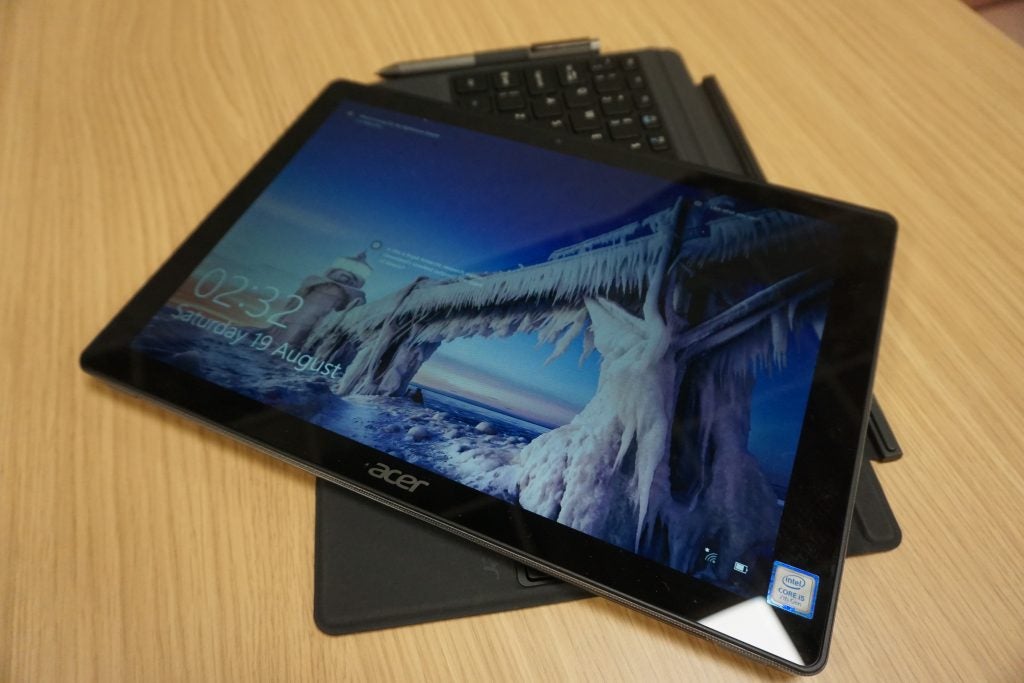 The slightly faffy hinge is forgivable since, unlike Microsoft, Acer is offering the Swift 5 with a keyboard cover and stylus, rather than selling them as optional extras. This is a significant change that means you won’t have to invest extra money to use the Switch 5 as a laptop replacement. This also makes the device one of the most affordable convertibles around, with pricing starting at a reasonable £899.

When it comes to usability, both peripherals are good but not great. Acer has made little to no significant improvements on the Acer Switch Alpha 12’s keyboard and pen.

As a result, the backlit keyboard section is distinctly average. The chiclet keyboard offers a more tactile feel and better travel than those of some convertibles – the iPad Pro or Huawei MateBook, for example – but in general it’s no better or worse than the Asus Transformer 3 Pro or Lenovo Miix 510 keyboard covers. It’s fine for typing on a desk, but keyboard flex and the stand system make it annoying to use the Switch 5 on your lap.

It’s a similar story with the trackpad. Its palm detection and multi-touch work well enough, but the lack of dedicated left and right keys makes it all too easy to send the cursor flying across the screen. 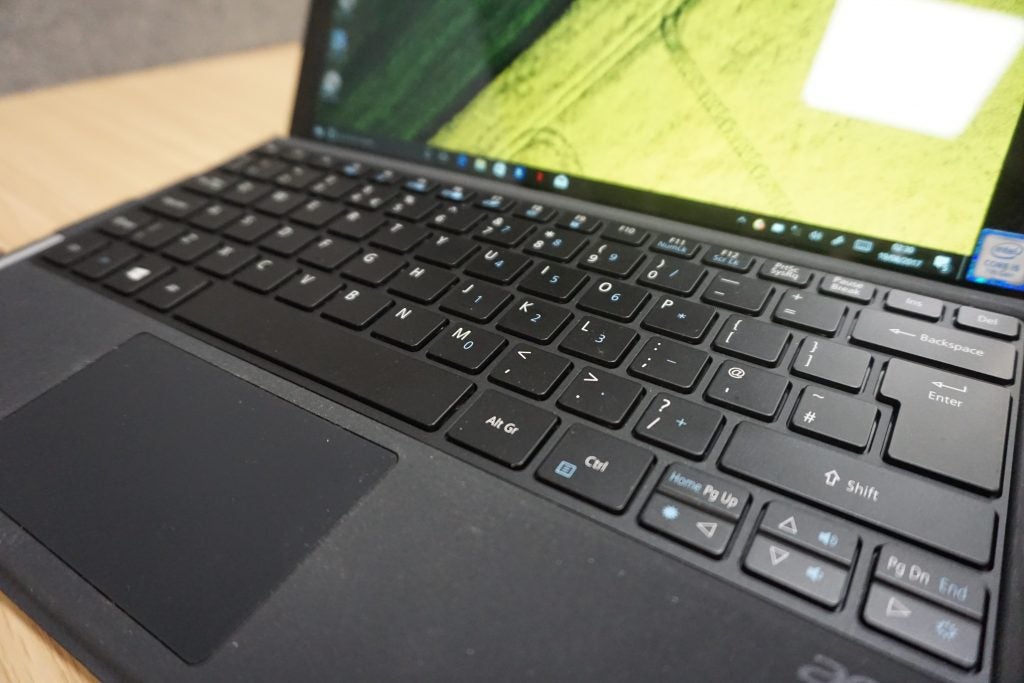 The Acer Switch 5’s screen is an interesting beast, which is great in some ways; not so much in others.

Starting with the positives. The 12-inch display’s 2160 x 1440p resolution makes it significantly sharper than the screen’s on competing devices, such as the Lenovo Miix 510, which still uses a 1080p panel. Icons look nicely sharp and the increased resolution is a bonus when using the stylus to paint digitally.

The 7216K colour temperature, while a little cool, is pretty standard for a convertible in the Switch 5’s price bracket. Colour gamut coverage is also fairly average, with the screen displaying 78.2% of the sRGB colour space.

The 54.7% Adobe RGB and 56.5% DCI-P3 colour gamut coverage will be an issue for artists and photographers working on projects that need to be physically printed – but again, this is pretty standard at this price point. All in all, for better figures you’ll need to spend more.

What’s less impressive is the screen’s maximum brightness, which clocks in at a piddly 211.96 nits. I’d expect it to at least stretch to 400 nits.

This, combined with its 0.2594 nits black level, gives the Switch 5 a fairly disappointing 817:1 contrast ratio. This leaves the Switch 5 with one of the least dynamic convertible displays around. 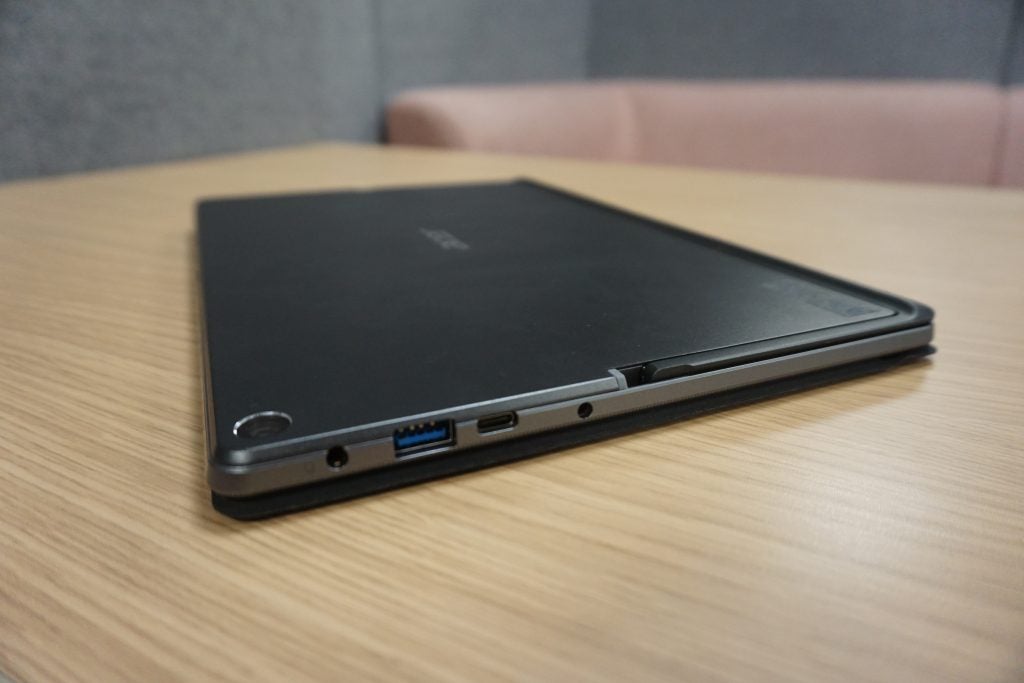 The Switch 5 is powered by an Intel Core i5-7200U CPU, 8GB of RAM and a 256GB PCIe SSD. The combination of parts works well enough for basic and moderately demanding processes.

Boot times are nippy and office applications are super-quick in use. The lack of a dedicated GPU means that beyond lightweight gaming – aside from Minecraft or Steam indie titles, for example – is a stretch, but outside of the Surface Book this is an issue on pretty much every current convertible.

The Switch 5 performed admirably during digital painting projects, although it did begin to struggle with intensive tasks, such as 3D work and video editing. However, thanks to the tablet’s liquid-cooling system, the Switch 5 remained blissfully quiet even in these situations.

The Switch 5’s synthetic benchmark scores mirrored my real-world findings. Below you can see a table comparing the Switch 5 to the i5 configuration of the Lenovo Miix 510. 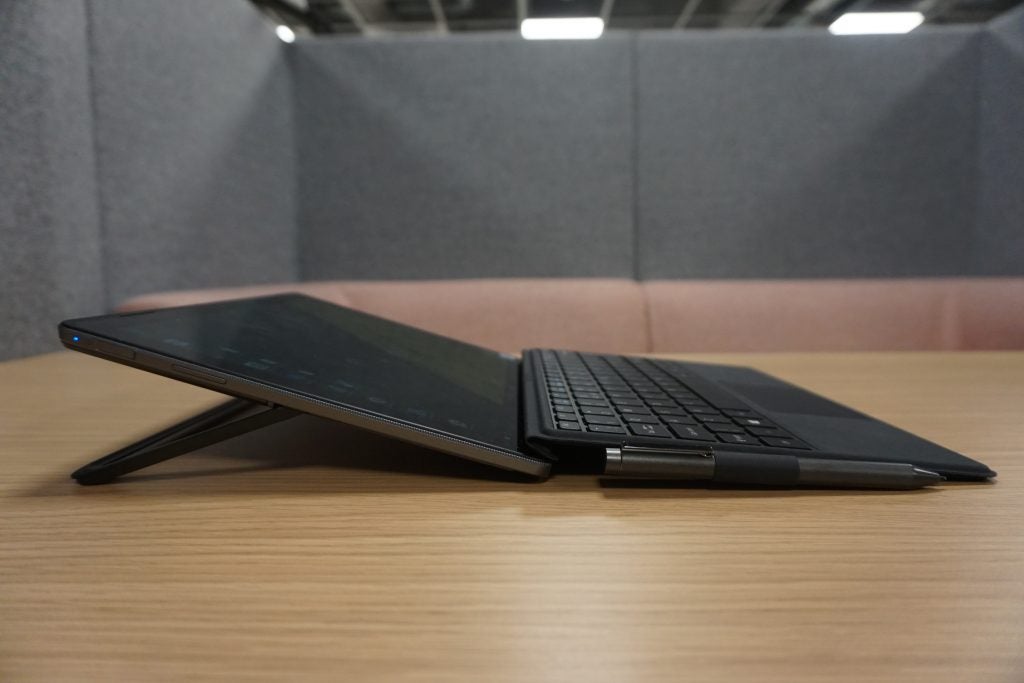 Battery life is pretty middle-of-the-road. Running our standard video tests, which involves five minutes of video playback and 10 minutes of web browsing in Powermark with the screen set to 150 nits, the Switch 5’s performance was no better or worse than competing convertibles at this price point.

During my three tests, the two-cell Li-Polymer cell generally lost 18-25% per hour, managing an overall average of four to five hours before giving out.

Real-world performance was also pretty average. Using the Switch 5 as my work laptop, the device generally needed to be plugged in by 3-4pm each day, having started at 9am. 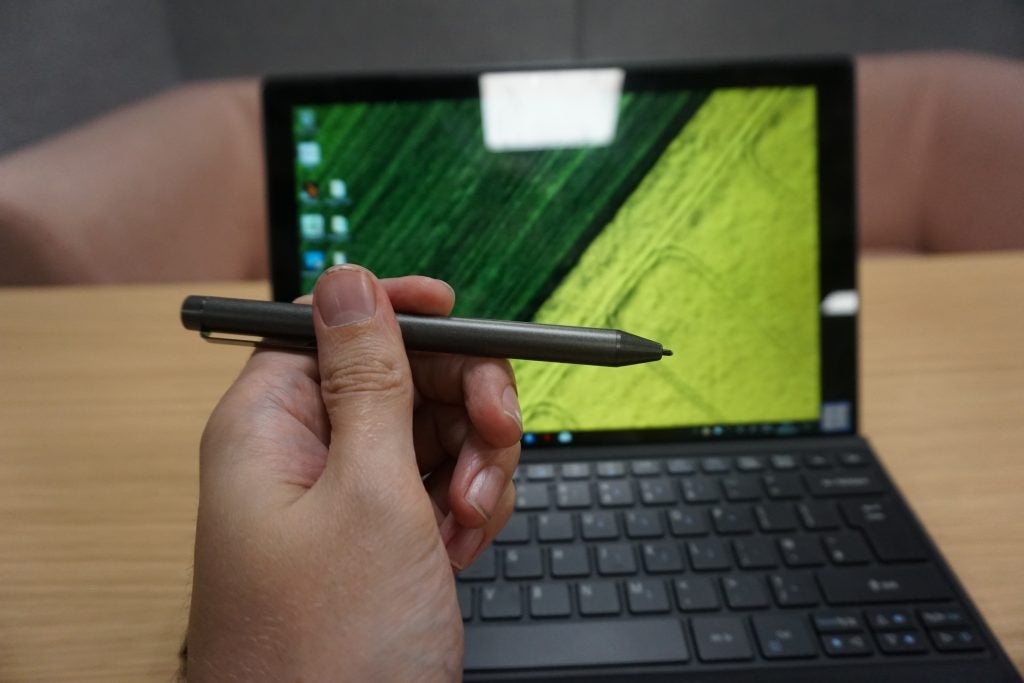 Why buy the Acer Switch 5?

If you’re on the market for a semi-affordable Windows 10 convertible that won’t break the bank, the Acer Switch 5 is a decent choice. It isn’t the sexiest or most original device on the market, but it ticks most of the right boxes when it comes to functionality and performance. The liquid-cooling system is also a nice addition that makes it run near-silently.

Outside of its slightly dim screen, the Switch 5’s only real issue is that it doesn’t do enough to differentiate itself from other Surface clones – the Lenovo Miix 510 and Asus Transformer Pro 3, for example – that offer equivalent features for similar price tags.