The Spin 7 is powered by an Intel Core i7-7Y75 processor. That ‘Y’ in the middle of the model name is crucial, because this is not your average Core i7. This is instead a re-branded Core M chip with a base clock speed of just 1.3GHz and a boost speed of 3.6GHz. Because it’s an ultra-low-power chip it has at best a thermal design power 7W – the Core i7-7500U can go up to 25W, by comparison – and without any active cooling fans, it won’t be able stay at that maximum speed for long. 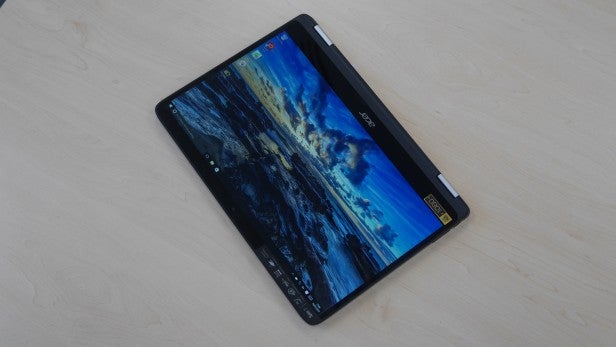 The chip may not be the fastest around, but in light-usage scenarios such as web browsing, document editing it’s more than powerful enough and runs close to silently. In these situations you’ll also never hear the laptop’s fans whir up or feel the keyboard tray getting hot.

Thanks to the reasonably fast 256GB SSD achieving peak read speeds of 451MB/s, opening programs and switching between them felt snappy, and Windows’ search felt nice and fast, too. There’s a lot to be said for a fast SSD giving a low-power CPU a better chance at life, and this is a clear demonstration of that fact.

Photo editing is certainly within this machine’s reach if you don’t mind a bit of a delay when importing and making major changes to images. But video editing is a real chore. Acer makes no claims about this laptop’s video-editing creds, and its performance in Adobe Premier points to the reason why.

Editing raw Full HD footage felt a little laggy, and exporting a three-minute video took nearly 20 minutes, which is a far cry from the likes of the Dell XPS 13, which could do the same task in around five minutes. If you only edit video casually or don’t work with Full HD footage, the Spin 7 will scrape by. 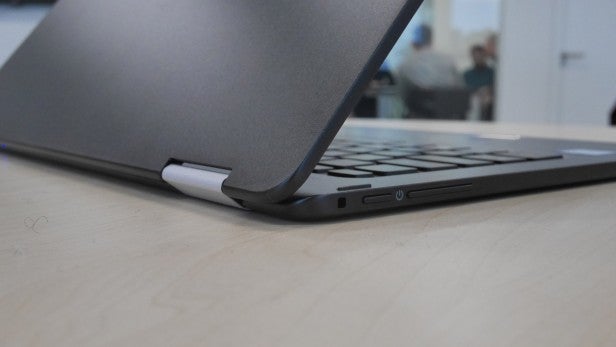 Battery life is, once again, just about fine. In our fairly lightweight Powermark test, which consists of a looping test of watching a video and browsing the web at a fixed screen brightness of 150 nits, it managed a promising 7 hours 31 minutes before needing a recharge.

In my own everyday tasks, which involve working in web apps and browsing media-heavy websites, the laptop managed a little under six hours use with the screen at the same 150-nits brightness. 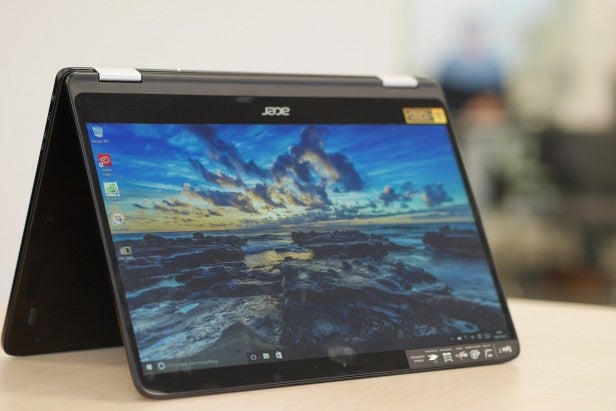 It consumed 14% of its battery during 60 minutes of Netflix streaming, which points to around seven hours of playback – not bad.

Should I buy the Acer Spin 7?

There’s a lot to like about the Spin 7: it’s thin and stupendously light while offering up a nice, big screen. Many users will be fine with the middling performance, too. However, the battery life isn’t as long as I expected and there are a couple of issues with the build quality. 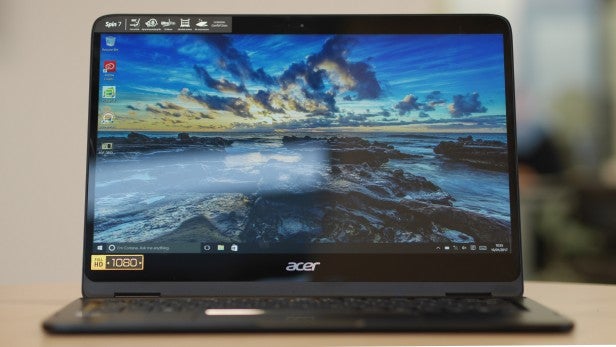 An attractive laptop, but it’s a tad too expensive, and disappointing in a few too many areas.