Thankfully, there isn’t too much need to jump into this display’s OSD – image quality out of the box is excellent.

The Acer Predator X34A delivers right across the board, with accurate colours, good contrast and, as already mentioned, superb viewing angles. The only concern is that you’ll want to drop from the 80/100 brightness level (260 nits) to about half that – it gets to 311 nits at maximum brightness, which is plenty for even the brightest room.

I also made a point of testing at both 60Hz and 100Hz – you do actually have to go into the OSD to turn on the 100Hz option – and colour performance was identical. 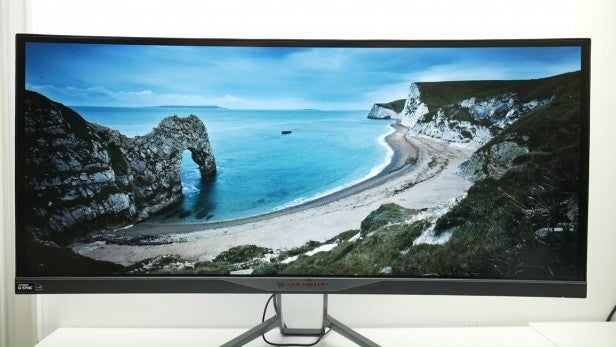 Running a full calibration, I switched to the User colour mode and dropped the blue channel from 50 to 45. Otherwise, the calibration software (displayCal) and hardware (X-Rite i1 Display Pro) did the rest with its colour profiles. The result? Continued excellence – although it can’t quite match the PG348Q.

Colour temperature reached 6,854K, contrast dropped to 918:1, sRGB coverage only rose to 96.5%, Delta E dropped a touch to 0.54, and gamma moved slightly closer to the 2.2 ideal, at 2.22. Overall, this is a fantastic display when it comes to colour accuracy and picture quality.

As for gaming, that 100Hz is a nice boost over 60Hz, greatly enhancing the sense of immediacy and accuracy for fast-paced games such as first-person shooters. Add in G-Sync, which worked flawlessly, and you not only have a fast, high-quality image, but one that’s free of tearing and stutter too. 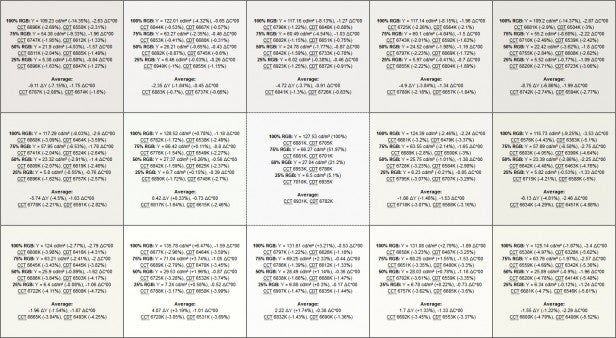 Plus, there’s the fact that you have an enormous 34in, curved panel that absolutely fills your vision. It really is quite something to behold, and that extra width and gentle curve really contribute to the sense of immersion to whatever is on-screen.

Although the resolution isn’t huge, it’s ideal for this size of screen – both for gaming and work – with a pixel pitch of 110ppi. Anything higher would prove too small and anything lower would end up looking pixellated – a key problem with the Acer Z35 and AOC C3583FQ.

The screen isn’t too bad when it comes to uniformity, either. It had just a 2.9% average variation in brightness from its centre to its edges.

The Acer’s speakers are a basic stereo affair that certainly aren’t a revelation in monitor audio. However, they’re better than most competitors, providing more power and depth than any other monitor of its calibre.

You’ll still want headphones most of the time, but you may just get away without the need for extra speakers if you use them only occasionally. 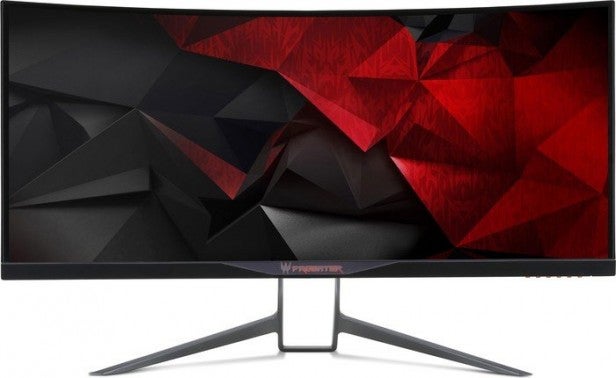 Should I buy the Acer Predator X34A?

The X34A is a truly fantastic monitor that delivers on every front. Image quality is excellent image, it’s easy to use, offers versatility and is great for gaming. From a pure desirability point of view, it’s only the slightly lacklustre design of the rear and the OSD controls that disappoint – but neither is a deal-breaker.

When it comes to value, however, there’s no getting away from the fact that this is a hugely expensive display – just like its equally desirable competitor, the Asus PG348Q. Much of this is justified by the size, quality and resolution of the screen and the number of features on offer. However, there’s no denying G-Sync bumps up the cost significantly.

A FreeSync version, or one without either technology, would likely be a fair amount cheaper. Sadly, the monitor market is such that G-Sync is the only option at the very top end.

If you’re happy to part with the cash then from the two monitors – the Acer and the Asus – we’d plump for the Acer. It looks better from the front, has a more useful lighting system, better speakers and is slightly easier to setup use. Plus, right now it can be had for slightly less money. Meanwhile, the Asus looks better from behind and offers ever so slightly better image quality.

If you’re a gamer then the Acer is one of the two most desirable monitors you can currently buy. The X34A may be expensive, but if you’re after the wow factor, it certainly delivers.