How does the Acer Predator Helios 700’s display look?

The Acer Predator Helios 700 features a 17.3-inch Full HD (1920 x 1080) IPS LED display that refreshes up to 144Hz. It also supports Nvidia’s G-Sync technology, which will attempt to ensure the RTX 2080 graphics card outputs video at a rate close to the display’s refresh rate, cutting down on tearing, and making games look far more stable.

It also features Acer’s ComfyView anti-glare coating, which certainly does the job in that department. Not once during testing did any of the harsh light from Trusted Reviews’ overhead panels bounce back into my field of vision from the Helios 700’s screen.

Acer says the Helios 700’s panel has a 3ms overdrive response time, but since I didn’t have an input lag monitor to hand during testing, I couldn’t verify this. For what it’s worth, I felt that gaming – particularly when playing FPS titles – did feel lightning-quick and responsive. 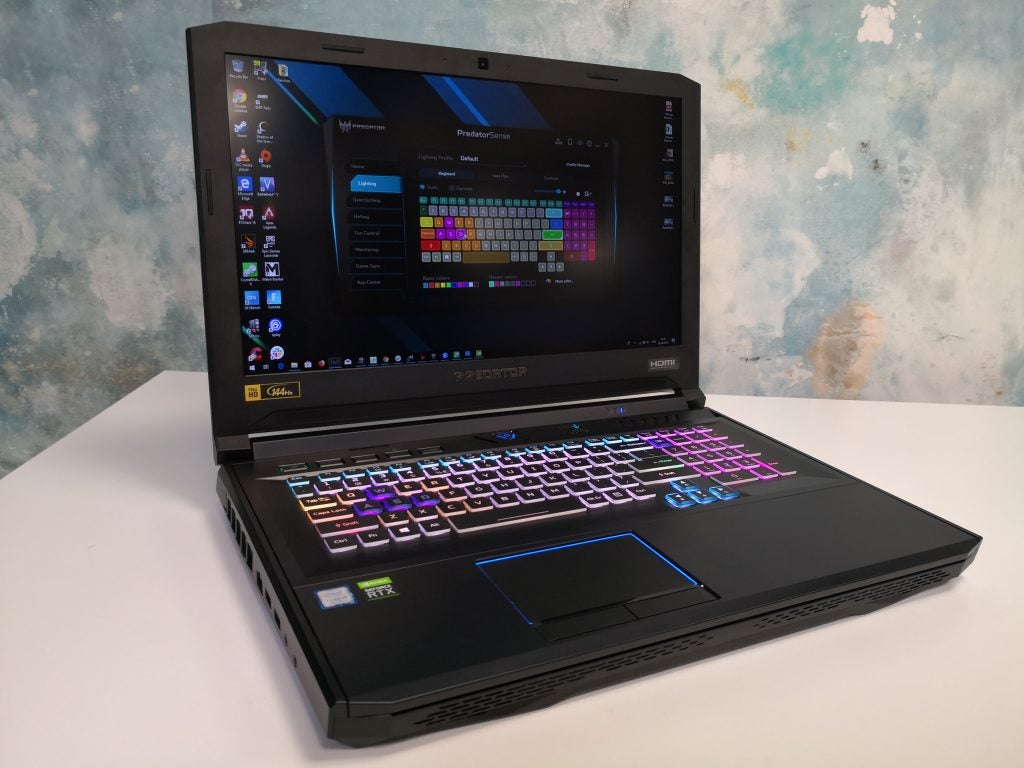 For gaming, I can confidently say this is an OK panel – although oddly, for an IPS (in-plane switching) type LED, the viewing angles aren’t the best. Distortion is noticeable even when you stray slightly away from looking at the Helios 700 dead on.

Colour space coverage is respectable, but, despite the powerful processing capabilities, this is only really good for the most basic of photo work.

Using DisplayCal and an X-Rite colorimeter (an i1 Display Pro), I recorded 86.2% sRGB coverage, and 62.6% and 65.8% Adobe RGB and DCI-P3. The latter two results indicate there isn’t a large enough gamut coverage to accurately present colours from photos and video.

Maximum brightness was also below the 300-nit mark, which should be considered the baseline level of max brightness for laptops and monitors. I recorded a top white level of 289.08 nits and a black level of 0.26 nits, which adds up to an average contrast ratio of 1109:1. Any games or streamed video content with dark or nocturnal scenes won’t look as good as they could.

The colour temperature I recorded was also a very cold 9449K, far, far above the 6500K ideal. This would explain the reason that a lot of the photos I viewed on the Helios 700 tended to look bluish and washed out.

All in all, the display is good enough for most games, provided you don’t spend too long in any dark areas. But bar basic photo cropping and resizing, I couldn’t say this display is adequate enough for advanced photo and video work.