How good is the Acer Predator Helios 700 battery?

You won’t be surprised to learn that, given the high performance of the Acer Predator Helios 700, battery life isn’t anything to write home about.

With the Helios 700 away from the mains, typical battery life is stated at three hours. In reality, you’ll be lucky to get two hours. Running the PCMark 8 “Work” benchmark to simulate basic PC tasks resulted in an estimate of 1hr 48mins, which is consistent with my observations. 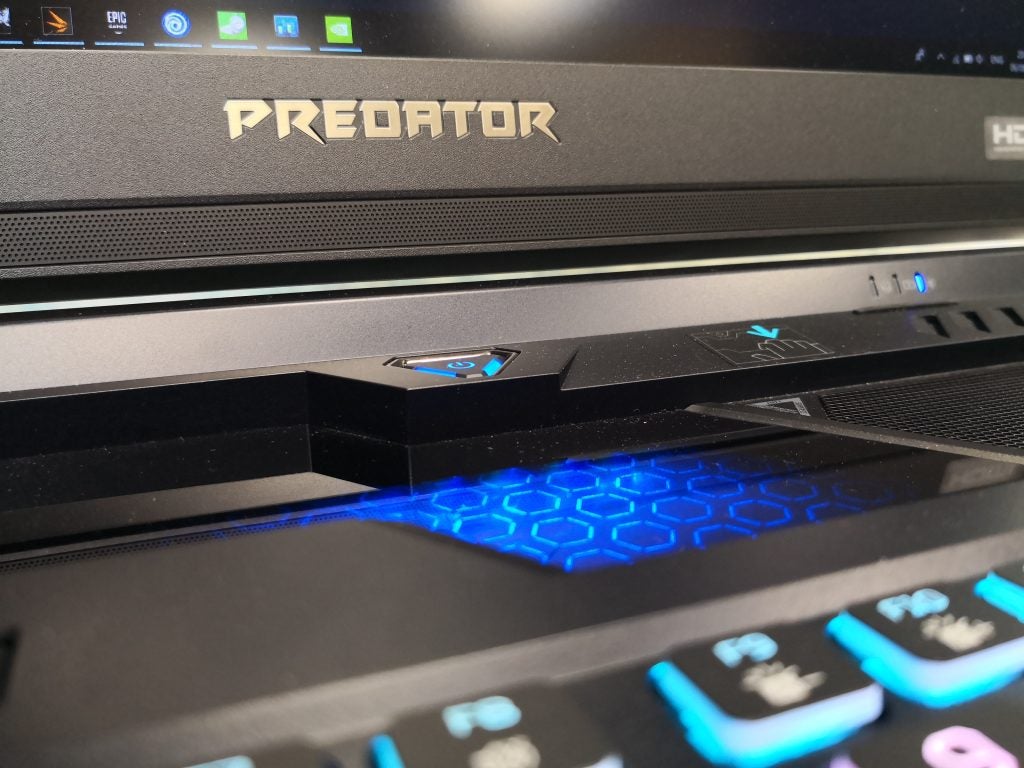 When playing a game you’re likely to see such stamina shrink further. When playing Battlefield 5, the Acer Predator Helios 700 even struggled to hit an hour and 30 minutes before running out of juice.

Since the overclock and fan boost modes won’t kick in when you’re not plugged into the AC adapter – which, by the way, is huge; bigger than the original Xbox 360 adapter – and drawing power from the mains, you can expect gaming performance close to what I observed in “Normal” mode.

This will still see high-end games run at a fair old clip, but the battery levels will drop like a stone.

It takes about 2hrs 15mins to charge the Helios 700’s battery from empty – not that I’d recommend ever letting the Helios 700 get to that stage.

This is a desktop replacement laptop, so treat it as such. You’ll only want to take it off the mains if you’re transporting it between rooms. That said, the battery life is still long enough to endure a lunch break at work, if you really, really want to take it to the office and draw comments from your colleagues.