Acer claims the Predator’s lithium-polymer 4,420mAh battery can last up to 8.5 hours. In my experience, I found the tablet was able to live up to this promise. For regular use, free of any gaming, the Predator is great. For sending the odd email, browsing the internet and using various apps for a short period, the battery took a hit of 14% in six and a half hours. That’s with minimal use, but it’s still pretty impressive.

You also have the option to turn on the battery saver, which reduces the tablet’s performance by limiting Wi-Fi, Bluetooth, vibration, location services and background data. This stops most apps from syncing automatically.

Powering up times are decent too. Left to charge unattended for an hour, my Predator tablet gained almost 50% battery.

When it comes to gaming, the Predator holds up fairly well but you’ll definitely want to keep a charger nearby. During an hour-long Asphalt 8 session with the screen brightness at 50%, the tablet lost 43% battery. If you’re going to be playing games with high graphical demands for long periods, the Predator is going to need charging quite often. 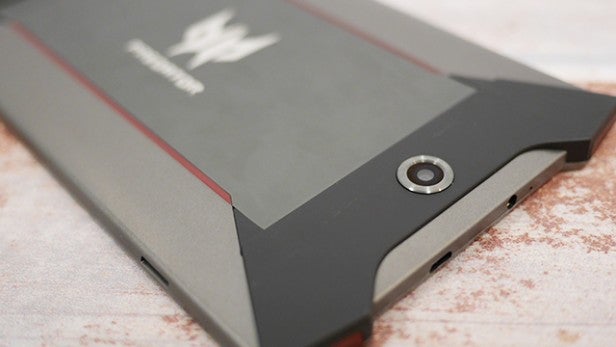 With a 5-megapixel rear-facing camera and a 2-megapixel front-facing unit, Acer has ensured you’ll be able to capture decent-quality pictures. You’ll even be able to immortalise your newly enhanced gaming experience with a mid-game selfie. The rear camera is capable of capturing video in 1080p at 30fps too.

Here’s an example of the rear-facing camera in action. 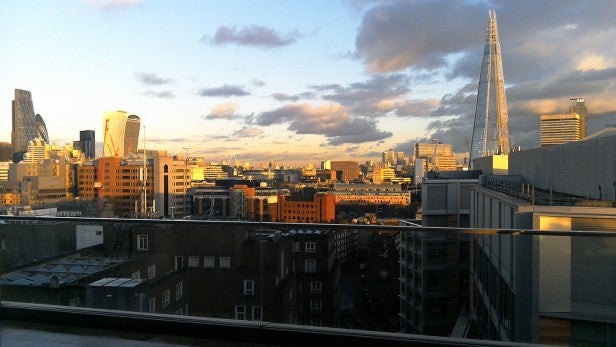 And the front-facing camera… 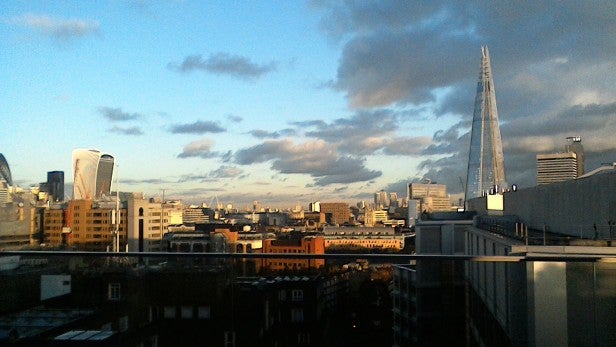 As you can see, neither camera is going to wow you; when it comes to the front-facing lens, images are pretty dire. Of course, tablet cameras aren’t a major consideration when searching for a new slate. As such, so long as it can promise reasonable FaceTime and Skype performance, it will be adequate. And that’s pretty much what you’ll get with the Predator 8.

The Pixel C and Galaxy Tab S 8.4 both come with an 8-megapixel rear-facing camera, which is slightly better than the Predator’s offering. The Nvidia Shield K1 features the same 5-megapixel offering as Acer’s device, although it has a 5-megapixel front-facing camera too.

In other words, If the camera is a big deal for you, there are marginally better options on the market. But if, like most people, you’re not looking to use your tablet as a camera in the first place, the Predator will do the job when you need to get on Skype or snap a quick shot. 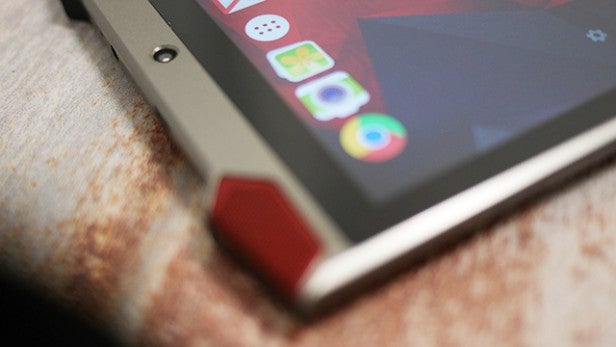 Should I buy the Acer Predator 8?

This depends on a number of factors. Do you want your tablet to look like it’s the product of a design partnership between NASA engineers and Lucifer himself? Then you’ll be thrilled with the Predator. However, if you’re after an Android tablet to which you can attach a keyboard to increase your productivity then this isn’t the tablet for you.

What about Acer’s claim that this is the ultimate gaming tablet? Well, you have to ask yourself what a tablet – essentially a screen with Android on it – can reasonably include to enhance the gaming experience. It’s true that tablet games are becoming increasingly impressive, but sound, vibration, and a supposedly more responsive screen are really all the improvements you could hope for in a gadget that’s never going to be the most immersive of gaming devices.

That is, unless you go down the Nvidia route and offer the option to buy a separate controller. 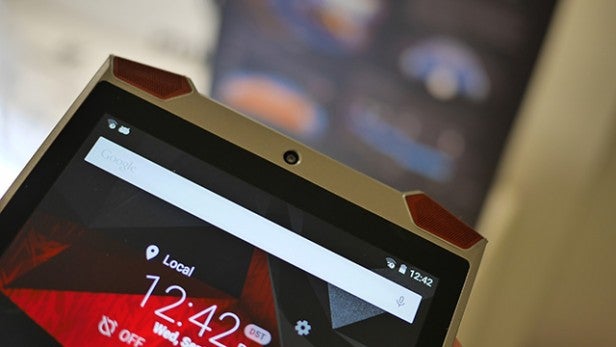 You can’t fault Acer for trying, but all the extra features simply compliment the tablet gaming experience rather than intensify it.

Similarly, the speakers are loud, just as Acer promises, but has volume ever been a huge gaming consideration? Certainly, surround sound has always offered a boost to the PC and console gaming experience, but if you’re playing games on a tablet, your headphones will provide all the decibels you’ll need.

I’m not really a tablet gamer, but I like the Predator 8 as a tablet. Its vibrant screen might put some off, but I like how vivid images look. It also feels well built, and the various features will add to your tablet experience if you’re a gamer, even if they don’t revolutionise it.

So, if you’re not put off by the design and don’t care about keyboards and other attachments, you may find the Predator a refreshing change from your usual tablet. However, you’re looking for a serious gaming tablet – if such a device exists – then the Nvidia Shield K1 is probably the better option.

A novel, well-built tablet with a vibrant display, but those looking for the next level in tablet gaming will be disappointed.