What is the Acer Predator 21 X?

When computing historians look back on 2017, I imagine they’ll mark it as the start of the end of the cumbersome gaming laptop era. As ultra-thin and efficient gaming laptops start to become the norm, a breed of super-huge laptops are likely on their last legs.

If it’s the end of the old-school gaming laptop era, the Acer Predator 21 X is the machine to mark it. Priced at a jaw-dropping $9000 (£9000, including VAT), this isn’t a mass-market device. It’s a Bugatti Chiron, but with better graphics. This beast packs dual GTX 1080 graphics cards and an high-end processor, a huge and quick SSD array along with 64GB of RAM.

Obviously, the Predator 21 X isn’t good value for money for the average consumer then, but at this end of the market, there’s far more to talk about than whether you’re simply making a good buying decision.

The Predator 21 X is unique – and is worth celebrating for what it is.

Not everyone will be a fan of the 21 X design, and I can totally see why. Ignoring the RGB LED strips, backlit keyboard and transparent, LED-lit fan cover, the Predator 21 X is ‘loud’. There are sizeable vents on both sides of the device, highlighted speaker covers on the corners and a keyboard that is, to the casual onlooker, in completely the wrong place.

But I think it’s a grower. It lacks subtlety and business class, and I especially dislike the limited edition maintenance panel next to the screen (this can be replaced with a custom or blank panel instead), but the black plastic and silver highlights give it supercar/spaceship looks that I’ve become a little bit fond of. 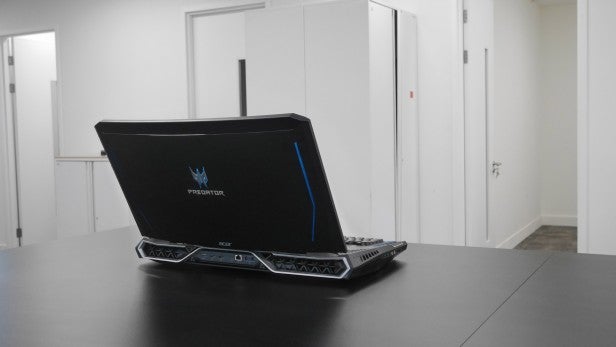 The machine is so large and so powerful that it requires an arsenal of accessories to be used properly. You’ll need the keyboard wrist rest that attaches magnetically to the front of the laptop, alongside two 1.2kg power bricks and a rubber stand to keep them in check. All this is stored in a Pelican case, which is about as rugged a laptop case as you’ll find anywhere on the planet. The foam insides have been specially moulded to the 21 X and its bits and pieces, and it’s outrageously big and heavy.

Big and heavy is the story of the day, though. The 21 X weighs in at 8.5kg, rising to over 10kg with its two power bricks in tow. It’s unlikely that you’ll carry this 568 x 314 x 68mm device around in a backpack. Think of it less as a laptop and more as an inverted all-in-one desktop. 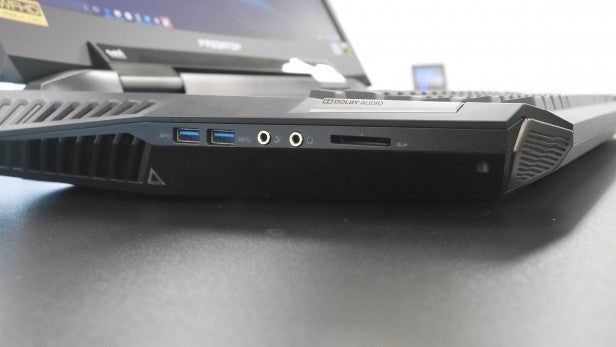 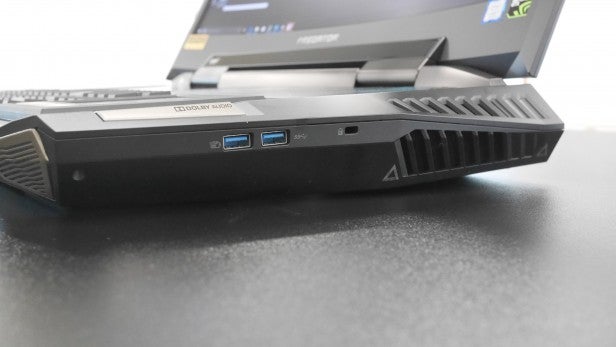 There’s a desktop number of ports as well. You get four USB 3.0 ports, a USB-C ThunderBolt 3 port, an SD card reader, two 3.5mm jacks, an HDMI port, two full-size DisplayPort connectors and a gigabit Ethernet port. You won’t be left wanting for places to connect your kit, and there’s enough there for a proper VR setup as well if you dabble in that sort of thing.

The video out ports, networking and power connectors are at the rear of the machine, which helps give the laptop a cleaner, unfettered look, even when you have everything plugged in. I’d have preferred some full-size USBs back there as well, since those are the next-most-likely ports into which you’ll have items plugged.

Gaming laptops live and die on the quality of their keyboards, and there’s no better way to guarantee success than to include a fully mechanical varient into your laptop chassis. Acer has done exactly that, picking my personal favourite Cherry MX Brown switches for its near-full-size keyboard. 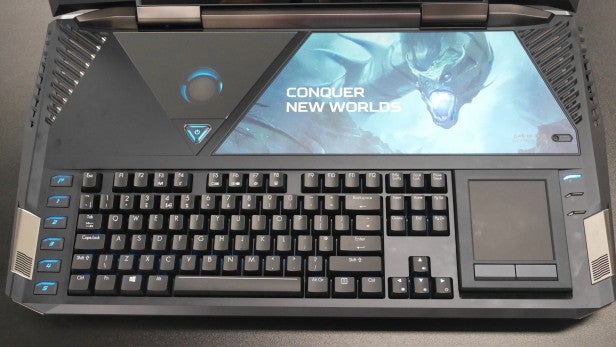 Needless to say, for both typing and gaming it’s a joy to use – although it’s louder than the average laptop keyboard. I especially like the easy-access macro keys to the left of the keyboard that offer three different modes for a total of 15 preset commands.

Somewhat annoying is the lack of Fn buttons and commands; volume buttons and media playback controls would have been welcome. Of course, you could assign these commands to your macro keys, but then you’re losing valuable space for other quick-access commands. 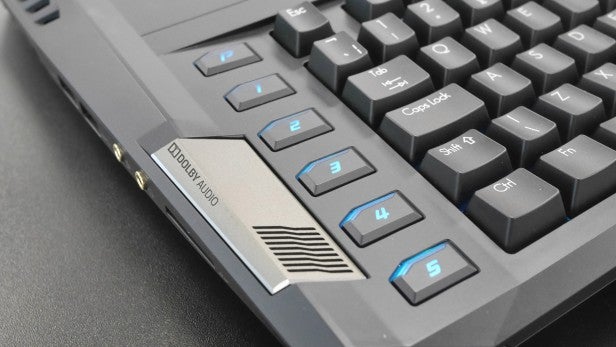 The wrist rest that comes with the 21 X is essential – without it your wrists are left hanging off the keyboard in very uncomfortable fashion.

The keys are backlit by RGB LEDs and allow you to customise each individual key to any colour you want, as well as set up tasteful – or garish – animations. 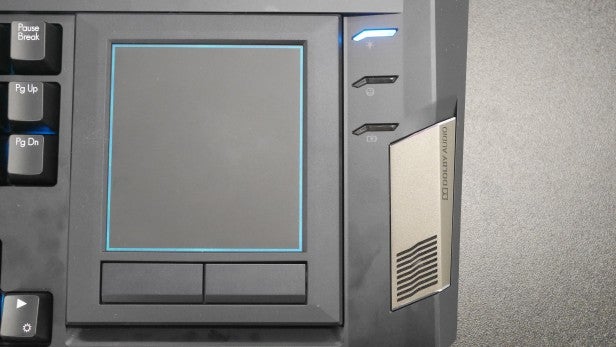 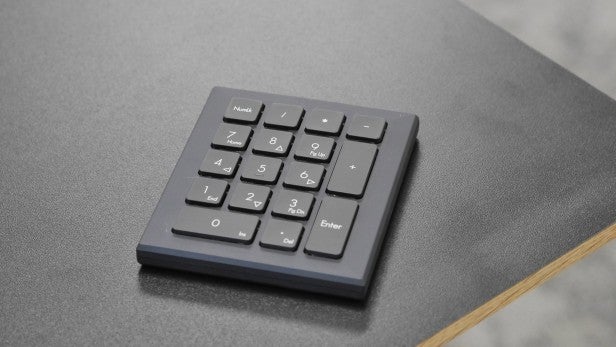 Amazingly, the touchpad doubles up as a number pad. Unlike on the Asus ROG Zephyrus, where the touchpad becomes a virtual number pad, the touchpad on the Predator 21 X flips over entirely, revealing a full, physical set of number buttons. The touchpad itself is excellent and Microsoft Precision-certified, but of course superfluous because this laptop will almost certainly be used exclusively with an external mouse.

Easy to overlook among the rest of its crazy features, the 21 X also has a curved screen – yet the curve is the least impressive feature of this panel. It’s a 2000R curve, which is fairly shallow given its 21-inch size. 2000R means that if the curve was made into a complete circle, the resulting radius would be 2000mm, or two metres.

That’s nowhere near tight enough to compare to the immersion experienced on a large curved TV or even a monitor, because you’re set so far back from what is actually a relatively small screen.

The resolution is also another sticking point: 2560 x 1080 is pretty small by today’s ultra HD standards. While it does allow for a very pleasant ultra-wide window-management experience, it doesn’t quite have the wow factor of a proper 4K panel. Still, in every other respect this screen is phenomenally good.

It comes equipped with IPS technology for wide viewing angles, significant colour coverage (99% sRGB and 94.5% Adobe RGB), huge contrast (1261:1) and excellent maximum brightness (428cd/m2). Not only that, it packs a 120Hz refresh rate that makes gaming and general desktop use feel super-smooth, and there’s Nvidia G-Sync to eliminate tearing and stuttering when performance drops below or, inevitably, exceeds the 120fps barrier.

Below the screen is a Tobii eye tracker, an addition that’s increasingly common on higher-end gaming gear. The Tobii allows you to control your gaming viewpoint with your eyes instead of a controller, and is more an extra tool at your disposal than a complete analogue stick replacement. It’s a reliable piece of tech, although TrustedReviews is yet to be convinced by the number of games that support it.

Speaker quality is somewhat less impressive, which is a tad disappointing for such a beefy laptop. I’d expect a huge machine to have at least a little space for proper speakers, but a lack of bass and underwhelming mid-range meant – during a fast-paced game of Battlefield 1, at least – I really didn’t feel particularly immersed.