Testing out the P6200S’s home cinema credentials ultimately proves a fairly underwhelming experience – although only after what looks like a surprisingly decent start.

The surprise comes from its black levels. Using the Dynamic Black mode, the P6200S manages to produce dark scenes that suffer much less with the usual “grey mist” low-contrast issue that I’d expect with such a bright projector. In fact, blacks actually look deeper than those produced by much less bright sub-£1,000 projectors.

The longer I looked at dark scenes on the P6200S, the more aware I became of sacrifices the projector makes to achieve its decent black colours.

First, bright parts of mostly dark scenes only benefit from a fraction of that 5,000 lumens of brightness because of the amount of light being removed by the dynamic lamp technology. Second, alarming amounts of subtle detail are crushed into black oblivion. 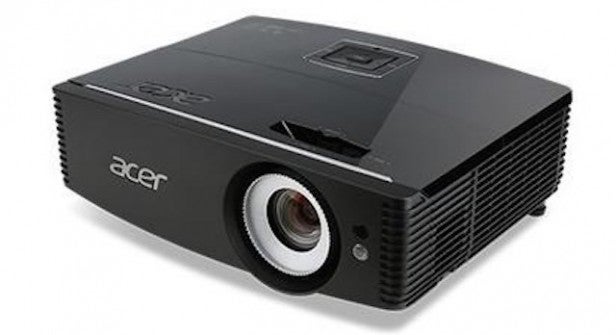 This latter point means dark scenes look flat, hollow and just not very natural, despite the relative lack of greyness in the presentation of black colours.

A similar situation applies to the P6200S’s potential as a big-screen projector. For while its high brightness does indeed let you push films up to 150-inch sizes and beyond, the projector’s 4:3 aspect ratio means you can clearly see pixel structure in large widescreen images. This can even lead to jaggedness in diagonal and curved lines, or around on-screen text.

The P6200S also struggles to handle its own headline brightness. Bright highlights of the picture – particularly reflections of light on skin, or clouds in skies – look unnatural, glowing with an almost radioactive intensity rather than looking like a natural part of their surroundings.

It doesn’t help that the brightest picture areas also lack subtle tone information, presumably because the projector’s colour processing can’t resolve them at such extreme levels. 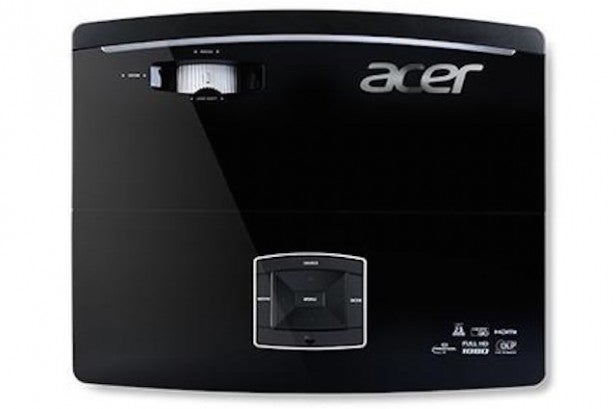 The P6200S’s biggest problem, is the rainbow effect. A combination of its high brightness and DLP colour wheel means you often see flitting stripes of pure red, green and blue over stand-out bright objects. This can be distracting on the P6200S, even to those who aren’t usually susceptible to seeing such a rainbowing effect.

But there are areas where the P6200S genuinely does quite well as a video projector. Its colours are bold and punchy, even if they sometimes lean towards PC toning. Camera pans and movement across the frame are both handled exceptionally naturally, while console and PC gamers will be pleased to learn that the projector suffers with a respectably low input lag of only 36ms.

In the end, it’s the inconsistency of the experience created by the rainbowing, strange glowing “holes” in bright areas, and hollow dark areas that make it impossible to get really immersed in a movie.

While the P6200S doesn’t really work as a dark-room video projector, its brightness makes it a slightly more interesting option for those who want a projector for a non-blacked-out room.

Use one of the projector’s brightest lamp modes and footage such as sporting events and animated movies retain more colour saturation and intensity in a gently lit room than arguably any other sub-£1,000 projector I’ve seen.

Dark scenes inevitably look grey and flat in ambient light, though – unless you partner the projector with some sort of an anti-ambient light screen – the Optoma ALR100, for example.

So the P6200S’s bright room potential should only be considered useful by serious sports fans, not movie fans.

The P6200S is more effective overall as a data projector than one for home entertainment. Its high brightness and PC-biased colours feel more comfortably aligned with PowerPoint presentations than Hollywood blockbusters, giving real punch to graphs and charts – even in rooms where achieving real darkness is impossible.

The P6200S’s extreme brightness will also appeal to presenters who often have to project in large auditoria. Especially as projectors able to cope with such circumstances usually cost far more than £940.

The jagged look to edges when you push the P6200S to large sizes can leave text looking quite uncomfortable to read, and introduces a rough look to the edges of your otherwise pristine and punchy graphics.

The rainbowing issue can also affect data playback if you’re in a dark room and have made the mistake of putting bright elements against dark backdrops in your presentations.

If you’re a die-hard sports fan wanting to watch lots of your favourite sport on a really big screen then the P6200S might just work for you, despite its unfashionable 4:3 aspect ratio and resulting loss of widescreen resolution.

It’s also an unusually affordable option for projecting presentations onto sizeable screens – but again, the resolution/visible picture structure issues are a problem.

As a serious movie projector the P6200S is pretty much impossible to recommend for numerous reasons, headed by the appearance of much “rainbow” striping noise.

Movie fans would be better to consider a more dedicated home entertainment projector such as the BenQ W2000 or Optoma HD27. Home users wanting a projector to combat ambient light would also benefit from partnersing the BenQ or Optoma projectors with Optoma’s special ALR100 screen, if they can afford it.

The P6200S is a clever pitch: there really aren’t many super-bright projectors available in the sub-£1,000 world. But its 4:3 aspect ratio is a misjudgement, and ultimately its push for brightness on a budget creates more problems than it solves.