Acer is a name most people associate with laptops rather than smartphone, but the company purchased the Glofiish brand in 2008 and released its first batch of handsets this year. These early offerings were a bit of a mixed bag. While the F900 was quite impressive, the X960 and M900 looked outdated before they had even hit the shelves. However, Acer is back with four handsets built on the new ‘Windows Phone’ (v6.5) operating system. We’ll be taking a look at these phones in more detail over the coming weeks, but first up is the rather speedy neoTouch S200.


One thing is for sure, no one can accuse this handset of being under specified. For starters, it’s only the second device, after Toshiba’s TG01, to hit the market with a 1GHz Snapdragon processor. Of course, clock speed isn’t everything when it comes to processors, but the Snapdragon really is a seriously fast CPU and the extra speed it offers is definitely noticeable here. 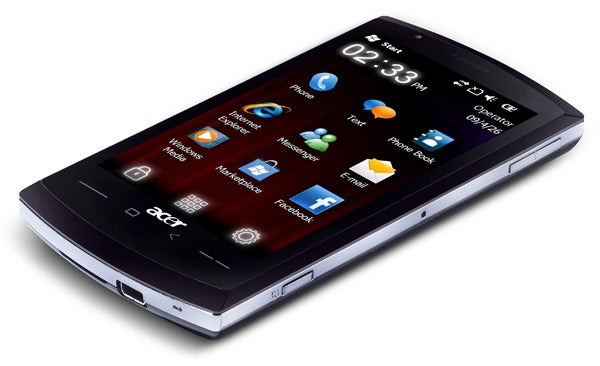 The processor is helped along by a decent amount of memory. There’s 512MB of ROM (of which around 220MB is free) and 256MB of RAM (with 100MB free). Plus if you need more storage space you can add it via the microSD card slot which is slightly awkwardly placed under the battery cover (although mercifully you don’t actually have to remove the battery to swap cards).


Acer hasn’t skimped when it comes to the screen either. The display is quite large at 3.8in and, although it uses resistive rather than capacitance technology, it feels much more responsive than the screen used on Acer’s F900 handset. The display also has a relatively high resolution of 480 x 800 pixels, which makes it ideal for viewing web pages, and as it’s bright and produces really strong vibrant colours, videos and photos look ace.


Naturally, all the connectivity bases are covered off nicely. The phone is quad-band and supports HSDPA for fast data access on the move. There’s also Bluetooth 2.1 EDR and Wi-Fi Wireless B and G (sadly N is not supported, but then it’s hardly needed on a smartphone). As with most of today’s smartphones the handset also has onboard GPS. There’s no navigation software included, but Google Maps is preloaded and the GPS chip worked fine with this. However, it was a tad slow to lock onto satellites and determine our position from a cold start.

In terms of overall design this is Acer’s best handset yet. Whereas some of the company’s previous models had more bumps and bulges than a fat lady’s knickers, the neoTouch is a much slicker affair. The display is mounted flush with the case and on the front Acer has used touch buttons, rather than conventional ones, in order to preserve the sleek lines. Elsewhere there are just three normal buttons on the edges for standby, camera and volume controls. However, like the company’s previous phones, this one still feels a bit plastiky with the case creaking when you apply any twisting force. The battery cover feels especially flimsy and cheap, and thanks to its glossy black finish it tends to pick up more finger prints than a member of the CSI cast.


As previously mentioned, the neoTouch is among the first handsets on the market to sport Microsoft’s ‘Windows Phone’ operating system. This is a significant improvement on Windows Mobile 6.1 as it introduces a much more finger-friendly Today screen and Start menu, a vastly improved Internet Explorer, and a new on-phone application store. However, it’s still a long way from the user-friendliness of the iPhone OS or even Google’s Android, as it lacks multi-touch support for two-finger zooming and it still has too many fiddly menus and buttons hidden away in a number of the applications and settings menus. 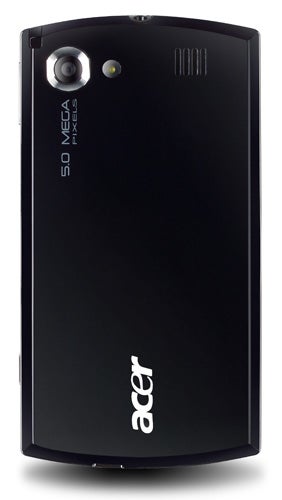 Although other manufacturers like HTC and Samsung are still using shell replacements on their new Windows Phone handsets, Acer’s only real tweak is its customised Today screen. As well as offering large icons to access the phone, contacts book and text messaging apps, this also provides you with six shortcuts to other commonly used applications like the Marketplace, Internet Explorer and YouTube Player. These shortcuts are easily configurable, so you can change them at will.


Unfortunately when it comes to media playback you’re left relying on Microsoft’s rather poor Windows Media application with its fiddly menus and controls. Nevertheless, the S200’s audio playback quality is pretty good, although the supplied stereo headset is rather uncomfortable to wear. The good news is that there’s a standard headphone jack at the top of the handset so you can swap it for your own cans if you like.


For taking snaps Acer has kitted the S200 out with a 5-megapixel camera. This has autofocus and a rudimentary, single LED flash to help out in poorer lighting conditions. The indoor shots tend to be rather noisy unless it’s working under very bright lights, but outdoors it performs reasonably well, although it certainly won’t trouble even a bog standard compact camera in terms of quality.

The S200 is equipped with a mini-USB port rather than the micro-USB type that the EU wants to become standard on phones over the next few years. This is used for charging as well as syncing the phone with a PC. Windows Mobile handsets have never been marathon runners in terms of battery life, and with the large screen and fast 1GHz processor we weren’t overly confident in how the neoTouch would perform in this department. However, it’s not too bad at all as we managed to get around a day and a half out of its 1350mAh power pack with relatively heavy usage of its core features.

Unfortunately, things aren’t so rosy on the call quality front. The speaker phone is very poor and distorts so badly at higher volumes that it’s practically unusable. Worse still is the fact that the earpiece is rather quiet even when you’ve got it turned up full. This can cause problems when you’re using it in noisier environments such as on a busy street.


And while the Snapdragon processor produces lightning quick performance when, say, rendering web pages, there are still times when the phone suffered from random slow downs when opening apps or moving through menus. What’s more, the phone’s software still seems to have some bugs that need ironing out. For example, while using the FM radio tuner application the phone switched the output from the headset to the external speaker for no apparent reasons, and buttons sometimes randomly didn’t show up in the preferences screen.


The neoTouch S200 is a tale of two halves. On the upside it’s got a sleek design, extremely fast processor and a beautiful screen. However, it’s marred somewhat by its plastiky build quality, quiet earpiece and sometimes less than perfect software. That said, we do think you get a lot for you money and if you’re the type of person who values raw speed over build quality then we definitely think it’s worth checking out, especially as you can pick it up for less than HTC’s slower Touch HD. 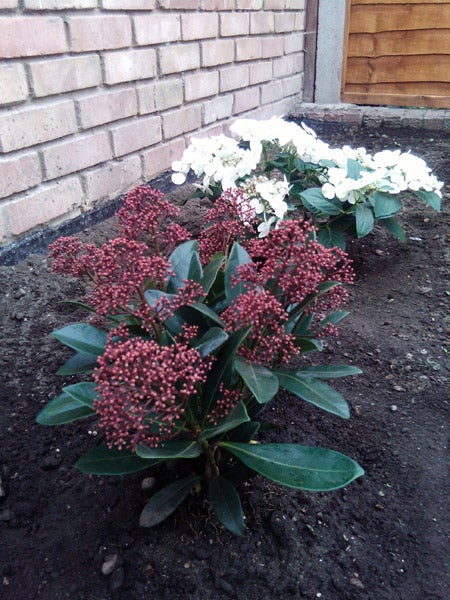 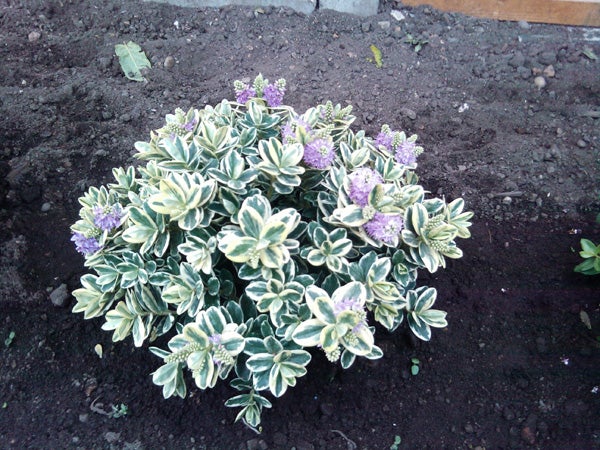