The Acer Liquid S2 runs Android, with some slight Acer tweaks. And as we saw with Acer’s hardware choices, a few of the changes lack the guile you’d hope to see.

One of the interface changes, for example, is a swipe screen transition that looks like something out of a Microsoft Powerpoint presentation. It’s not offensive, just a little naff. Acer has made only minor changes to vanilla Android, though, and the Liquid S2 uses Android 4.2 – Android 4.4 is the latest version at present. 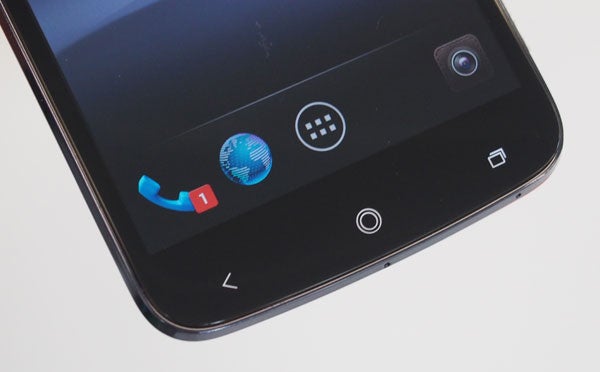 What is slightly disappointing is that there have been few optimisations made to make the most of the huge screen of the Liquid S2. Elements of the interface feel rather oversized, and while you can fit five shortcuts to a home screen rather than the normal four, it’s not enough to make it seem like Acer has really put the effort into making the screen size work for the phone.

There are some significant software alterations, though. The Liquid S2 features ‘floating’ elements – it’s a kind of multi-tasking. For example, when a call comes in you can let it appear as a widget that sits above whatever you’re doing, rather than taking over the whole screen. 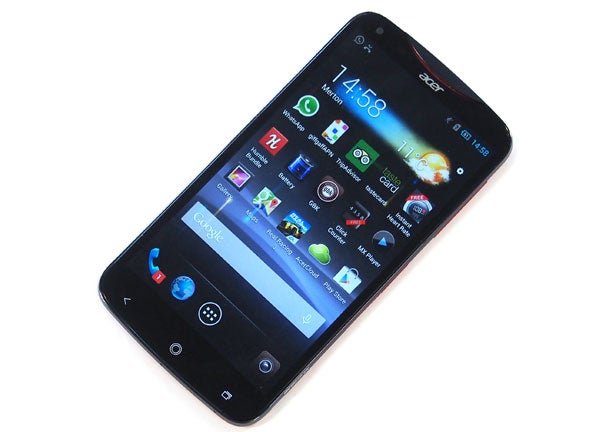 There are several of these floaters, including one that opens up any web page links as a floating widget. This is a neat idea, but as with other parts of the Acer Liquid S2, its execution is not 100 per cent slick.

Looking at the Settings menu, Acer also seemingly intended to offer a smart stylus with the Acer Liquid S2 – there are mentions of pen-specific features, but there’s no pen in the box. Consequently, it’s a more ‘standard’ phone than the Galaxy Note 3.

Performance is reasonably good, although we did notice the odd bit of lag – a little disappointing given quite how powerful this phone is. The Acer Liquid S2 has a Snapdragon 800 processor, which was top dog in the mobile world until phones like the Galaxy S5 arrived with Snapdragon 801 chips. These are essentially turbo-charged versions of the Snapdragon 800 – there’s no huge difference.

Like most of the top-end phones of today, the Acer Liquid S2 has 2GB of RAM. 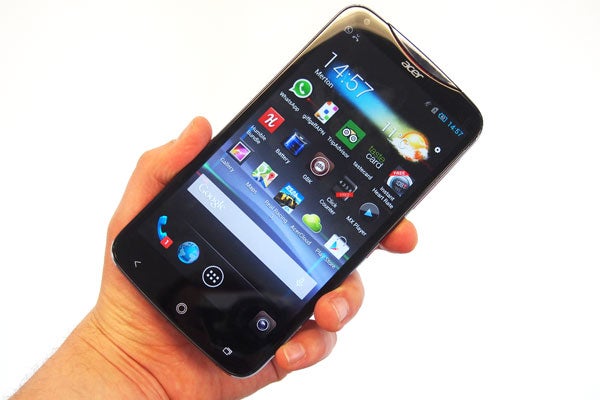 Having such a high-profile powerful chipset is great news for the phone’s gaming powers. High-end 3D games like Real Racing 3 run like a dream on the phone (with the minor frame rate drops seen in just about any mobile), and the huge display shines when held in landscape, running one of these titles.

Having reasonably good internal speakers also bolsters the Liquid S2 as a gaming machine. Little drivers are placed on the phone’s left side, giving some sense of stereo.

Sound quality isn’t quite as good as the HTC One M8 – which has the beefiest speakers in the mobile biz – but it is slightly above average. Still, these are normal phone speakers rather than really impressive ones. The sound is still somewhat thin, but with the added bonus of stereo. There is a Dolby sound enhancement mode, but it doesn’t really stop the phone from sounding quite bass-light. 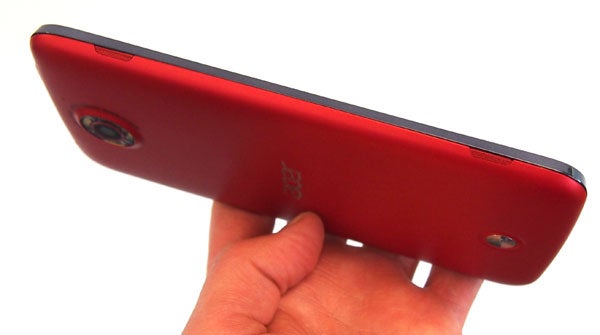 The one slightly sour note for gaming is the way the Acer Liquid S2 transmits heat. Only the bottom of the phone’s rear gets really hot. But this is just about the only place your hand is guaranteed to be while you use the phone. Some other phones try to avoid doing this, putting the hot zone nearer the top of the phone where your hands are less likely to be.

However, the phone never got seriously hot during testing. After playing a 3D game while charging the battery, it only got to ‘quite warm’ territory. It’s when you get beyond this to ‘seriously warm’, ‘worryingly warm’ or ‘dangerously warm’ that you need to pay attention.