After releasing a flurry of handsets towards the middle of last year, Acer has been relatively quiet on the smartphone front lately with just the lacklustre beTouch E130 breaking its silence. However, now it’s back with the Acer Liquid Metal – a smartphone running v2.2 of Android and sporting a fairly nippy processor and sharp multi-touch screen. However, there are plenty of good Android handsets on the market priced at a similar level, so how does this one stack up against the competition? 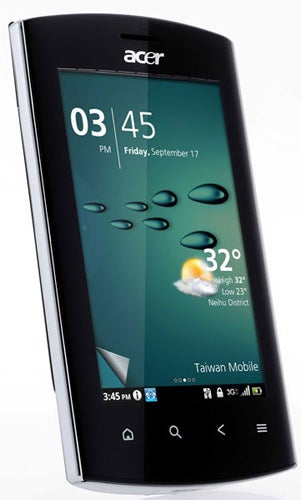 In our opinion, Acer has yet to hit the sweet spot when it comes to handset design. In the past, some of its models have come close, but none have yet reached the levels of desirability that other manufacturers like HTC have achieved. Unfortunately, the Liquid Metal continues this trend, but that’s not to say that it’s completely lacking in charm.


Like the original Acer Liquid A1, this model has a similar curvaceous design. In fact, both the front and the rear of the phone are curved giving it an oval shape when viewed from the top. Although in general the chassis feels a little bit more plastiky than we would have liked, Acer has actually used some aluminium on the battery cover. This has been finished with an attractive etched pattern and given a rich dark chocolate colour scheme. The edges of the phone are also finished in chrome, while the front of the handset has a glossy black coating. 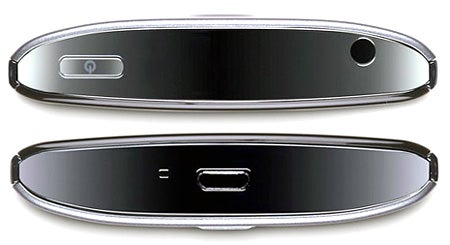 As far as we’re concerned there are two big problems with the design. The first is that there’s quite a large bezel around the screen. Not only does this make the phone look a bit old fashioned, but it also makes the screen seem smaller than it really is. The second issue is that the curved back means the handset rocks around if you try typing on it while it’s sitting on a desk.


Nevertheless, the Liquid Metal does have a standard headphone jack at the top and a micro-USB port at the bottom, which is used for charging and synchronizing it with a PC. Dedicated controls include a power button, camera key and volume rocker. There’s also a row of four responsive touch buttons at the bottom of the screen for the usual Android functions like Home and Menu.


Despite the thick bezel making it look small, the screen actually measures 3.6 inches across the diagonal and its resolution is very good at 840 x 480 pixels, so text in the web browser looks very sharp even when zoomed out a bit and pictures and icons also look crisp. Colours are impressively vivid and it’s certainly not lacking in brightness either. As you would expect on a mid-range Android device, the display is capacitive and so supports multi-touch gestures such as pinch-to-zoom in the browser. Crucially, it was quite accurate in our tests at registering touch input too.

The phone uses an MSM7230 processor, which is a second-generation Snapdragon chip. Although it’s clocked at 800MHz, this chip is actually a bit faster than many of the older 1GHz ones used in the previous generation of Android handsets. It certainly feels nippy. Apps load quickly and there’s little slow down even when you have a lot of apps open at once and are flicking between them. 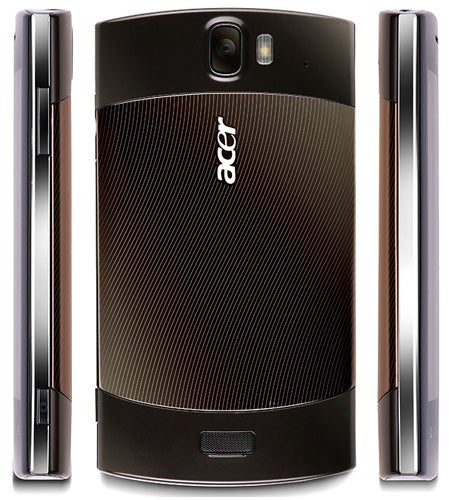 On the OS front, Acer has gone with the relatively recent V2.2 release of Android. However, by default the phone has Acer’s custom user interface ‘enhancements’ turned on. This is identical to the UI the company used on its Stream handset, but we think it’s a tad counter-intuitive to use. For example, it splits the Homescreen in two, with shortcuts to apps at the bottom and three sliding panels at the top. Widgets have been moved to a separate screen that you access by holding down the home button and even the notification tab that’s usually at the top has been moved to the centre of the homescreen. You can read more about it in our Stream review from last year. However, the good news is that you can easily turn it off in the settings menu and return to the standard Android UI.


Another feature that we found a bit disappointing was the camera. It uses a 5-megapixel sensor, has a single LED flash, and supports autofocus. The problem is that it seems to struggle to get its focusing right and as a result, shots are generally lacking the last mile in terms of detail. Colours aren’t all that accurate either and when it’s operating under lower light conditions images can be quite noisy. 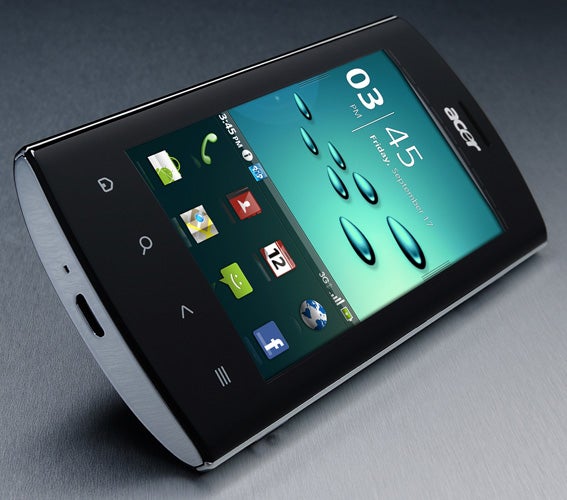 Nevertheless, the handset covers all the connectivity bases that you’d expect from an Android device. It supports 3G at speeds of up to 14.4Mbps and has Bluetooth and Wi-Fi onboard. Naturally, there’s GPS as well, allowing you to take advantage of one or the strengths of Android – its free turn-by-turn navigation.


Call quality was generally good too, although callers don’t sound quite as natural as they do on mid-range Nokia or Sony Ericsson handsets. Despite this, we had no problems understanding callers or them understanding our warblings. Battery life was pretty much par for the course on this type of Android phone. We got about two days out of it for normal stuff like calls and email, but this dropped off to around a day if we made quite a lot of use of GPS or web browsing over 3G.


The Liquid Metal definitely has its strengths. It has a good screen, decent processor and runs a recent version of Android. However, the handset’s design just doesn’t work as well as it should and detracts from its desirability. In addition, Acer should drop its custom Android interface as it only really succeeds in making Android more convoluted to use. Nevertheless, the price is attractive, so if you can put up with its quirks then the Liquid Metal may be a good buy. 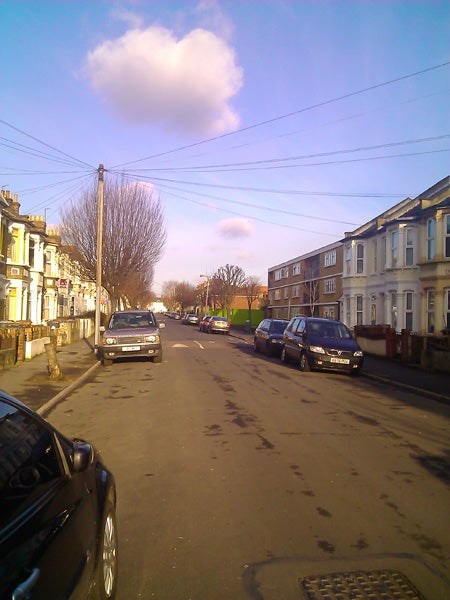 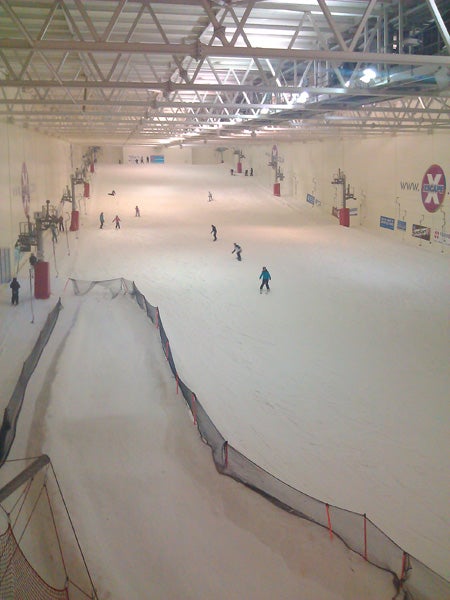 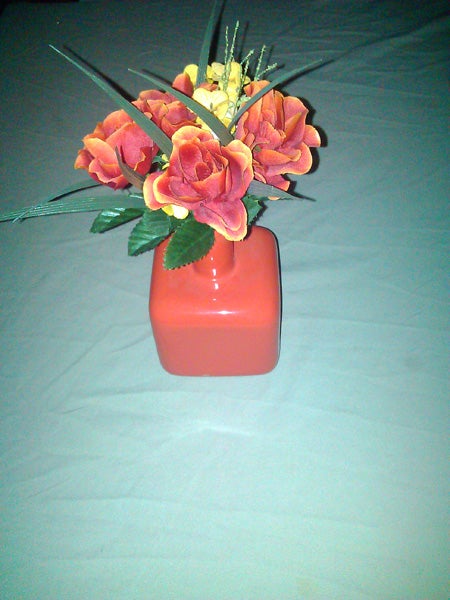