Acer’s budget smartphone runs on Android 4.4.2 KitKat straight out of the box. That’s not the latest version of Android, mind, but it’s a tried, tested, and reliable bit of software.

It’s important to note, however, that Acer runs its own “Float OS” on top of Android, which means you’re not getting the stock experience Google intended. This can be a good or bad thing, depending on how a manufacturer handles the software; we’d say Acer did alright. 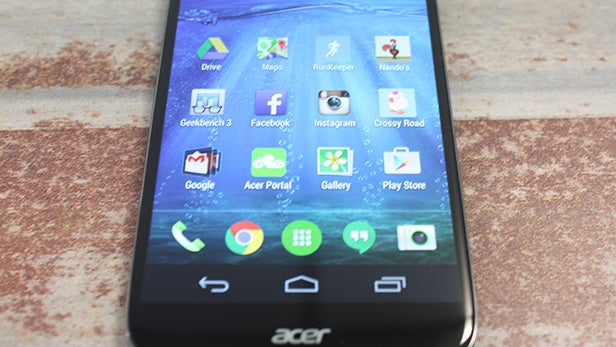 One key difference is the selection of Acer-branded apps bundled onto the phone. You’ll get some useful content like cloud storage, while Acer’s in-house camera app offers a bunch of extra camera settings that aren’t available in the standard Google shooter – more on that later.

Whether you like Acer’s bloatware is very much down to individual users – we didn’t find ourselves using it much however, so we’d rather they had left it off. A better solution would have been to offer the apps as an optional download during setup, rather than pre-installing them onto the device.

Perhaps the most useful Acer addition is the quick mode launcher, which lets you dumb down the interface to show just a few commonly used apps and features. Tech-savvy users won’t find much use out of the Fundamental Mode, but the basic interface it offers would be useful for someone still getting to grips with smartphones. 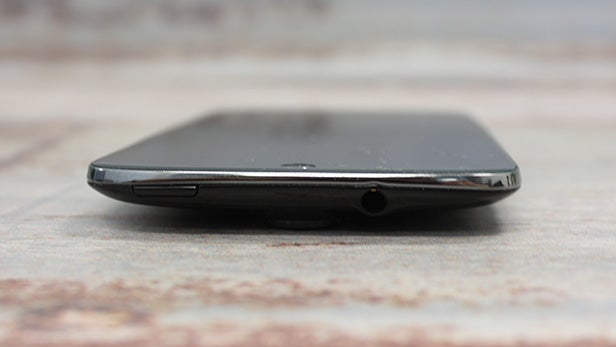 The recent apps listing also differs from stock Android, with Acer instead using a grid system to show apps. Want to close one? Just fling it off the screen. Simple. It also means you don’t need to scroll to see the apps you were recently using, which is convenient. This screen also shows off a selection of small apps – sort of like on Sony’s Xperia OS. This means you can use the Float apps on the same screen as other apps, which makes multitasking a breeze. There are only eight Float app options, including a calculator, camera, browser, and maps.

Acer hasn’t ventured too far from stock Android with the Liquid Jade, which is a sensible choice when designing budget smartphones. With low-end specs, code-heavy operating systems can be a burden on more basic handsets. Acer probably could have done without bundling so much of its own software onto the device, but you can use your own app alternatives if the bloatware really rubs you up the wrong way.

The Acer Liquid Jade’s computing heft comes courtesy of a quad-core Mediatek MT6582 chip clocked at 1.3GHz. This means ARM’s Cortex-A7 processor handles general tasks, while a Mali 400MP2 GPU takes care of gaming. This is a fairly typical of mid-range handsets, and is the same setup used by the Micromax and Spice Android One handsets, as well as the Karbonn Sparkle V.

The benchmark results for the Acer Liquid Jade are par for the course. We ran Geekbench 3 five times, with the multi-core score averaging out at 1191. That’s slightly lower than the Sparkle V’s 1200 score, despite that handset costing just £129. The Moto G 2014, meanwhile, manages just 1152, which is a small win for the Liquid Jade. 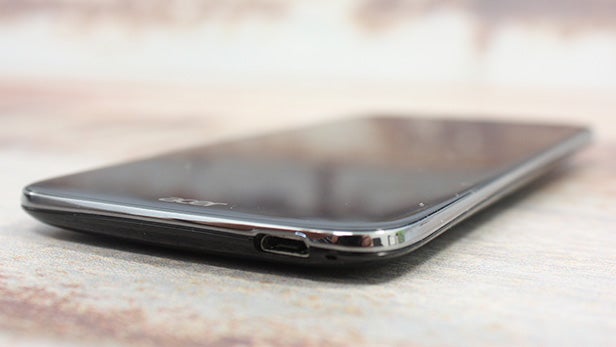 Despite the respectable benchmark scores, however, the handset is prone to occasional bouts of sluggishness. Content-heavy apps such as Facebook and Instagram can be slow to load, and animations often judder. This can be quite frustrating if you’re used to more expensive handsets.

The Acer Liquid Jade handles simple games well enough though, and we had no trouble running Crossy Road – what more do you need? You’re best avoiding any graphically demanding titles, though.

Acer also declined to include 4G, which we think was a big mistake. The UK has a rapidly growing 4G network infrastructure, and even budget phones benefit from the feature. A 3G connection will still let you get on with casual browsing, but don’t expect to stream Netflix in HD on the Liquid Jade.