It’s no secret, I wasn’t the biggest fan of Windows 10 Mobile when it launched at the end of 2015. Despite oozing potential and featuring a number of nifty features, such as baked-in Cortana support and Windows Continuum, the OS failed to deliver.

The initial Lumia 950 and Lumia 950 XL were both overpriced, and bugs in the code kept Microsoft’s OS for phones from achieving mobile greatness.

So then it would be completely justified if you questioned whether it’s worth checking out Acer’s opening Windows 10 mobile smartphone, the Acer Liquid Jade Primo.

If you’re an existing Windows Mobile fan, I’d recommend you cast aside your scepticism, If my initial impressions are correct, there’s plenty to like about Acer’s new handset. 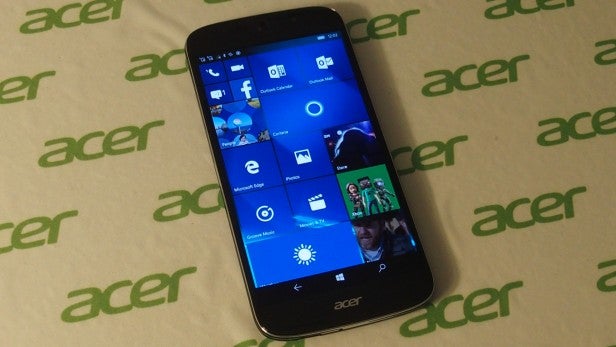 The Lumia 950 and 950 XL’s drab black polycarbonate designs were a huge disappointment, and only added to the growing rumblings that Windows phones are a little dull.

The Acer Liquid Jade Primo goes a long way to reverse this trend and is one of the best-looking Windows phones I’ve seen. It has a similar design to past Acer Liquid-series phones, such as the Android-powered Acer Liquid Jade – a handset that impressed looks-wise, but suffered from poor build quality.

Metallic-finished sides, a curved “hairline-brushed finish” rear and a 2.5D Gorilla Glass screen; these features combine to make the Liquid Jade Primo feel more ergonomic than the boxy Lumia 950. However, I’m not entirely convinced by the build quality of the backplate. Like the Liquid Jade, the rear feels a little flimsy.

Pressing down on the backplate I noticed a fair amount of flex; I’m not certain the phone would survive many accidental drops. However, this impression could be accentuated by the handset’s surprisingly light weight.

I am pleased to see the inclusion of a USB Type-C connector on the Liquid Jade Primo, however. USB Type-C is forecast to replace micro-USB as the smartphone’s standard connector. Its inclusion will boost the phone’s charge and data-transfer speeds, while also adding some future-proofing. 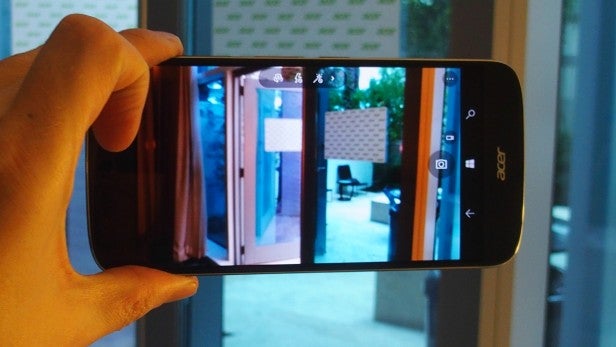 The Acer Liquid Jade Primo isn’t a cheap handset – it has a €569 starting price in Europe. This puts it on a par with Microsoft’s WIndows 10 Lumias – both handsets that in my mind were overpriced.

For Android users, this means that there are probably better deals out there, such as the Moto X Play, OnePlus 2 or Nexus 6P. However, by Windows 10 Mobile standards, the price is justified and the The Liquid Jade Primo features reasonably decent hardware.

The hexa-core Qualcomm Snapdragon 808 processor and 3GB of RAM proved more than powerful enough during my hands-on. Outside of the occasional software hiccups I experience on most phones running Windows 10 Mobile, the Acer phone ran stutter-free.

I was also impressed with Liquid Jade Primo’s 5.5-inch AMOLED screen. Acer claims the display covers 100% of the NTSC colour gamut – which is the colour range used to gauge most smartphones – and boasts 176-degree-wide viewing angles.

I didn’t get a chance to verify either of these claims during my hands-on, but was impressed with the screen’s performance. Blacks were inky and whites looked fairly clean. Colours were vibrant, without looking overcooked.

The Liquid Jade Primo’s rear 21-megapixel camera also performed fairly well during my opening tests – although I can’t definitively comment on its performance until I’ve viewed the photos on a larger screen. 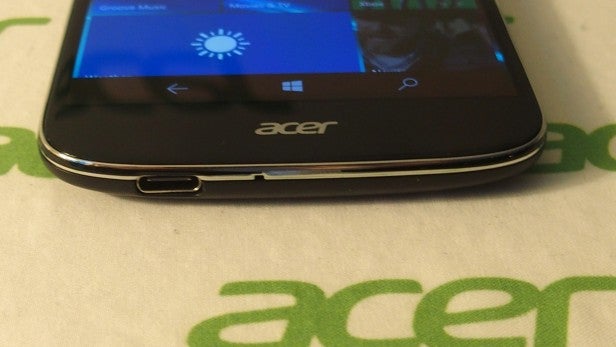 The use of Windows 10 Mobile is the Liquid Jade Primo’s most interesting feature. But it’s also a little like marmite, in that it will either excite or deter potential buyers.

Windows 10 Mobile is a key step by Microsoft’s to fix its smartphone OS’s app shortage, through a nifty idea called “Universal Apps”.

Universal Apps are a special type of application that take advantage of the fact that Windows 10’s mobile and desktop variants run using the same core code. In theory, this means that developers can create one app that, outside of a few small tweaks, will run across both versions of the OS.

The idea sounds great on paper, but I’m yet to see evidence of it having an impact; the Windows Store remains woefully light on applications. Outside of Microsoft’s own apps, many apps looked like they hadn’t been upgraded since the days Lumia phones featured Nokia branding.

That said, I did finally get a chance to check Windows 10 Mobile’s Continuum feature during my hands-on. Continuum is a cool feature that lets you turn any Windows 10 smartphone into a mini-PC using a custom Display dock from Microsoft – which costs £70.

This may sound strange, but during my hands-on the feature worked a treat on the Liquid Jade Primo. Connected to the dock, I was able to easily open Office documents and even managed to begin streaming an episode from Netflix on the external monitor. I can see the feature being a big sell for those who regularly travel and want to have access to all their core services without lugging around a full-sized laptop. 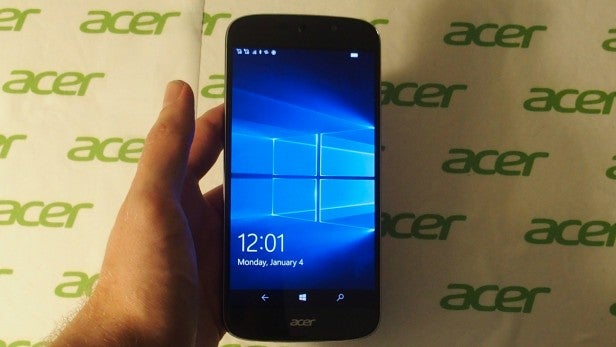 The Liquid Jade Primo won’t be the most interesting, or best-value smartphone on the market for those in the Android ecosystem. Competing phones such as the OnePlus 2 and Moto X Play offer significantly better value for money and comparatively good hardware.

However, I can see the handset carving a niche for itself with existing Window Phone fans. The Liquid Jade Primo has a more interesting design than Microsoft’s Lumias and offers competitive specifications.

If Microsoft’s Universal Apps offering does eventually pay off, I can also see the handset being a hit with business buyers looking for a secondary work phone – although from what I’ve seen so far, this remains a big “if”.