The E3 uses a non-removable Li-on battery and Acer doesn’t reveal the capacity. It claims you can expect up to 5 hours talktime and up to 260 hours on standby. In real world use you will get a day out of it, but probably not much more than that. Games and video streaming can quickly drain the life out of the battery.


There’s a Power save app tucked away in the app drawer where you can choose from Best mode or My mode. The former keeps all of the key features turned on while the latter lets users disable a series of battery-draining features like haptic feedback, the LED light and GPS.


Running a 720p HD video on loop with default brightness and apps and internet connection turned off, it manages just under nine hours. That’s less than the likes of the Moto G and the Xperia M2, both of which run on Snapdragon 400 CPUs and have numerous power management options in place. You’ll get a little longer with the Power Save, but not a greal deal.


It’s not the quickest at topping back up. A 30-minute charge on a flat battery can muster up less than 20%, which wont get you far. 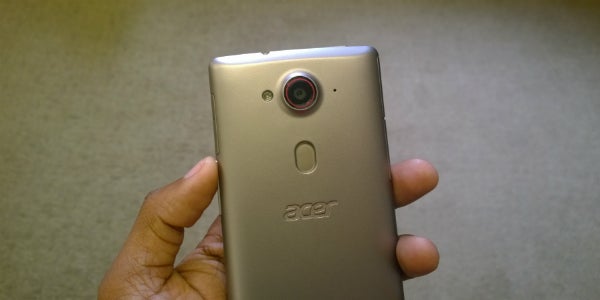 Don’t expect great things from phone call quality, either. Clarity on either end of reasonable, but can sound a little thin. It does include a dedicated microphone to offer active noise cancellation and that goes some way to help block out noise if there’s loud music in the background competing with your call.


As for speaker performance, it’s similarly underwhelming. There’s very little warmth and they are not exceptionally loud with rattling distortion at maximum volume.


Acer talks up the inclusion of DTS Studio Sound and goes as far to plaster the name on the back of the phone. Already common on PCs and some tablets, the audio technology aims to deliver rich, immersive sound. Venture into the Settings and you’ll find a section dedicated to it where you can adjust treble and bass with music and video equalizers.


It’s not something you can really appreciate without a pair of headphones on. If there’s potential for DTS, the Liquid E3 is not the device to showcase it. 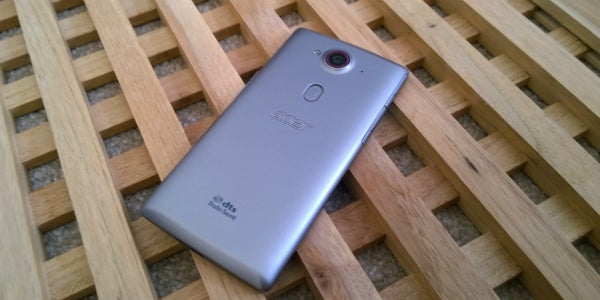 Should I buy the Acer Liquid E3?

The Acer Liquid E3 has a few standout features but as a full package doesn’t really cut it against the big boys.


When it costs close to £200, the Moto G is always going to come into the equation as well. Motorola’s handset might not be as capable in the camera department, but it’s equal if not better in every other way. It also offers 4G for less money. The £149 Xperia M2 is also cheaper and offers 4G and better battery life despite the lower resolution screen.


Bottom line: you can do better.

The Acer Liquid E3 is a good mid-range Android phone in many ways, but the sluggish performance really lets it down.