The Liquid E2 uses an 8-megapixel main camera and a two-megapixel secondary one. It has a decent spread of fun and creative modes too, without making the camera app at all tricky to use. 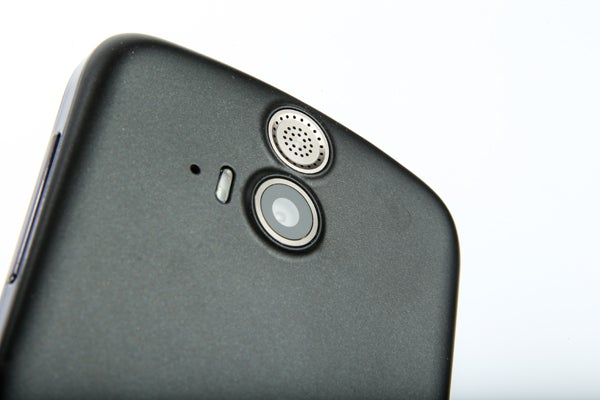 Along the left-hand side of the camera app is a thin scrolling menu of modes. Aside from fairly common modes, like Beauty Shot and auto-shutter Face Recognition, there’s HDR, Panorama and Multi View. The last is the most unusual, letting you take a take multiple shots moving around an object – then viewed like a digital flipbook.

Performance and image quality is patchy in parts. In daylight, the Liquid E2 captures evenly-exposed, natural-looking images with a good amount of detail – rivalling the iPhone 5. However, the camera isn’t clever enough to be truly successful. 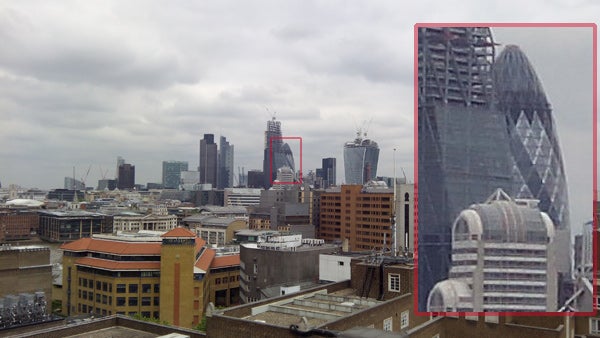 Its autofocus is generally quick, but often mis-reports focusing when shooting objects close-up. Its macro skills aren’t particularly strong, and we ended up with out of focus shots even when the camera app suggested the Liquid E2 had achieved a solid lock-on.

The foibles continue in low-light shooting. The phone has an LED flash, but it’s not used as a focusing aid, so any poorly lit object remotely close to the phone will be very blurry. These are software issues that could have been avoided with a little more fine-tuning.

The Acer Liquid E2 has a 2,000mAh battery. Stamina is more-or-less standard for an Android phone of this size – it’ll last for a day and a half with light use, but most will need to charge the phone each and every day.

Call quality is unremarkable, with a slight lack of top-end clarity and pedestrian top volume output from the earpiece speaker. However, like most phones these days it does employ a second microphone to reduce noise in the signal from your end of the call. 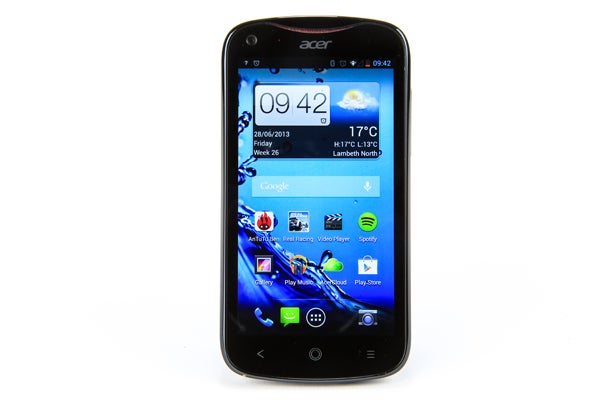 Should I Buy the Acer Liquid E2?

The Acer Liquid E2 tries to mark itself out as something other than a bog-standard Android phone, with its dual rear speakers and its option for dual SIMs. However, as its speakers aren’t worth praising and few people use dual-SIM phones in the UK, these selling points are not strong.

It’s a reasonably powerful phone, but can only compete with last year’s high-end phones, not so much this year’s ones.

It all comes down to price. It is set to sell for around £170, and at that price it’s distinctly more capable than anything you could buy from, say, Samsung. However, it’s nowhere near as stylish or neat as something like the HTC Desire X, and some will easily be swayed by bodywork, even if the Acer does offer a solid array of specs per pound.

If you can stretch to a Google Nexus 4, though, we recommend doing so. It has a more powerful processor, a superior screen and much more attractive bodywork.

For more alternatives, take a look at our Best Mobile Phones 2013 round-up.

The Acer Liquid E2 is a solid but ugly Android phone. Its stand-out design point – the speaker grilles – are eye-catching, but look more like sink plugholes than speaker ports. They’re a sham, too, as sound quality is nothing special. If you don’t mind the looks and just want a competent, well-priced Android device, though, the E2 supplies the goods.