We had a feeling of deja vu when we took the Liquid E out of the box as it looks almost identical to Acer’s first Android handset, the Liquid A1. Externally little seems to have changed, but under the bonnet there are some interesting tweaks, not least the update of the Android OS to version 2.1 and the fact that this finally allows the handset’s capacitive screen to support multi-touch – something we bemoaned the lack of on the original handset. However, plenty of fine Android handsets have hit the market since the original Liquid A1 appeared, so has Acer’s refresh of this phone done enough to help it keep pace with these newer models? 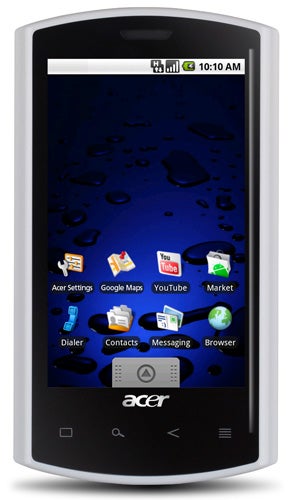 The Liquid has an identical chassis to the original phone, so it unfortunately suffers from the same problems. For starters, at 63mm it’s just slightly too wide to feel totally comfortable when you’re holding it. In addition, the white plastic used on the battery cover and edges looks rather cheap, especially given the phone’s high price tag. The same complaint can also be levelled at the chrome painted volume, camera and power buttons, and overall the design just lacks the premium feel of competitors like the HTC Legend. That said, there are some neat touches. For example, we really love the LED indictors at the top of the phone that light up to show you when you’ve got a new message or a missed call, as they allow you to take a quick glance at the phone’s status without having to take it out of your pocket. 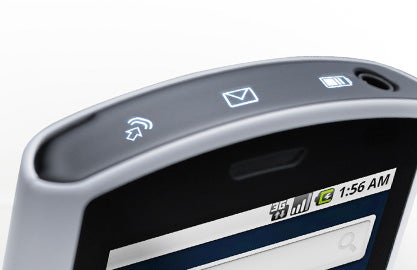 The Liquid’s 3.5in screen is also impressive. Not only is it relatively large, but its crisp WVGA (800 x 480) resolution and multi-touch support means it’s a pleasure to use for web browsing, or even just catching up on your emails. Colours look ace too and it produces surprisingly deep black levels for a non-AMOLED display.


As with the Liquid A1, the phone runs on a Qualcomm Snapdragon processor. This usually ticks over a 1GHz, but Acer has reined it back a bit here to run at 768MHz. However, it still has plenty of welly and in combination with the responsive capacitive screen makes the handset feel very quick and smooth to use. 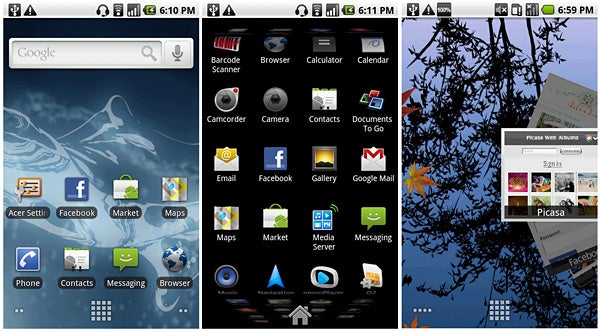 The big difference between this handset and the previous model is the upgraded OS. The Liquid E uses V2.1 as opposed to the V1.6 used on the Liquid A1. Not only does it bring that all important multi-touch support, but also means you get the new, improve browser, native Exchange email support as well as a range of interface tweaks. Acer hasn’t customised the user interface much, so what you get is pretty much the plain vanilla Android look and feel. However, it has added a few extra widgets including two wheel-style menus that sit on the two furthest panels from the centre. One shows browser bookmarks while the other acts as a mini multimedia viewer for photos, videos and music.


The company has also preloaded a number of apps including the Nemo multimedia player and a Media Server that lets you share videos, music and photos stored on the phone to uPnP compatible media players and TVs over Wi-Fi. Another addition is the Acer Settings screen that gives you quick access to stuff like the screen brightness level as well as switches to turn off and on Bluetooth, Wi-Fi and GPS.

As you would expect the handset uses the standard Android web browser and this benefits greatly from the multi-touch zooming support letting you more accurately zoom in and out on pictures and columns of text. The zooming is slightly faster and more jumpy than on the iPhone, but it still makes navigation of complex web pages much more intuitive than the double tap zooming on non multi-touch handsets. Thanks to support for both HSDPA (up to 7.2Mbps) and Wi-Fi, web pages are also fast to load no matter whether you’re on the move and using the mobile data network or at home browsing via Wi-Fi. 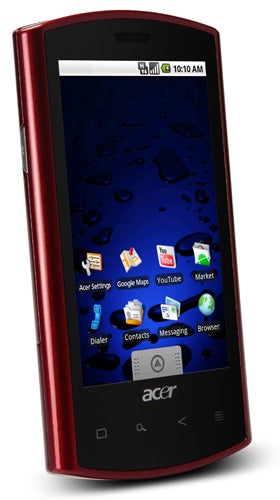 The phone’s Google Maps app also benefits greatly from the multi-touch zooming, allowing you to effortlessly use your fingers to zoom in and out on different areas on the map. As you would expect, the handset has onboard GPS so it can pin-point your position, and with a quick trip to the Android Market you can download the Google Navigation update for Google Maps, which gives you turn-by-turn navigation support complete with synthesised voice instructions.


Sensibly, Acer has kitted the phone out with a standard headphone jack (located at the top of the chassis) and although the bundled headphones are merely average, the sound quality from the jack is impressive when you use it with a decent set of cans. 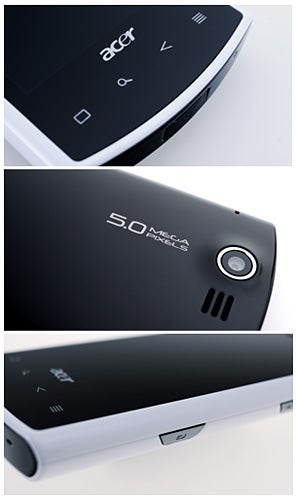 On the rear is a 5-megapixel camera. This does have auto-focus, but unfortunately, there’s no flash. However, there’s relatively little shutter lag when taking photos and outdoor shots generally look sharp. That said, it does have a tendency to slightly over saturate the colours at times. Furthermore, it’s not all that hot when working indoors as photos tend to look quite dark and grainy. The video mode is a bit lacklustre, too, as it has a maximum resolution of 640 x 480 pixels, which is somewhat behind the 720p capabilities of the likes of the Samsung Wave.


The main reason that Acer has decided to underclock the Snapdragon processor is to preserve battery life and it certainly seems to have helped. We managed to get about two and a half days out of it before it needed a recharge, which is impressive by smartphone standards.


Some of the Snapdragon-equipped phones we’ve tested have suffered from call quality problems where voice calls would descend into robotic warbles, but we thankfully had no such problems with the Liquid E. We found that the earpiece was loud enough to makes itself heard above the din in noisy bars and the mic delivered consistently crisp audio. The phone also seemed to hold on to a signal pretty well, even in less robust signal areas.


We’re not overly keen on the Liquid E’s design as it’s a little too plasticky and a tad too wide for our liking. However, if you can get past the design issues you’ll find a very capable handset with a fast processor, great capacitive screen and good all-round specification. At present, we think it’s priced a little too high in comparison to the likes of the HTC Legend, but if the price falls soon it may be worth serious consideration. 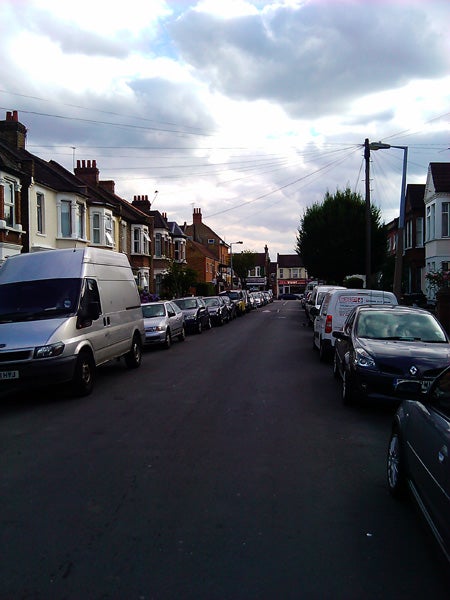 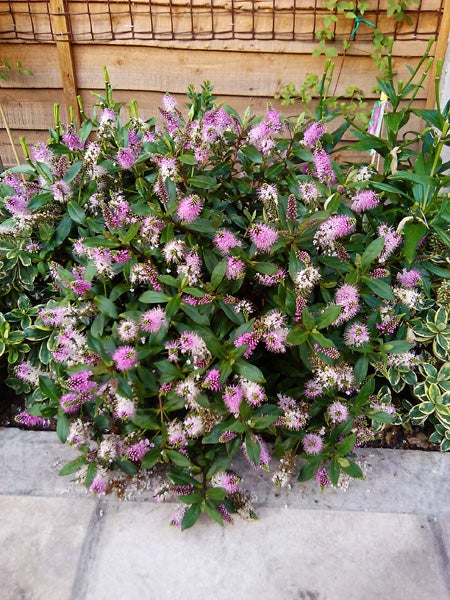 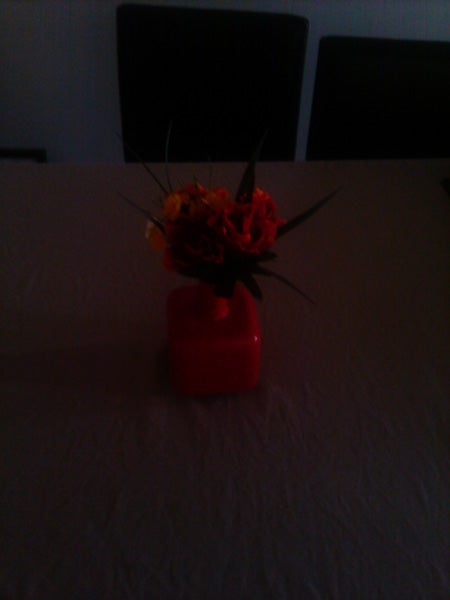