Acer’s venture into mobile phone territory has so far been limited to handsets based on Microsoft’s Windows Mobile operating system. Certain models, such as the tasty S200 and F900, were pretty impressive, but there have been misses, too, including the very disappointing E101. However, with the Liquid the company is finally venturing beyond Microsoft to give Android a try. On paper, the results look exciting as the Liquid boasts a Snapdragon processor and capacitive screen. As a result, we were keen to see whether it could give the likes of the HTC Hero a run for its money? 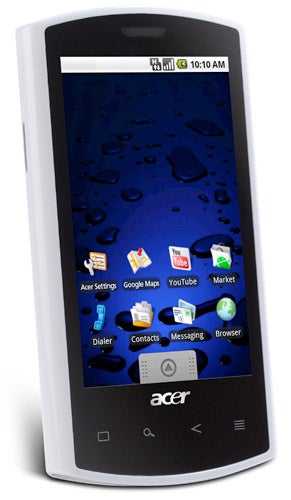 It has to be said that first impressions are a little bit disappointing. Some of Acer’s past efforts have been found lacking when it comes to build quality and the Liquid suffers in this department too, although thankfully not to the same degree as the company’s E101. The shiny white plastic used on the Liquid’s rear and sides looks quite cheap and the side-mounted buttons, although finished with metallic paint, suffer from the same problem. It is a shame Acer hasn’t achieved a better finish, as the handset actually feels quite sturdy to hold, and is certainly better in this regard than some of Nokia’s recent models, such as the X6 (which we’ll be looking at very soon).


Nevertheless, there are some nice design touches here and there. For example, we like the way the front touch buttons are mounted flush with the screen and the fact that Acer has also added three handy indicator icons to the top edge of the phone. These remain hidden most of the time, but light up when the handset is charging or you’ve got a missed call or unread message. What’s more, Acer has also sensibly kitted the phone out with a standard headphone jack so you can easily swap the supplied headphone for your own. The mini-USB port is also completely standard so you’ll have no problem topping it up with juice if you find yourself around a mate’s place when the battery is running low. 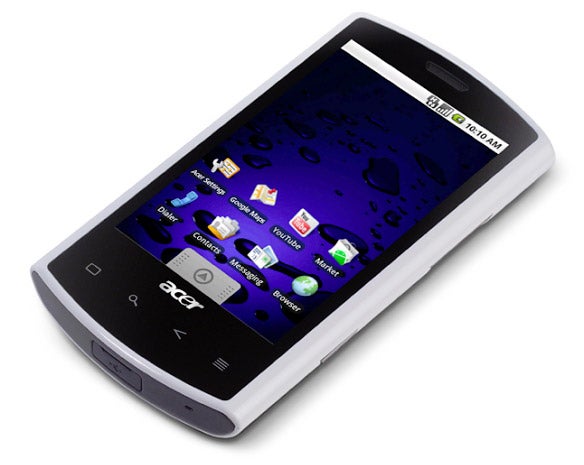 One of this phone’s key features is its capacitive screen. As far as we’re aware this is Acer’s first stab at using a capacitive rather than resistive display, but the results are very impressive. It is a pleasure to use as it’s every bit as responsive to finger presses and swipes as the Hero or even the iPhone. However, unlike those two models, Acer hasn’t added support for multi-touch so you can’t pinch to zoom in on pages in the web browser. This is a shame, but not a complete deal breaker. And while the display can only show 256,000 colours rather than the 16 million offered by the Hero and iPhone, in use this isn’t really all that noticeable as colours still look very vibrant and images and text look nice and sharp thanks to the display’s crisp WVGA resolution.

Unlike HTC, Acer hasn’t really gone out of its way to tweak the basic Android interface. The phone runs version 1.6 of Android (sadly there seems to be no plans to upgrade it to 2.0, at least at the moment) and the only real tweaks are a couple of carousel-style widgets for flicking through photos, music tracks, videos and bookmarks directly from the home screen; some basic integration of social networking features into the phone’s contacts book; and a new settings screen that’s more user-friendly than the native Android version. However, as the Android interface is already so well designed we don’t think manufacturers really need to mess around with it as much as Windows Mobile. And the lack of extras certainly keeps things rocking along at a lightning quick pace. 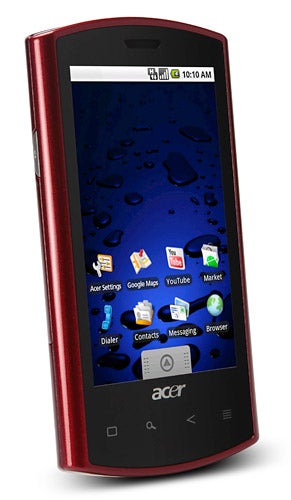 In fact, if there’s anywhere that this handset really excels, it’s in terms of raw speed. The Snapdragon processor (which is under clocked to 768MHz) really does work wonders here and in combination with the responsive capacitive screen makes the handset a pleasure to use as every touch, slide or tap is responded too virtually instantaneously. Compared to the sometimes-sluggish Hero it really is a revelation, despite the fact it’s working with only 256MB of RAM. 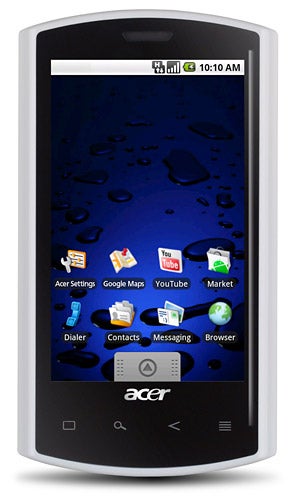 Some Snapdragon-based phones have had less than impressive call quality, but thankfully, we experienced no major issues with the Liquid A1 in this department. Speech from incoming callers holds together well and isn’t prone to warbling like on those other devices. Equally callers reported no problems, as audio from the mic was clear and distinct. However, the speakerphone mode isn’t wonderful as it does tend to sound brittle at higher volumes, but the Liquid is hardly the first smartphone to suffer from this issue.


Although you’d think the Snapdragon processor would be battery hungry, it’s actually not that bad in this department. We got between a day and a half and two days of usage out of it before it needed a recharge depending on how heavily we used features like GPS and 3G browsing, so in this regard it offers up similar performance to the majority of other Android handsets on the market.

The phone is also impressive when it comes to connectivity. Naturally, it’s quad-band and supports HSDPA at speeds of up to 7.2Mbps. There’s also Bluetooth 2.0 + EDR as well as Wi-Fi and the onboard GPS worked a treat with the Google Maps application, as it was quick to get a lock on our position even from a cold start.


The 5.0-megapixel camera isn’t so hot though. It does have autofocus, but lacks a flash so low-light shots are a bit of a no-no. However, if there’s enough light in a room or it’s working outdoors the results aren’t too bad as colours look reasonably accurate and it does capture a decent amount of detail. 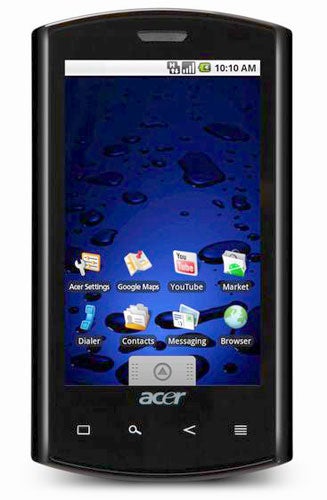 Audio quality from the supplied headphone isn’t too bad either, but we’d still advise you to swap them for a better set of cans. That way you’ll get to appreciate the handset’s impressive audio performance. However, if you’re planning on loading the phone up with lots of tunes it’s rather annoying to find that the microSD card is very fiddly to get at. It’s hidden under the battery cover, but worse still you have to actually take the battery out to be able to slide it into the slightly recessed slot.


The Liquid A1 doesn’t have the fancy ‘Sense’ add-ons that are offered on the Hero, but then unlike Windows Mobile, we’ve never been that convinced that you really need them on Android in the first place. Plus the phone certainly feels a lot more sprightly to use than the Hero as it doesn’t suffer from the slight sluggishness that can creep in to that model. It’s just a shame, then, that Acer hasn’t added multi-touch and improved the build quality a bit. If it had, Acer would have a real corker on its hands. As it is though, this is still a very impressive Android handset.