The Acer Iconia’s Jekyll and Hyde personality continues as you use it. It runs full Windows 8, not the neutered Windows RT variant, which means you can run full desktop apps as well as the tablet focussed touch apps from the tile-based (aka Metro) Windows 8 Start Screen.

Switching between the Windows 8 tablet and desktop modes is fast and seamless, but there’s no escaping the steep learning curve of Windows 8 – a fact compounded by the lack of an introductory tutorial, which makes it very hard for first time Windows 8 users to get started. While Windows 8 is, by its nature, more complex than Android, or iOS on the iPad, it lacks the their instant intuitiveness. 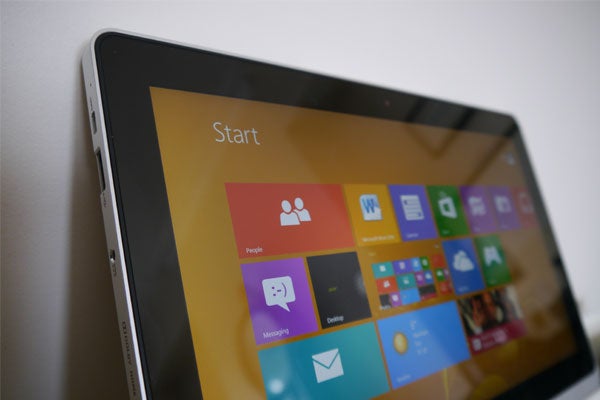 There are a couple of serious, non-Windows related, issues, too. One is the screen’s auto rotation sensor. It’s far too quick on the draw and frequently has a mind of its own, activating at the slightest sign of motion, a problem that continues to repeat and which quickly causes much annoyance.

The other is the noise. The Acer Iconia W700 is as loud, if not louder, than many laptops. Its internal fan kicks into overdrive during any prolonged period of use. It’s tolerable when used at a desk with a keyboard, but in tablet mode it’s seriously distracting.

The Acer Iconia W700’s dock and keyboard are the key to transforming it from a standard tablet to a genuine hybrid, so they need to hit the mark. We’ve already discussed how their build quality inspires little confidence, but sadly this is not where their problems end.

The Bluetooth keyboard is still the better of the two. It’s annoying that it relies on two AAA batteries, rather than being rechargeable, but the keys have a nice, reassuring action and it puts an end to using of the wrist-straining on-screen keyboard. 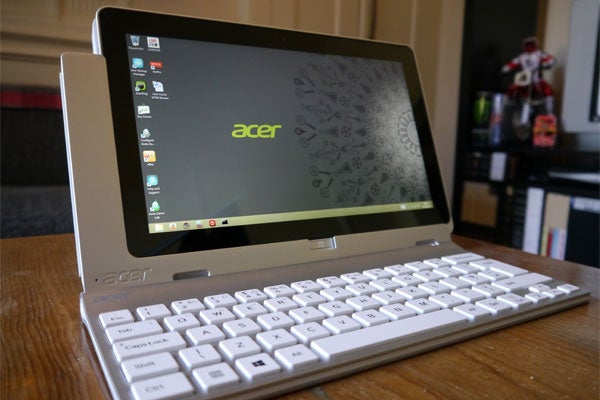 But the desktop dock is still a major weak point.

Like any decent dock, it adds extra ports – three USB ports – and charges the Acer Iconia W700 when docked. Yet its design lets the Acer Iconia W700 down in every other respect. The flimsy plastic stand, which slots into the dock’s rear so you can stand it up an adjust the angle, slides and rocks whenever you touch the screen, while a good two centimetres of the W700 dangles untidily over its outer edge.

The whole thing feels like an afterthought rather than an integral part of the product, as it ought to be.

Cameras aren’t the most used feature on any tablet, least of all ones designed for business and productivity, but the Acer Iconia W700 has a 5MP rear camera and a front-facing one all the same.

The rear camera is nothing special. It flattens shots with poor light management, contrast and detail, and there’s no flash for lighting up dark shots. It suffices for the most basic of purposes, but no more than that. 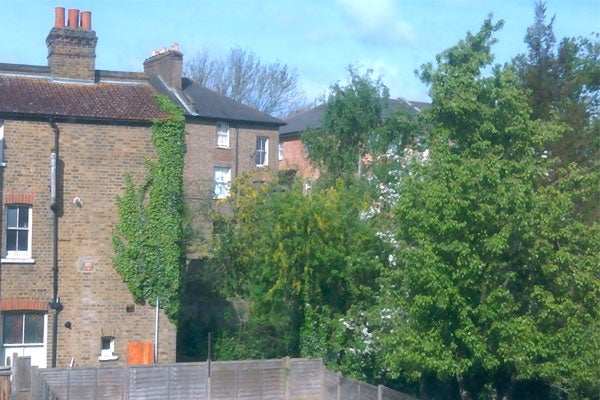 The front-facing camera, meanwhile, doesn’t rival the 2MP front-mounted snappers on many recent smartphones, but it ticks all the boxes required for video calling.