The major selling point of the W4, of course, is the ability to run a full version of Windows 8.1 as opposed to the more limiting Windows RT. This means you can install full desktop applications like Photoshop and with a free copy of Microsoft Home and Student 2013 included, work on documents and spreadsheets just like you would on a desktop or laptop.

You still have access to the tablet-optimized features like the tiled interface, dedicated Bing-powered content, the ability to multitask by snapping windows together and the charm bar to quickly access key features. You can also download apps from the Windows Store, though it is still lacking in comparison to Apple’s App or Mac Store.

Unlike Dell or Toshiba, Acer has packed on some of its own software, which include dedicated apps for working on documents, viewing video, photos, organizing screenshots and cloud support. You’re better sticking to Microsoft’s own versions of these services, though. 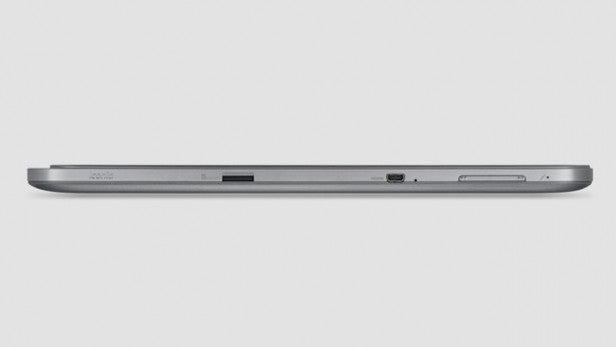 There’s a 64GB model, but the 32GB version we tried actually has closer to 25GB free so you don’t have much to play with in terms of storage, especially if you are planning to use this in the same way you’d use a fully-fledged PC for games and storing lots of video content. The MicroSD card support should help matters, but buying a high capacity SD cards is not cheap.

As our experiences with previous 8-inch Windows tablets prove, getting the classic desktop option on a smaller screen is not all that’s it cracked up to be. Despite the arrival of the latest Windows 8.1 update the same issues still persist. It’s just too fidgety to interact with when you don’t have a keyboard or a mouse. Pinch and zoom support within the UI would be massively beneficial and some scaling issues with apps like Netflix still persist.

It’s a great shame that this has not really been addressed in the latest Windows update as this continues to be the stumbling block that prevents the W4 and other 8-inch Windows tablets from being really useful without connecting to a larger screen. 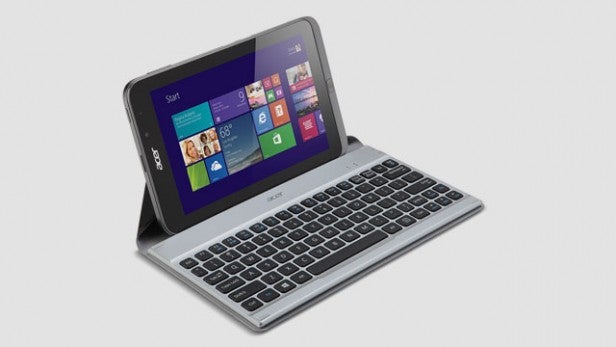 The Iconia W4 is powered by Intel’s Atom Bay Trail quad-core chip clocked at 1.8GHz with 2GB of RAM. While the RAM is the same as the W3, the chipset is a notable upgrade from the 1.50GHZ Intel Atom ZZ760 nestled inside Acer’s first 8-inch Windows tablet. That’s more than sufficient for everyday tasks you’d expect to use a tablet for like browsing and watching video.

When it comes to extreme multitasking, the cracks begin to show. In our attempts to download apps, run video, work in Office and have a browser open with several tabs, it does show some signs of strain at times forcing us to reach for the Ctrl, Alt, Del buttons. The loading icon still crops up more than we’d like especially when launching many of the tablet-optimized applications.

Testing its gaming prowess, it scores a 14,232 in the 3D Mark Ice Storm Unlimited gaming benchmark, which is higher than the Toshiba Encore (14,024) manages but lower than the Dell Venue Pro 8 which scores a 15,005. It’s not immediately apparent why the Venue Pro 8 outperforms the W4 as both run on the same quad-core chip clocked at 1.8GHz alongside the same Intel-based GPU.

In the real world test playing FIFA 14 and Halo: Spartan Assault there’s very little signs of issue. If you are going to try something more extensive, like play games from Steam, things might not be as slick or as smooth running, though.

Android and iOS still offer a more polished operating system when compared to Windows 8.1 on an 8-inch tablet. Both might lack the desktop functionality, but it’s a far less cluttered and laggy experience.

If you really have to take pictures with the W4 there’s a 5-megapixel main camera with autofocus and a 2-megapixel one up front. For video recording you can shoot in Full HD with both managing 60fps at 720p HD and 30fps in 1080p HD.

The camera UI, which is revealed when you swipe up from the bottom bezel, is very basic. It offers access to the camera roll, the option to change the camera, adding a timer or adjust the exposure. There’s no filter fun here or more crucially an LED flash, so don’t expect to swap your smartphone camera for the one on the W4.

As the sample pictures below show, results are not too dissimilar from what you would expect from a budget smartphone. Images are good but not spectacular. Colours can look muted and there’s definitely more than a hint of noise. It’s not fit for low-light photography and up front with the 2-megapixel camera images and videos are on the grainy and lacklustre side. You are not going to want to swap this for your smartphone. 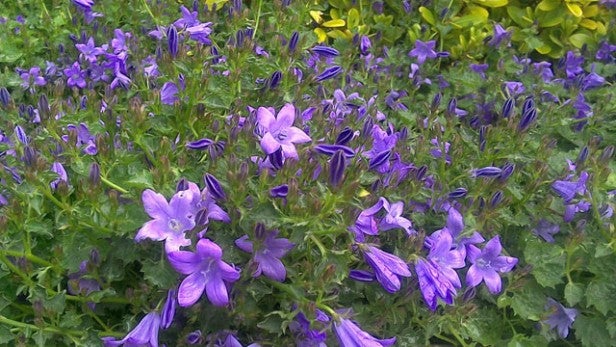 Colours can look muted even in brightly lit conditions. 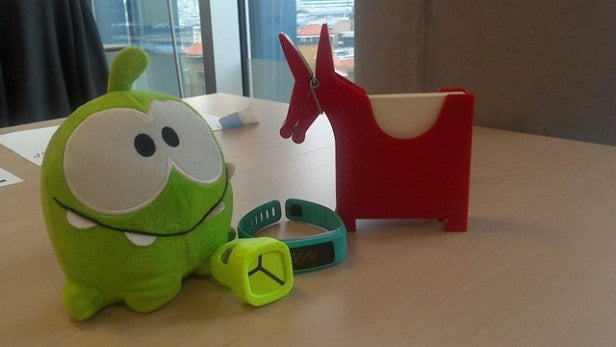